As well as going to the annual British birdwatching fair Rutland Water, we also explored around the parts of the reserve. On Saturday, in the afternoon we went to Lyndon NNR. We first saw a larvae of a Comma Butterfly feeding on the Nettle leaves, which is difficult to find as there is usually only one individual. Nearby was a Male Southern Hawker. From the hide we saw a pair of Great Crested Grebes nesting, Gadwalls, Mallards, Coots, Moorhens, Cormorants, Common Terns, Black-headed Gulls, Mute Swans, Shoveler, Sand Martins, Swallows, House Martins and the star bird we came to see was the Ospreys. This year, 4 Juveniles successfully fledged the nest and were about embark on their first migration to West Africa for the Winter. We then made our way back to the car park, on the way we saw both Common & Ruddy Darters & a Male Common Blue Butterfly. 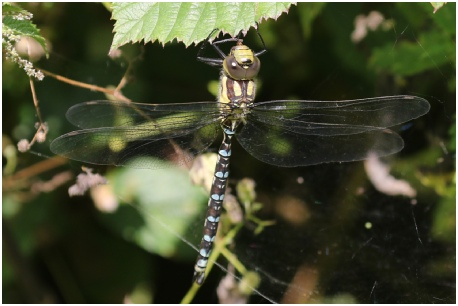 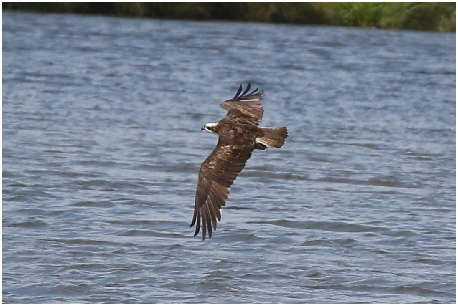 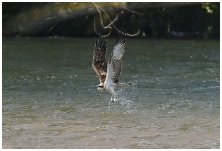 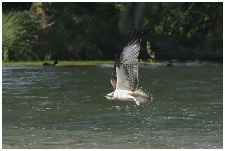 On the Sunday of the birdfair, we headed off to explore the Egleton part of the reserve. A Juvenile Smooth Newt was seen on the path by the one of car parks. We went to one of the hides looking over to Lagoon 4, where a pair of Ospreys gave fantastic views on top of a pole. The elusive Male Ruddy Shelduck was present & showed at times, although very distant. A few Common Terns were flying about the lagoons. A couple of Avocets were on one of the islands, which is unusual and a rare sight at Rutland Water. Although Me & Dad saw both the Ospreys and the distant Ruddy Shelduck from the Dunlin/Sandpiper Hide, Mum managed to see the Black Tern briefly from the Shoveler Hide. Also from the Shoveler Hide, were 2 Egyptian Geese swimming past. A couple of Great White Egrets made very brief fly pasts. The reserve is grazed by the flock of Soay Sheep. Finally at Rutland, we saw a couple of Common & Ruddy Darters near the one of the hides. 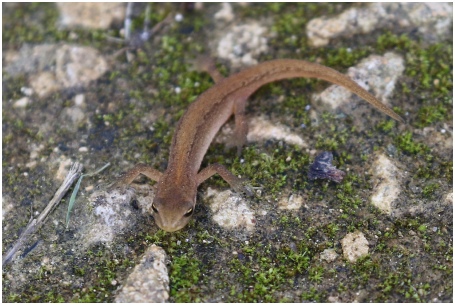 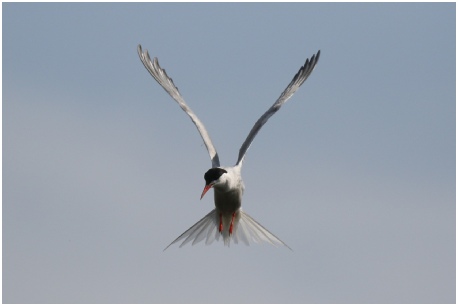 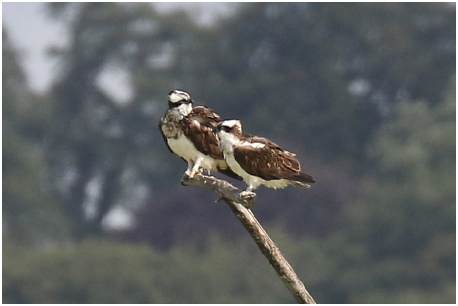 Me & Dad popped up to Chipping Sodbury Common in the morning to see what was around. We saw Blue Tits, Common Redstarts, Common & Lesser Whitehtroats, Northern Wheatear, Whinchats & Stonechats.

A few Small Heath Butterflies were still on the wing on the common as well as some small micro Moths. 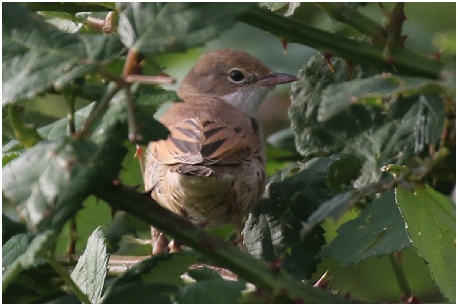 We started our visit to the Somerset Levels at Shapwick Heath NNR to look for the Osprey, which unfortunately took off before we got to the hide. At Noah's Lake Hide, we saw a Juvenile Marsh Harrier fly past. We saw quite a number of Dragonflies on the reserve. These included Common & Ruddy Darters, Southern & Brown Hawkers. On our way back to the car park, I spotted a Meadow Grasshopper [Chorthippus parallelus] on the path. Near the car park at Ham Wall RSPB, Me & Dad checked the buddleias for Butterflies. These produced Painted Ladies, Comma, Peacock, Red Admiral, Small Tortoiseshell & a Female Clouded Yellow of the form Helice. We then headed down to the Ham Wall RSPB reserve to see what else was about. From the 2nd viewing platform was a Male Common Darter perched on a stick.

A Great White Egret showed well at times from one of the viewing screens & eventually flew past in front to the reeds the other side. A Little Egret was on a floating raft with a few Mallards. In the afternoon, we went to look for the 3rd Egret species for the day at Catcott Lows NNR. When we first got to the hide, we saw a lot of Cattle Egrets resting on the bank behind the islands. Shortly after, they all flew off to forage in the field next to car park. Also a Marsh Harrier made a brief appearance. The Cattle Egrets showed very well for rest of the afternoon feeding alongside the cattle & was a great way to end the day. 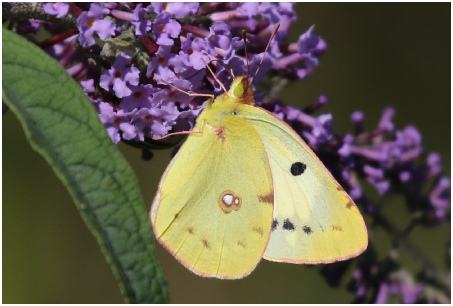 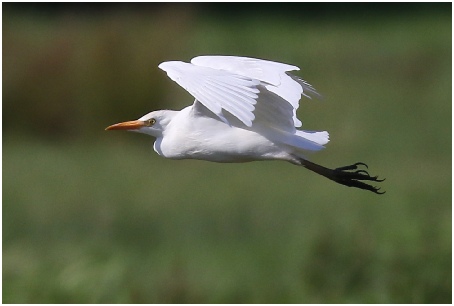 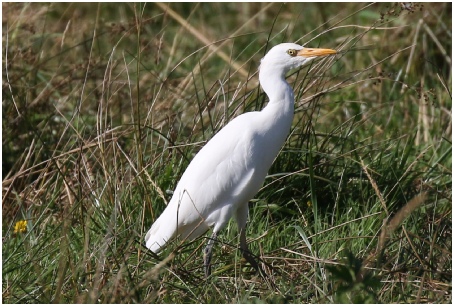 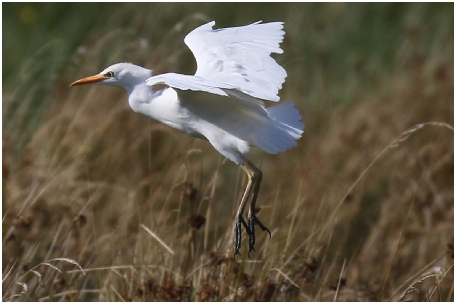 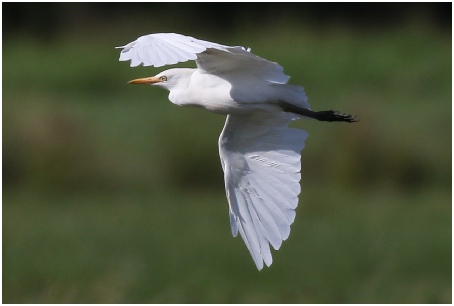 Having heard about the Brown Booby showing well at times around near the Lizard, we decided to go there for a weekend in early September. We started at Davidstow Airfield, where a Buff-breasted Sandpiper had been present for a couple of weeks. Our first bird encountered there was a Juvenile Ringed Plover. We managed to find the Buff-breasted Sandpiper foraging along by the verge of the old runway. This lovely little Wader is a regular vagrant from North America in the Autumn period from August-October. We mainly have Juvenile birds on British soil, with much fresher plumage than the Adults. The dullish plumage of this bird here, shows it as an Adult. We managed to see the bird foraging along the verge with Ringed Plovers & Lapwings.

We went to Kynance Cove on the Lizard, where the Booby had been seen. We saw a few Rock Pipits & had excellent views of the Cornish Choughs feeding near the car park. Sadly, we didn't see the Booby but was very happy with the Chough views nevertheless. 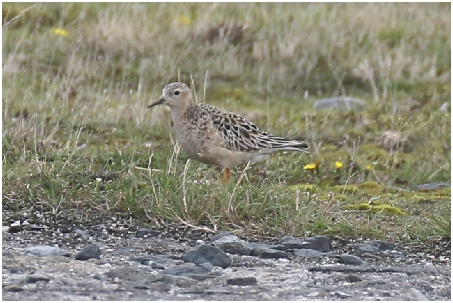 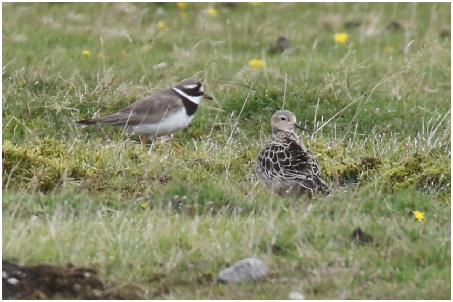 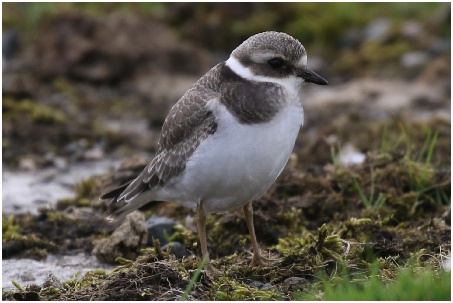 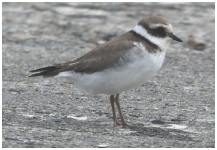 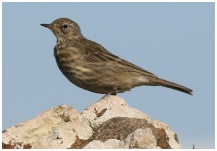 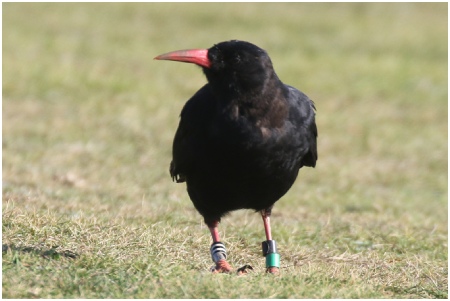 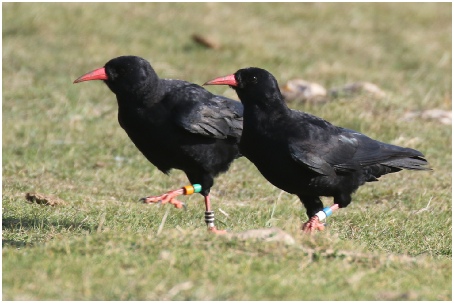 We popped down to Hayle's RSPB Ryan's Field & the estuary to look for the Osprey. The only birds we saw from the hide were mostly Black-headed Gulls. Outside the hide, I managed to find another Clouded Yellow Butterfly of the year, this time a normal varity. Also a Small Copper & a Silver Y Moth. There was nothing much of the estuary as the tide was out & definately no Osprey.

We then went to explore the Cot Valley near St Just. By the stream were a couple of Beautiful Demoiselles. Also saw a couple of Hornet Mimic Hoverflies [Volucella zonaria] feeding on the some of the plants. A couple of Ravens flew over the valley. A few Speckled Woods & Small Coppers were on the wing. Me & Mum walked up from the valley to Cape Cornwall along the coast path. All we saw on our walk were a couple of Stonechats & some Ravens. We saw another couple of Stonechat from the car park at Cape Cornwall, where Dad was waiting to pick us up. On the road near the car park was a Juvenile White Wagtail. In the afternoon, we went back to Hayle to see if the Osprey was there. A Female Common Blue was perched in the grass by the hide. We walked to the estuary and saw a Carrion Crow mobbing a Sparrowhawk. Another Crow was foraging on the estuary by the sea wall. Amongst a dozen or so Black-headed Gulls, we managed to find an Adult Mediterranean Gull. A Little Egret was fishing in the pool by the hide.

Our last port of call was the cliffs of Porthtowan where we had a short walk before heading home.

We didn’t see the Brown Booby, but it was a good weekend and the weather was brilliant. 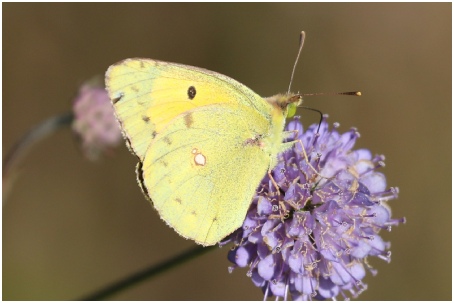 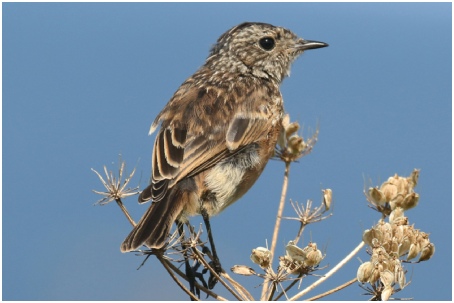 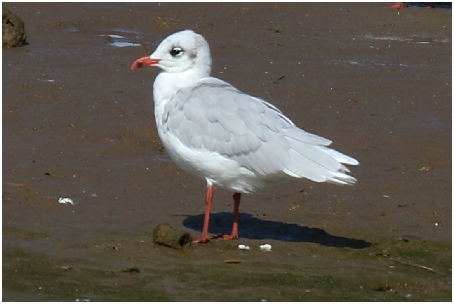 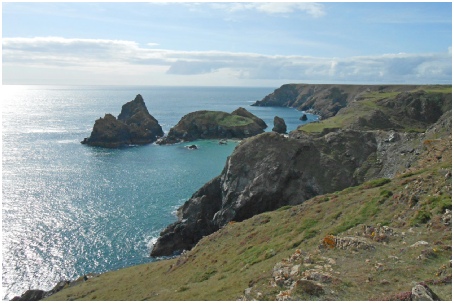 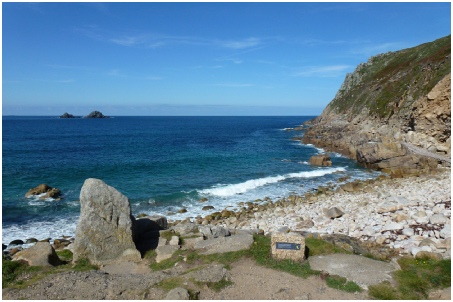 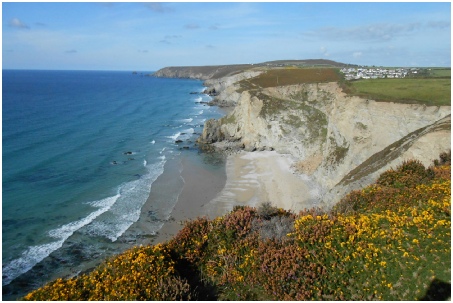