We popped down to Chew Valley Lake for a couple of hours. At Woodford Lodge we saw a Female Goosander and a Male Goldeneye. We saw a Common Gull & 3rd Winter Lesser Black-backed Gull at Heron's Green Bay. There were 3 Goosanders as well. We popped along to Herriott's Bridge where a Bittern was giving excellent views in the channel. On the other side was a Great White Egret & a Grey Wagtail. Our final port of call was at Stratford Hide where 3 Common Snipe were feeding on the bank. 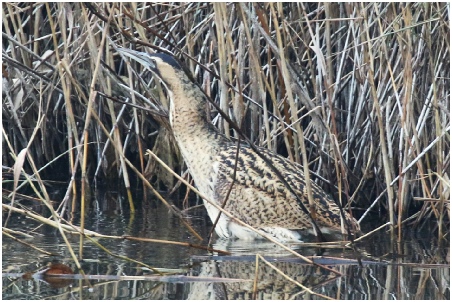 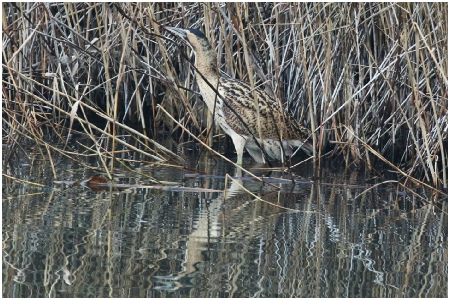 We headed up to Derbyshire to see the Dusky Thrush which was present in the village of Beeley. There were other birds including Great Spotted Woodpecker, Great Tit, Blue Tit, Fieldfare, Chaffinch, Robin, Redwing, Nuthatch & Long-tailed Tits. After giving us only fleeting glimpes, the 1st Winter Female showed well feeding on apples late afternoon. It then hopped onto the ground to forage before flying off. It was worth the wait in the rain and gloom. 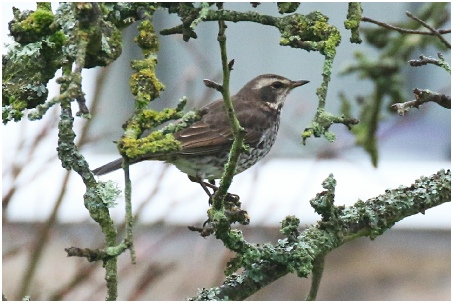 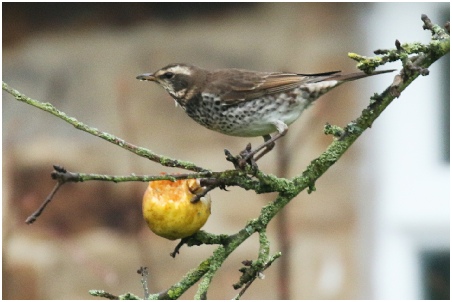 We heard a report of an Eastern Black Redstart in Tewkesbury late morning. In the afternoon we headed up to see it. The Male showed briefly at the base of the monument before flying up to the Abbey. It seemed do a circut from the Abbey to the Beech Tree. When it perched in the small tree, the orangey breast & belly could be seen. The Western birds typically have black bellies. It was a lovely bird to see & saved us the journey to Hartlepool! 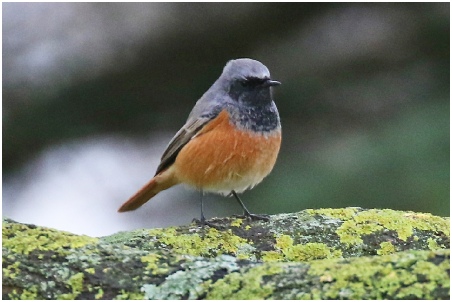 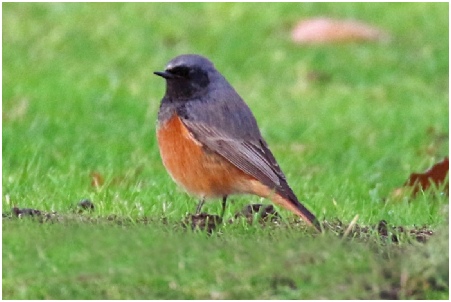 We went to Slimbridge WWT to see if the Bittern was about the reserve. We headed to the Kingfisher Hide, where it was see at 10:00 but it never showed for us. In the grounds on the way to the Kingfisher Hide, I spotted a Juvenile Rook. In the Rushy Pen were Teal, Pochard, Pintail, Bewick's Swans & Little Stint. There were a few more Bewick's Swans out on the Tack Piece. Also from the Robbie Garnett Hide were 2 of the 100 European White-fronted Geese swimming, preening & flapping in front of the hide. The Cranes also showed really well, and came to drink at the water's edge. The White-fronted Geese didn't like the Cranes walking past them & they soon took off, flying towards the 100 Acre. Afterwards we started to make our way home via Sharpness, to see if any Black Redstarts were about. We didn't see any, but saw a nice Song Thrush feeding on Rowan berries along with Fieldfares, Redwings & Blackbird. 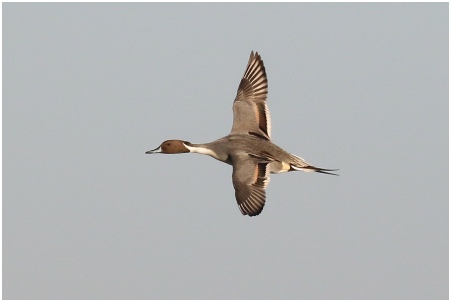 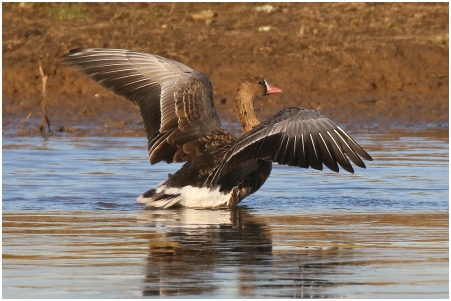 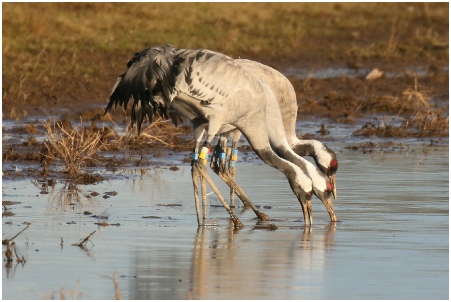 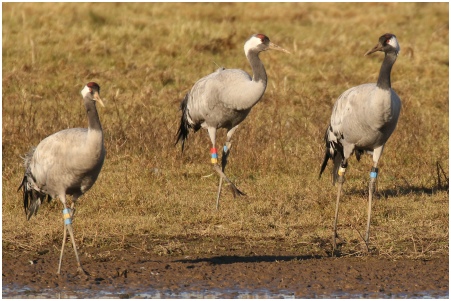 Our last twitch before Christmas was a Blyth's Pipit that was found at Blagdon Lake. The 1st Winter was foraging along the shoreline with Meadow Pipits. It was very long legged and clawed compared with the Meadow Pipits. Unlike the Meadow Pipits, it has white lores (area between bill & eye) which can be confused with a similar Richard's Pipit. A few Great White Egrets flew past along with some Little Egrets. Afterwards we had a quick look around Chew Valley Lake to see what was about. At Herriott's Bridge, a Great White Egret was fishing in the channel & another was in the pool. A Great Crested Grebe swam out from the channel. A Grey Wagtail was perched on the dam. Finally some Reed Buntings were feeding on seed.

We went to the Forest of Dean on Boxing Day as we thought, it would be a quiet day. Wrong! At Cannop Ponds it was chock a block. We then went to Speech House where we saw Blackbirds, Nuthatches, Coal Tit, Blue Tit, Great Tit, Grey Squirrel, Chaffinches, Robin and a Great Spotted Woodpecker. We headed to Cinderford to see if we could the Waxwings that had been reported, but no sign. We had a quick stop at Aust on the way home to see if there was any Short-eared Owls about but again, saw nothing.

Our final twitch of the year was a Blue Rock Thrush that was found in Stow-on-the-Wold. This 1st Winter Male had been a bit elusive and was showing until midday. It had been mainly seen on top of the roof and going down into the gardens to feed. We're still not 100% that this is wild bird or not, but it still a nice bird. On the way home we stopped to look for Owls, but sadly none. We only saw a Red Kite fly over the field.

We popped to Slimbridge WWT for a couple of hours before New Year's Eve. In the Rushy Pen, the Little Stint was still present with a Dunlin. Quite a number of Pintails, Bewick's Swans were also present. We went along the Holden walkway, but it was very quiet. We only saw a flock of Greylag Geese & the Cranes from Robbie Garnett Hide. A couple of Cranes were dancing briefly, but not fully. We headed down to Van de Bovenkamp Hide, where the Bittern was showing well at times. While we were in the Kingfisher Hide, a Male Sparrowhawk perched in the reeds & made one of Bitterns take off. Thats it for 2016, let's see what 2017 brings. 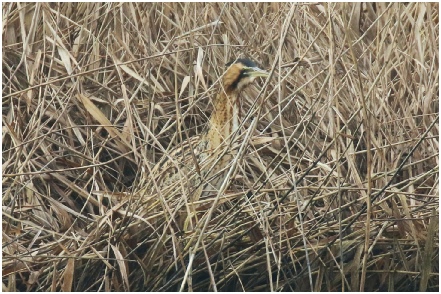 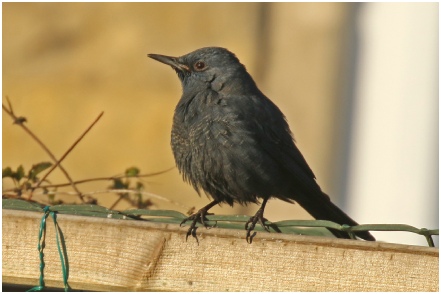 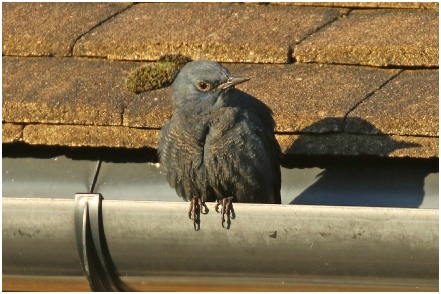 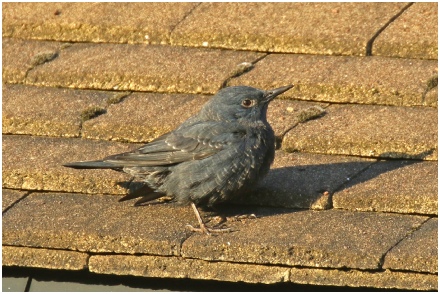 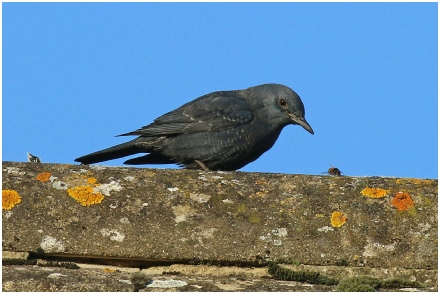 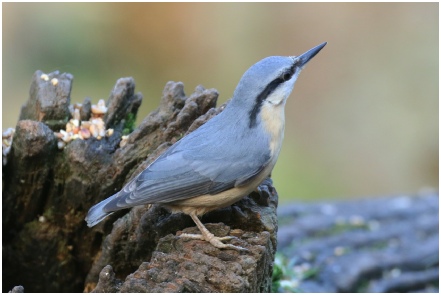 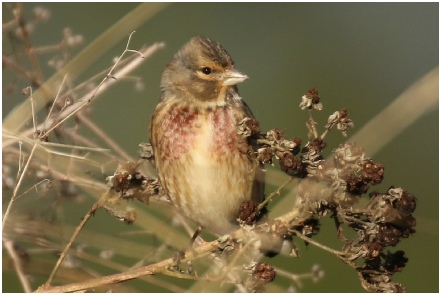 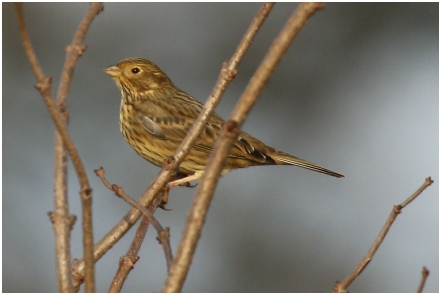 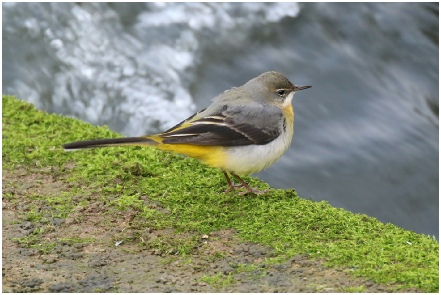 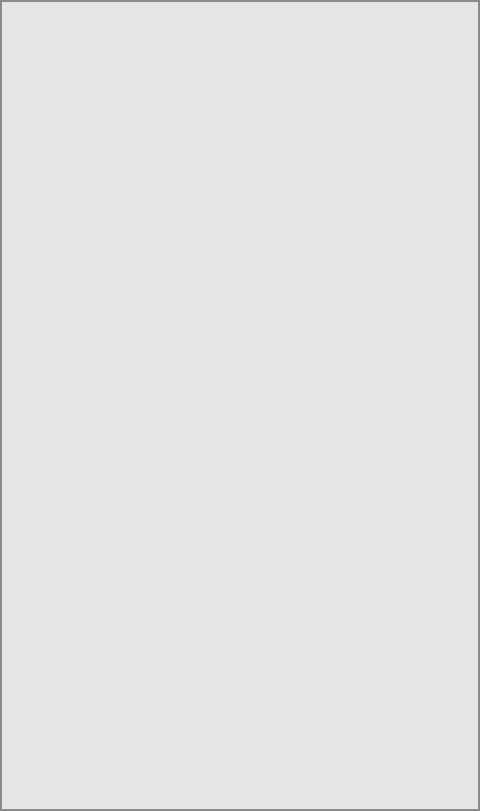 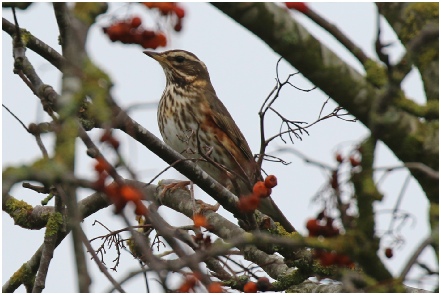 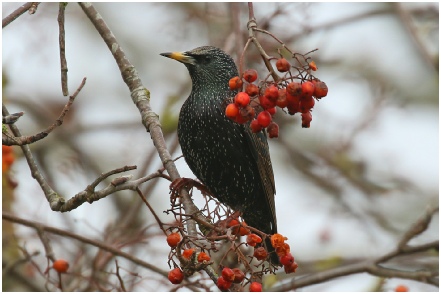 Yate 19-12-16
Popped over the road to Shire Way to see if there were any Waxwings on the Rowans. Up to 8 Redwings were there plus a few Starlings and a Fieldfare. The Waxwings better hurry up or all the berries will have gone before they get here. 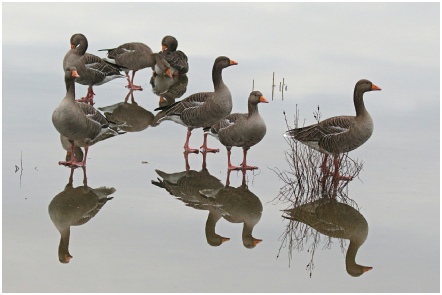