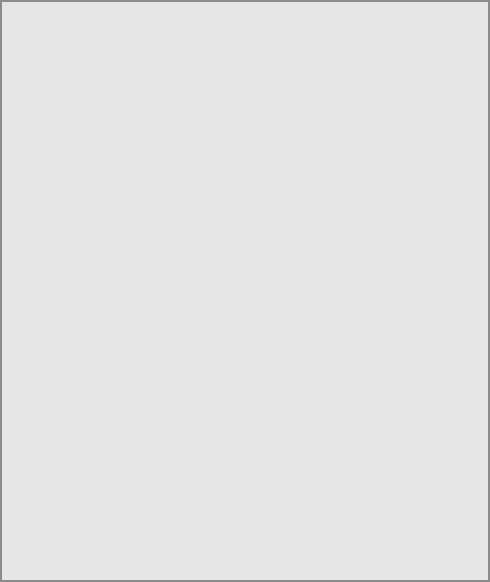 Another day, while working at Organic Blooms on my break, I saw a Dunnock, Robins, Blackbirds, House Sparrows, the Female Common Kestrel was still present around the site & a couple of Wood Pigeons. 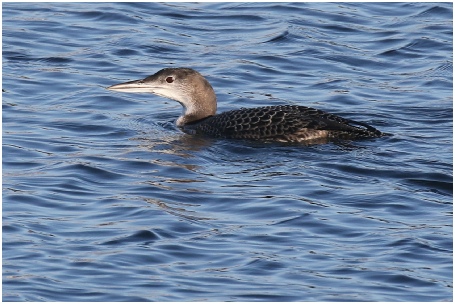 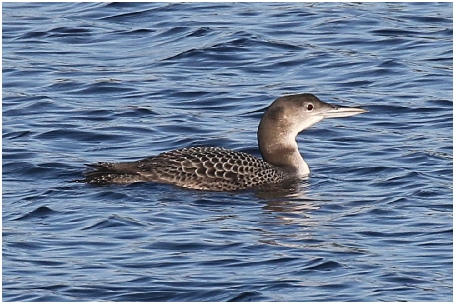 Me & Dad went to Barrow Gurney Reservoirs to look for the Great Northern Diver & Long-tailed Duck. A few Cormorants were seen around Tanks no  1 & 2. The Juvenile Great Northern Diver, which had been present for 3 days showed very well on Tank no 2. It remained in the area until 24th December 2020, when it seen early morning before taking off & was not seen again in the afternoon. The Male Long-tailed Duck returned for his third year at Barrow Gurney, but remained distant for most of our visit. On our way back to the car, we saw Pied Wagtail, Grey Wagtail & Meadow Pipit. 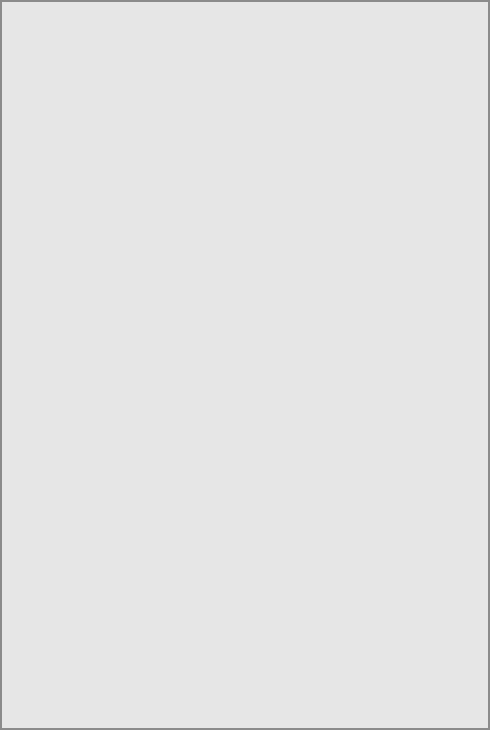 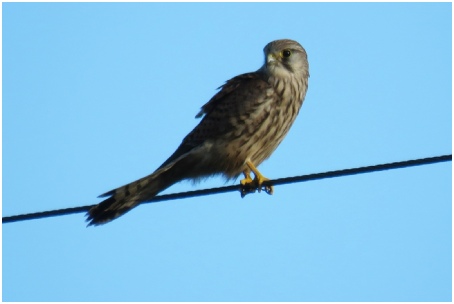 On one of my final weeks at Organic Blooms before Christmas, I photographed a Female Common Kestrel, Male Blackbird & a couple of Herring Gulls during my breaktime. I saw some molehills on our site, so we must have some about. I’m unlikely to get a picture of one though as they are very tricky to photograph in the wild.

On Sunday 13th December, a Male Sparrowhawk flew in & caught one of our Sparrows in the garden on a very dull morning. Much to Mum’s dismay, it stayed in the garden to pluck and eat it. She wasn’t very happy having to clear up the mess, but I had great views of it. 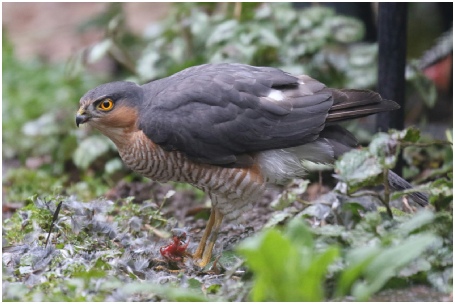 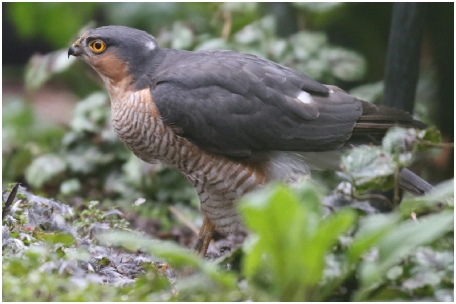 We went to Barrow Gurney Reservoirs to see the Long-tailed Duck. There was still a few Cormorants around the Tanks no 1 & 2. A few Common Pochards were seen on no 1 Tank with some Tufted Ducks. I managed to see this magnificent Male Long-tailed Duck at close quarters on Tank no 1, in good sunlight.

In the afternoon, we went to look at Chew Valley Lake. We started at the Stratford Hide to look for the Slavonian Grebe, but sadly didn’t see it. The water level at this time of the year was very high. We saw Coots, Juvenile Grey Heron, Little Grebe, Cormorants, Common Pochards & a Female Goldeneye. Not long after we left the hide & went to Heron’s Green Bay, there was report on Twitter about 12 Red-crested Pochards in front of Stratford Hide. Drat! At Heron’s Green Bay, we saw the Slavonian Grebe very distantly. Also a flock of Canada Geese, Lesser Black-backed Gulls & Mallards including a unusual hybrid.

Several Common Gulls were seen flying around Heron’s Green Bay in the late afternoon sunlight. We had another quick look from the Stratford Hide. We saw Common Pochards, Cormorant, Canada Geese, Pintails & a Marsh Harrier with a wing tag. It was a lovely way to spend Christmas Day and the weather was so nice it would be a waste to be indoors. 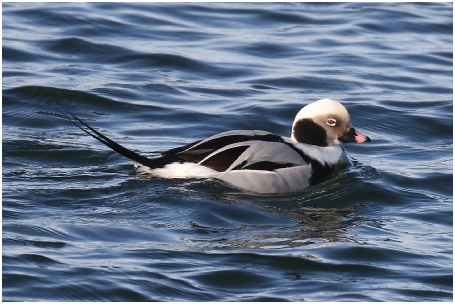 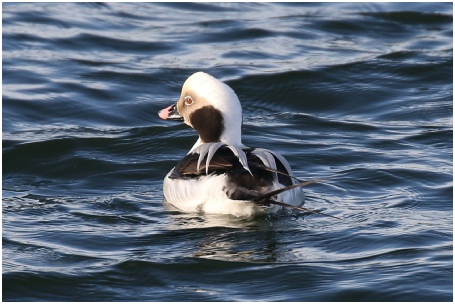 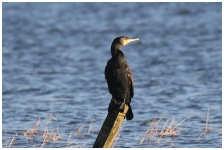 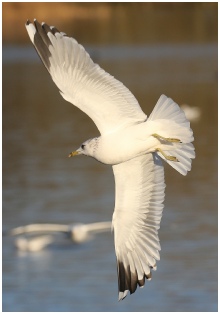 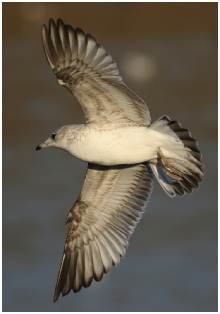 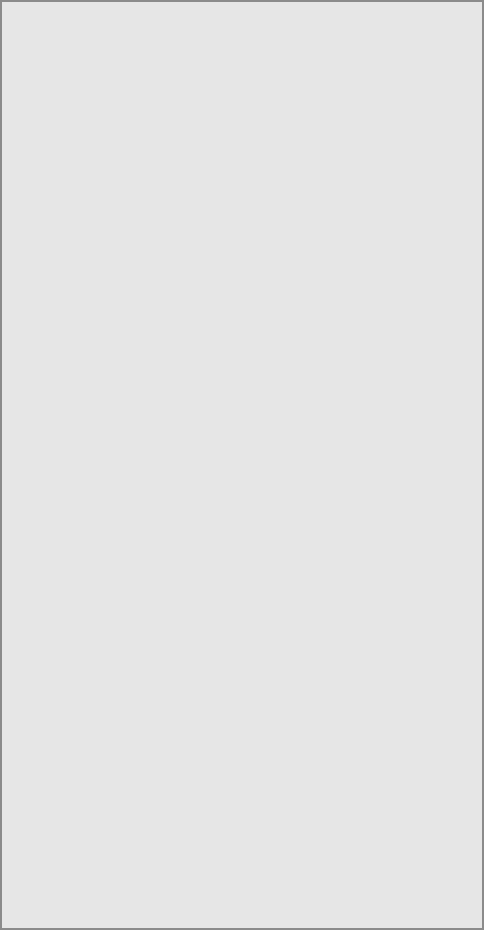 On Boxing Day, our returning Male Blackcap was seen in our front garden in early afternoon.

Also saw 4-5 Wood Pigeons, 4 Collared Doves, Male Pied Wagtail, 2 Chaffinch & several Goldfinch, one less thank to a very sneaky Sparrowhawk that slipped into the garden undetected. All we found was a pile of feathers. 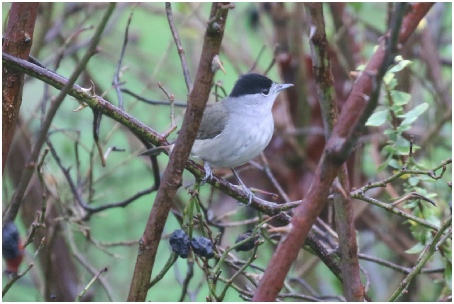 Today we had a drive around Marshfield to see what we could find. We saw a huge flock of Common Starling flushed from & field along Rushmead Lane, due the presence of a Sparrowhawk & Common Buzzard. Also a couple of Corn Buntings perched in the tree with the Starlings. Later during the course of the day, we saw a couple of Red-legged Partridges. However the star bird of the day was a Grey Wagtail, foraging around the manure piles along Rushmead Lane. 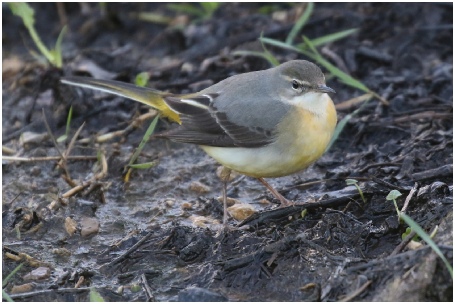 Common Starlings with a Corn Bunting 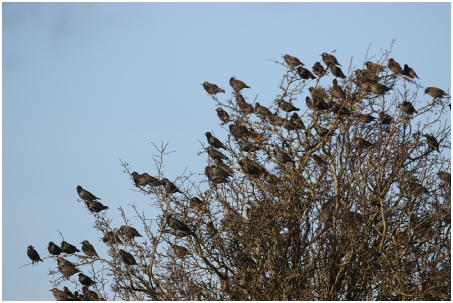