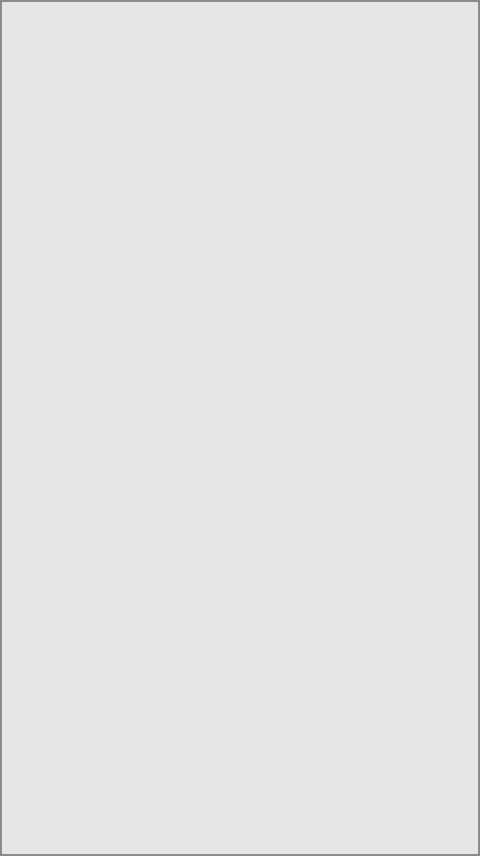 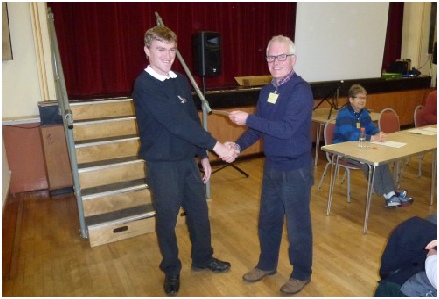 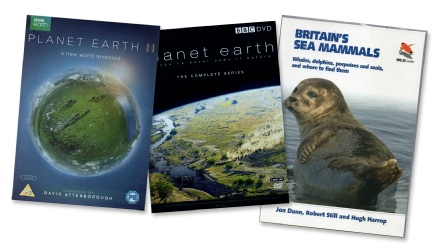 I was thrilled to receive the Stanley Crick Award at the Bristol Ornithological Club’s AGM and an Amazon gift token. Below is the items I bought with it. Two Planet Earth DVD’s and a book of Sea Mammals . I would like to thank Gordon Youdale, Ken Carruthers and the rest of the BOC committee for nominating me.

We headed down to the Somerset Levels as Dad had to take something back to Cheddar, so he dropped us off for the morning at Ham Wall RSPB. We saw some Great & Blue Tits, Robins & a Male Reed Bunting by the feeders. We popped along to the Tor View Hide where a Great White Egret was hiding in the reeds. There was also quite a few Shovelers & Pochards. A Male Marsh Harrier flew behind the reeds. On the boardwalk was a Male Chaffinch feeding on some seed, that got blown off the reedheads. By the 2nd viewing platform were a pair of Lesser Black-backed Gulls. We popped along to the Alavon Hide, where there were Shoveler, Great Crested Grebe, Gadwall & an excellent view of a Female Marsh Harrier, but no Glossy Ibis. After we made our way back to the 1st viewing platform, Dad was watching a Great White Egret fishing at the back of the lake. We went to Brean Down Cove to look for the Black Redstart, which had been there all Winter. The bird showed very well after a bit of patience. At first glance I thought it was an Adult Female. However when I got back home & studied it in more detail, it was a much darker brown than I orginally thought. I looked in my bird book and it confirmed it as a 1st Winter Male, as it was a bit more darker brown than a Female Black Redstart would be. Also it had a bit of white in the wing primaries. 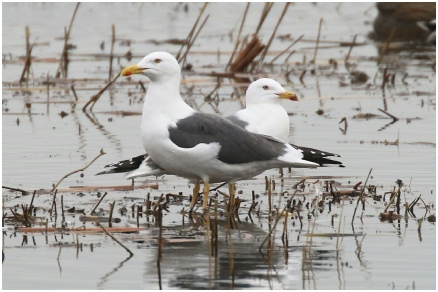 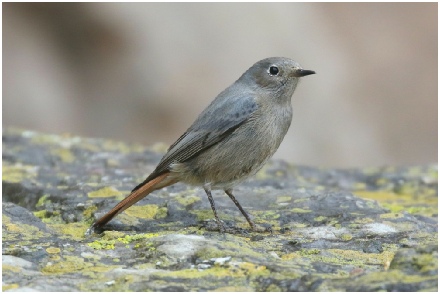 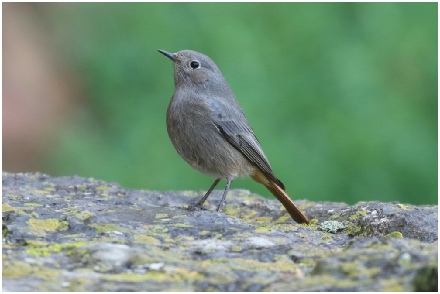 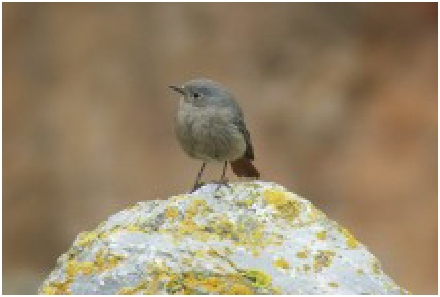 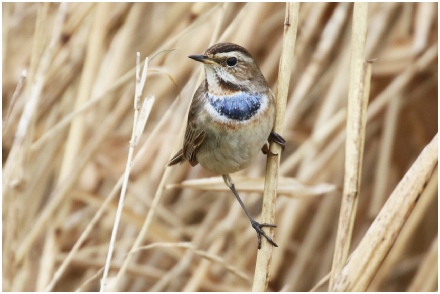 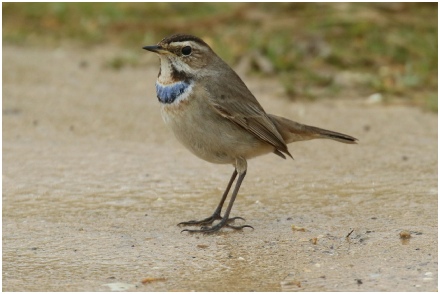 We started our weekend in Norfolk, with a visit to Willow Tree Fen LWT near Spalding for the Bluethroat. The 1st Winter Male has been present for 3 weeks & showed for about 5 minutes, before disappearing back into reeds. It was about an hour later before we saw it again, a bit further down the path. There were plenty of mealworms put out for it on the main track & it could only take a couple at a time. It will often stay hidden within the reeds until it had digested it’s food. When we first saw the bird, it perched on some of the reeds before dropping down onto the track. We then carried on our way to Norfolk. We popped along to Snettisham Beach, but the weather was not great & it was getting dark. We saw a few Brown Hares on the way up and I also had a brief view of a Male Muntjac crossing the road. On the approach to Docking, late in the evening we saw a Woodcock fly over then turn back towards the small woodlands. 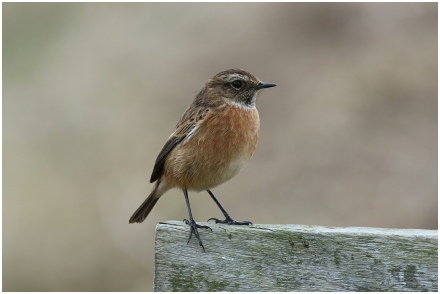 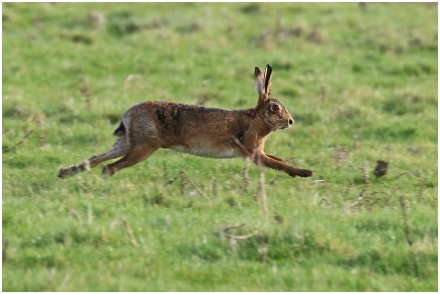 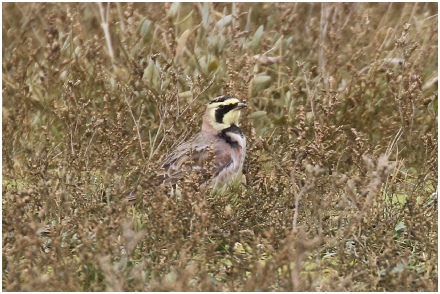 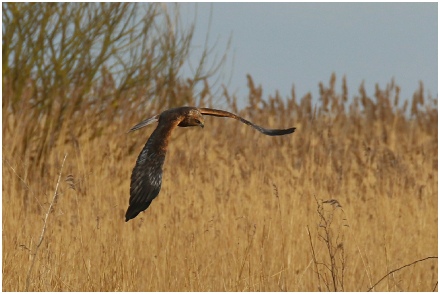 We were going to head to Titchwell RSPB, but instead we went to look for the Shorelarks at Holkham Gap. On the way we saw a pair of Egyptian Geese & a Mistle Thrush by the A419 coast road. Also in the background were some Brown Hares chasing each other round the field & doing a bit of boxing. When we got to Holkham, we saw a few Pink-footed Geese still present in the field by Lady Ann’s Drive. They were joined by some Dark-bellied Brent Geese which flew in after we arrived. There were also 2 Marsh Harriers and 3 Brown Hares boxing in the field. We walked out to Holkham Gap & began our search for the Shorelarks. We did see some flying past several times, but they weren’t settling at all. A Cormorant flew west along the beach. After a while they did settle down and gave excellent views. A few Little Egrets were seen as well. There were 40 Shorelarks feeding on the saltmarsh & even though these weren’t as close as the Kilnsea birds, they are still a delightful to see this year. Afterwards we popped along to Cley Marshes for the rest of afternoon. From one of the hides a Male Marsh Harrier was quartering over the reeds. A flock of Dark-bellied Brent Geese were also present in front of the hide & a majority of them flew out towards the sea. Other birds included Buzzard, Wigeon, Gadwall, Teal, Avocets, Mallards, Shelducks & Shovelers. On the way back to the Visitor Centre we saw an obliging Little Egret & a pair of Stonechats. Our final port of call for the day was Stiffkey Marshes for the Harrier roost. A couple of Marsh Harriers made their final flights of the day. Dad then spotted A Ringtail Harrier a long way off, too distant for me to see even through a telescope. Then Dad spotted 2 Adult Male Hen Harriers flying around & we called Mum over to see them, but sadly they landed on the salt marsh before Mum got there. Quite a few Little Egrets flew past to roost. A small flock of Dark-bellied Brent Geese were present by the carpark for a couple of minutes before flying off to roost on the sea. A Colony of Seals were resting on the beach in the far distance.

We started the day at Thornham Creek & we saw some Curlews, Common Redshanks, Teal, Dark-bellied Brent Geese & Reed Buntings. Sadly no Spotted Redshank or Twite this time. We went to Titchwell RSPB to see what was about the reserve. Around by the feeders were Chaffinches, Greenfinches, Goldfinches, Pheasants, Female Brambling, Blackbirds, Robins, Blue Tits, Great Tits, Long-tailed Tits & a very obliging Song Thrush. On the fresh marsh lagoon there quite a few Common Teal. The Golden Plovers were resting on the island & did a few fly passes. By the West Bank footpath I noticed a grey Goose with pink bill. My first thought was White-fronted Goose, but then again the Greylag Geese of the eastern race have pink bills. This is probably a Eastern Greylag Goose that had got blown across from Siberia/Russia with some European White-fronted Geese. A few Waders were feeding on the salt marsh such as Grey Plovers, Knot, Curlews, Black-tailed Godwits & Knot. A few Pintails were present in low numbers. Out on the sea were a flock of Scoter, proably a mix of Common & Velvet. Also on the beach were Common Gull, Sanderlings and Bar-tailed Godwit. A flock of Dark-bellied Brent Geese landed on the freshwater lagoon & we saw them from the Parrinder Hide. Then some Knot arrived & landed in front of the Geese. On our way back to the carpark along the West Bank footpath, I spotted a Bloody-nosed Beetle in the progress of crossing the path. We moved it over to the other side out of harm’s way. In the ditch were some Chaffinches bathing & a Goldfinch having a drink. In the same ditch was a very shy & elusive Water Rail which showed well foraging along until it disappeared into some brambles. There were lots of Scarlet Elfcups in the woods by the Visitor Centre. After lunch we headed along to Choseley Barns where we saw some Red-legged Partridges & Brown Hares. By the barns themselves I managed to spot a pair of Grey Partridges, but sadly they didn’t stay for long due to the presence of a Tractor & a local farm truck. Further down the road were lots & lots of Brown Hares, including one by the road briefly before running across. In the hedgerow was a very pale Common Buzzard & a Male Marsh Harrier flying along by the houses. Near Docking we saw a Deer running along the hedgerow, it was too big for a Muntjac & no white rear end as on a Roe Deer. The answer was Chinese Water Deer, but not just one. It was a pair together, one was sitting on the grass further up the hedgerow & the other was standing, keeping an eye on us. Eventually the other sat down and both were a bit harder to see. Further along, we saw 3 Roe Deer, Red-legged Partridges with 1 Grey Partridge. Also near Docking were some Egyptian Geese in a small field. Finally in Flitcham were a couple of Brown Hares, Red-legged Partridges, Grey Partridges & Pheasants. 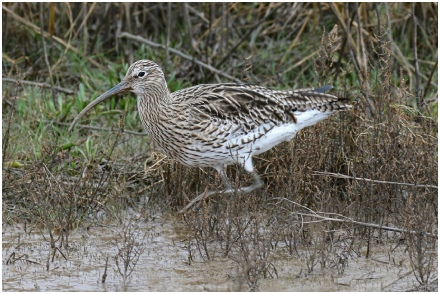 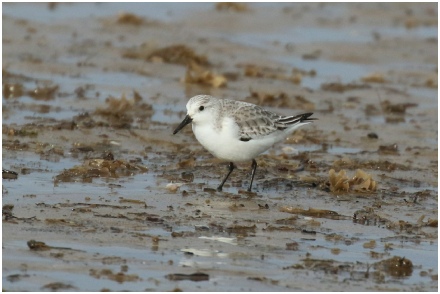 We started to made our way home from Norfolk via Choseley Barns, Willow Tree Fen LWT & Rutland Water. The 2 Chinese Water Deer were still present in the field at Choseley Barns with a couple of Brown Hares. We popped back to Willow Tree Fen LWT for another look at the 1st Winter Male Bluethroat. We then went to Rutland Water to look for the Smew. A few Redwings were foraging along the ground with a pair of Song Thrushes. We managed to see the Smew on Lagoon 4 from one of the hides. We saw a 1st Winter Male followed by an Adult Female. The other Females & the Adult Male were seen from the Dunlin Hide, but a bit distant for a picture. The Shoveler hide is always good for Waders. Quite a few Curlews were present on Lagoon 3, and even a few Shovelers. Afterwards we made our home from Rutland via the M42 & M5. A very enjoyable weekend. 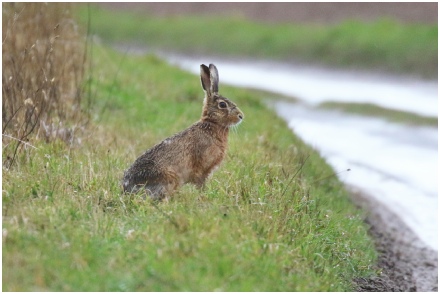 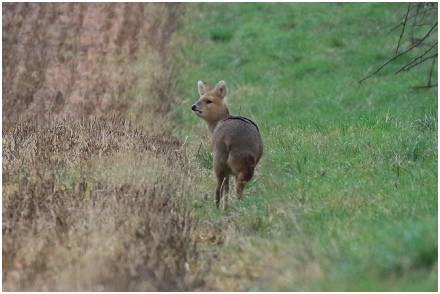 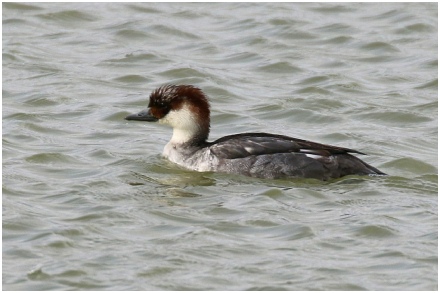 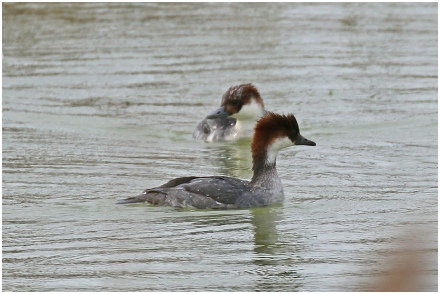 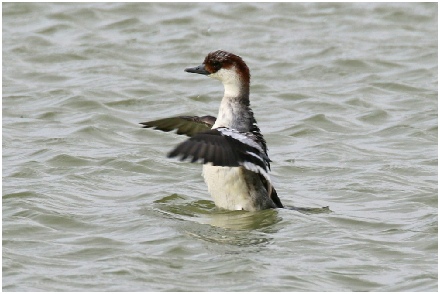 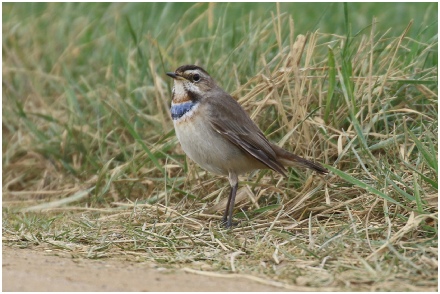