We went back to Titchwell RSPB to look for the Woodcock. It was still not showing as well as we liked & was asleep at times. We went to have lunch in the cafe & afterwards we headed back down. A Young Muntjac Buck as showing extremely well by the visitor centre. In fact, we spent so much time watching this obliging Muntjac that we nearly missed seeing the Woodcock. Fortunately, the bird was still showing reasonably well through the branches & I managed a pic of it. We headed back to Thornham Marsh to see if the Twite were there this time, but nothing. A Curlew was foraging in the marsh. A Little Egret flew along the creek. We went back to Sedgeford to have another look for the Wagtail, but there was an even bigger problem. The dungheaps were being removed & are being spread onto the fields, which would make re finding the bird much more challenging for other birders. The Brown Hares were still present in the field. We finished the day at Snettisham & the fields were full of Pink-footed Geese with Greylag Geese. A couple of Grey Partridges were also present. In the field near the RSPB car park was a solitary Egyptian Goose. Me & Dad walked along to the beach. It was very long walk, but it was well worth it for the 5 Snow Buntings that showed very well in the evening light. 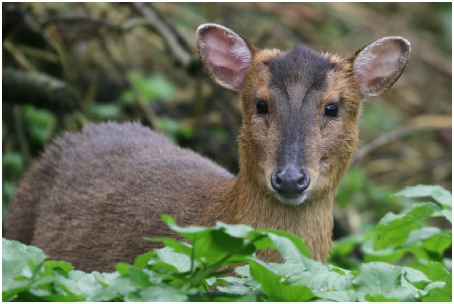 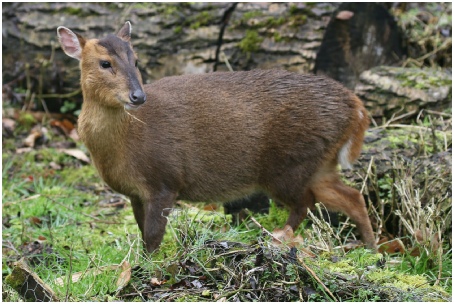 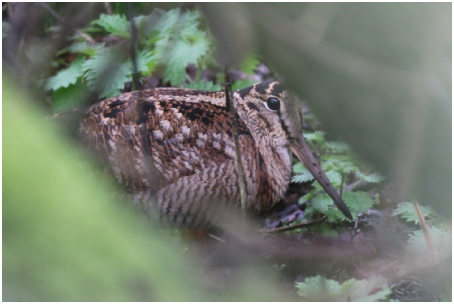 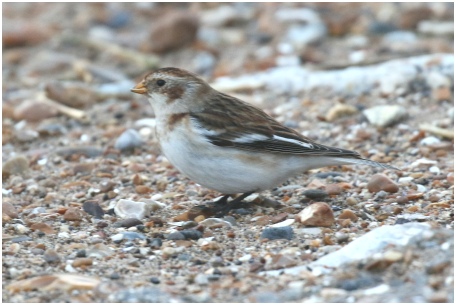 On Mum's Birthday we started the day by having another look for the Wagtail. Due to rainy conditions, we unable to see whether the bird was there or not. We then decided to continue on to Cley and Salthouse. Near Ringstead, close to where were staying I spotted a pair of Grey Partridges in the field. A few more Grey Partridges were also present in the next field with Red-legged Partridges. A few Brown Hares & a Chinese Water Deer were also seen nearby. At Salthouse only 5 Turnstones were present feeding in the field, a Ringed Plover & 5 Dark-bellied Brent Geese. We went to Holkham Gap to look for Shorelarks as they had been reported. We didn't see any, but saw about 40 Snow Buntings feeding in a roped off area on the beach. We headed back towards Sedgeford, seeing a few more Brown Hares on the way. We had another look for the Wagtail, but by then the light was at it's worst. A few Yellowhammers were feeding on the lane. We finished at Thornham & on the approach to the village we saw a Barn Owl on a tree guard. We also had another look around the marsh for Twite, but again failed to put in a appearance. 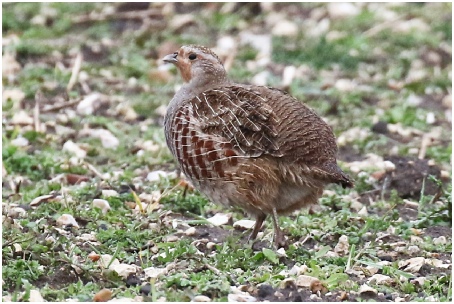 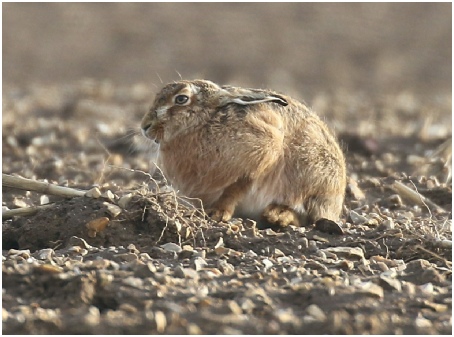 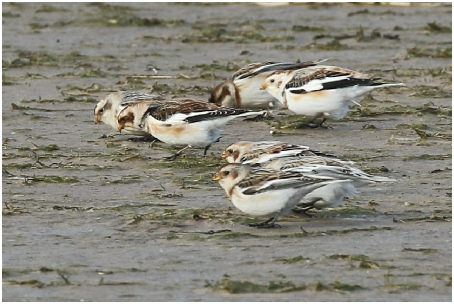 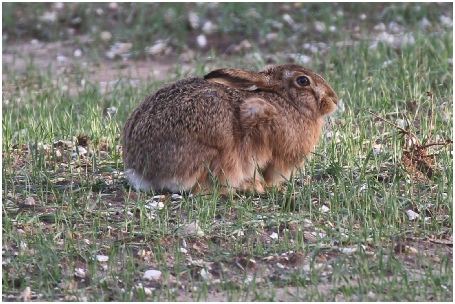 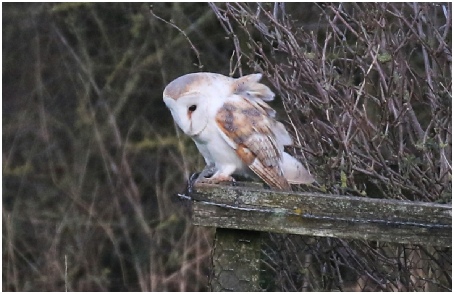 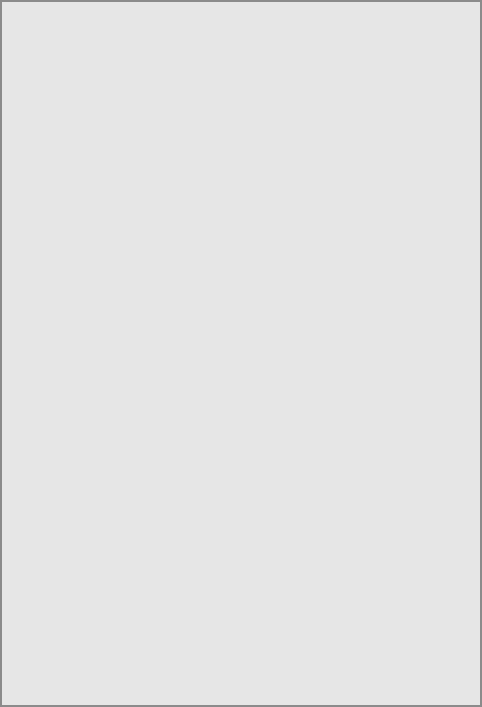 We went to Norfolk for Mum's Birthday weekend & on the way we popped to Deeping Lake NR in Lincolnshire, to look for the Long-eared Owls. Sadly due to very windy conditions, it meant that they were keeping their heads down and not showing themselves. We continued on to Norfolk & Snettisham, where the roadside fields were full of Pink-footed Geese. There were a few Greylag Geese & a couple of Egyptian Geese as well. We saw a couple of Muntjacs & a small herd of Fallow Deer including a white one.  Sadly it was far too dark for pictures, lovely to see nonetheless. 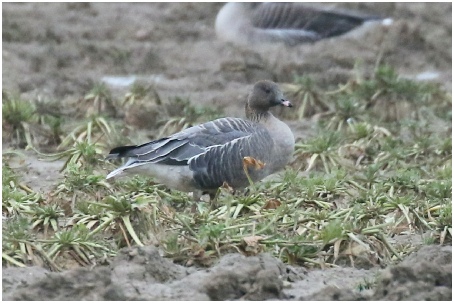 Our first port of call on our first day in Norfolk was near Sedgeford. On the way, we saw a couple of Brown Hares in the field. We went to Sedgeford to see the Blue-headed Eastern Yellow Wagtail of the race [tschutschensis] which had been present since December 2019. The bird had been seen feeding around the dungheaps & foraging in the field with other Wagtails. When the Wagtail appeared on the dungheap, we were the only birders there and unfortunately it had also started to rain at this time. However the bird showed very well until it flew over the hedge to join the other Wagtails in the field. We then went to Thornham Marsh to look for the Twite. We saw a Rock Pipit, which I originally thought was a Water Pipit feeding on the mud. A couple of Skylarks were on the roadside verges. In the creek were Oystercatcher, Common Redshanks & Little Egret. Sadly no Twite that day. We went to Twitchwell RSPB to look for the Woodcock. The bird was still seen from the Meadow Trail, but was asleep most of the afternoon. We headed along the West Bank footpath to the Island Hide. We a few Common Teal close to the hide, Common Redshank & a couple of Avocets. We went to Parrinder Hide & on the way I stopped to photograph an Eastern Greylag Goose. From the Parrinder Hide, we saw 4 Dark-bellied Brent Geese on the saltmarsh & a Grey Plover. A few more Avocets were seen from the hide. Me & Dad walked along the West Bank Footpath to see what was on the beach. Along the way, we saw a Water Rail on the freshmarsh pool & a Little Egret. The beach was relevantly quiet this time, so headed on back. On the Volunteer Marsh was a small flock of Red Knot. The Eastern Greylag Goose was still present along the footpath. After lunch, we headed to Stiffkey Marshes to if any Harriers were coming in to roost. On the way we saw a Brown Hare near Warham. Sadly no Harriers were seen that evening. 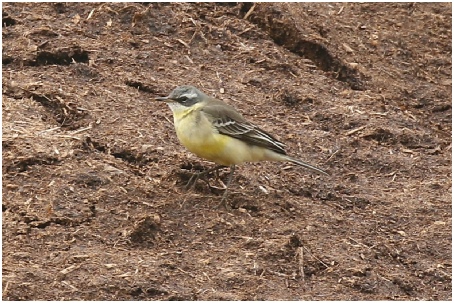 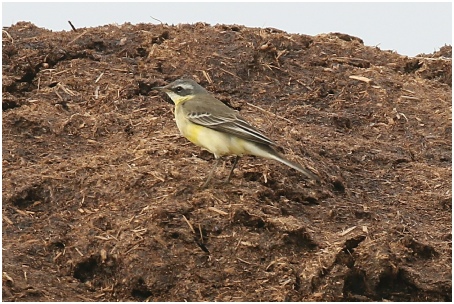 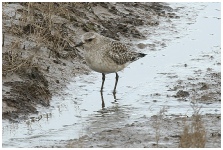 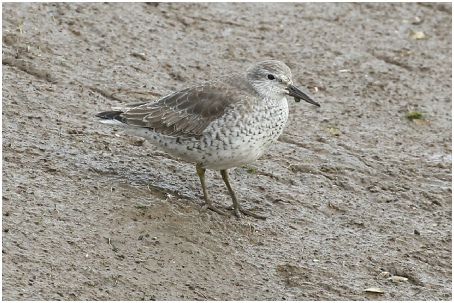 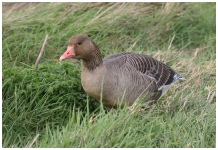 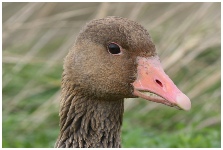 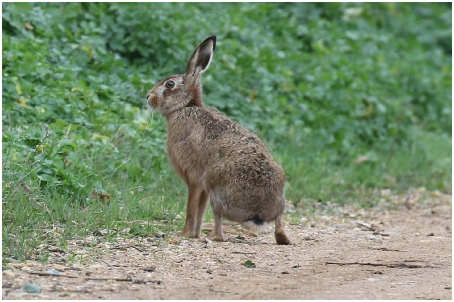 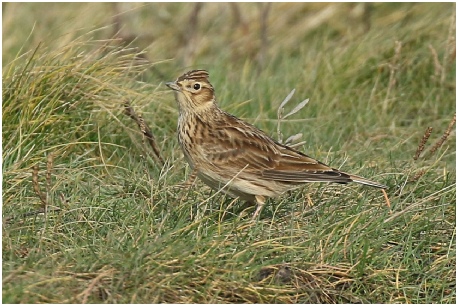 We had a very early start to get to Twitchwell RSPB. This came about because we were informed that some early birders which arrived at the car park, found it apparently full of Woodcocks! But of course that didn't happen with us, because the car park was in fact empty apart from one other car. After having a quick look in the wooded area from the meadow trail. We headed back to Thornham to look for the Twite for the last time, still no sign of them. A small flock of Dark-bellied Brent Geese & a pair Red-breasted Mergansers were seen. Near Thornham village, we saw a Red Kite flying past & disappeared over the trees. Afterwards we headed back to the cottage for breakfast. After breakfast we made our to Holkham. Near Burnham Overy, we saw 3 Barn Owls briefly hunting in the field before they went they separate ways. A Red Kite was seen in the same area behind the tree line. Went back to Holkham Gap for the Shorelarks, but no sign. The 40 Snow Buntings were still present in the roped off area on the beach & this time, we had better views of the flock. We went via Swanton Novers Raptor Watchpoint, where a Rough-legged Buzzard was reported flying over a 10AM. We didn't see it unfortunately, but saw a distant Goshawk flying over the forest. Next port of call was Fincham for the Great Grey Shrike. It was very elusive & the views were distant. When the bird appeared in the far tree, it was very brief & Dad was the only one who saw it through the scope. We headed to Welney WWT, which was our final port of call on the last of the Norfolk Weekend. We had another encounter with a Barn Owl on the approach road to the reserve. We drove alongside it for a few miles until it flew over the field on the right hand of the road. It was a truly amazing experience of having a very good prolonged view of this wild bird. The fields are also favoured by Whooper Swans. From the visitor centre, we saw Reed Bunting & other common garden birds on the feeders, but no Tree Sparrows sadly. Still it was excellent way to end the weekend in Norfolk. 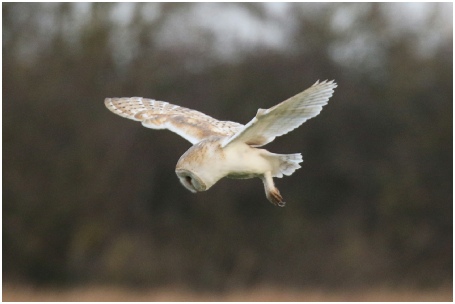 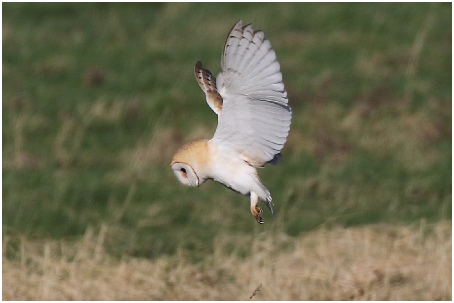 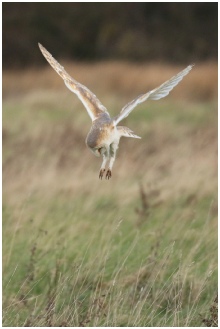 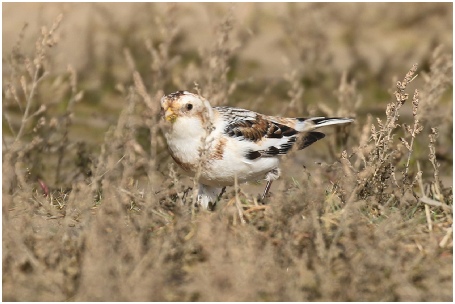 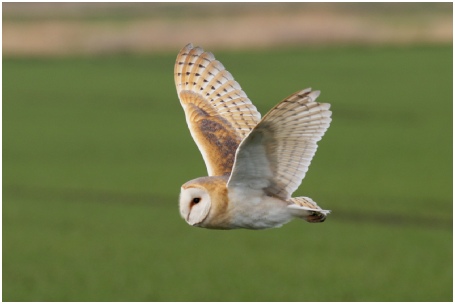 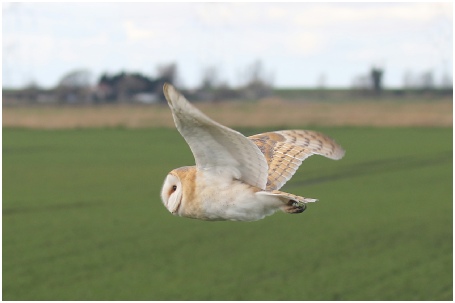 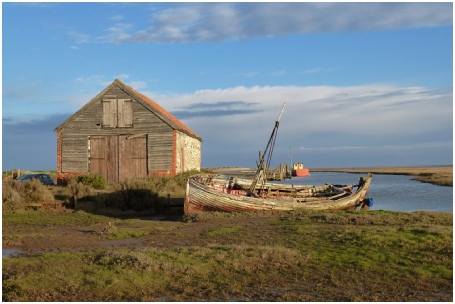 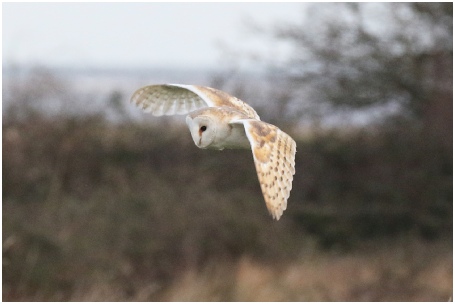