We went to the Forest of Dean to look for the Hawfinches. While were waiting, we saw a couple of Mistle Thrushes & a fly over Goshawk. One Female Hawfinch came down to feed on some of the seed. It then perched in one of the Yew Trees & gave fantastic views. After a while it disappeared, deep within the forest. A few Magpies then came down to feed on the seed. We went to Cannop Ponds to look for some Mandarin Ducks, but sadly we saw none. There were 4 Little Grebes and a Continental Cormorant of the race 'Sinensis' with the other Cormorants. We went round to the feeding station & saw Dunnocks, Chaffinches, Blackbirds, Robins, Grey Squirrels, Blue, Great, Coal & Marsh Tits. We had a walk in the afternoon to look for the Great Grey Shrike, but we didn't see it. On our way back to the car, Dad spotted a Male Wild Boar running through the bracken & into the gorse bush. Well, we dipped out on two of the Forest of Dean specialities, but will try again next time. 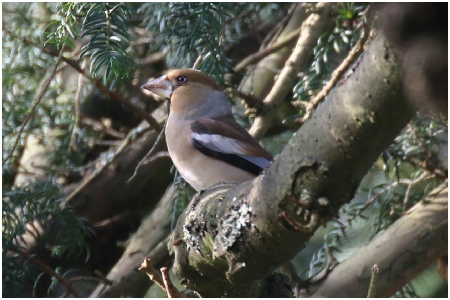 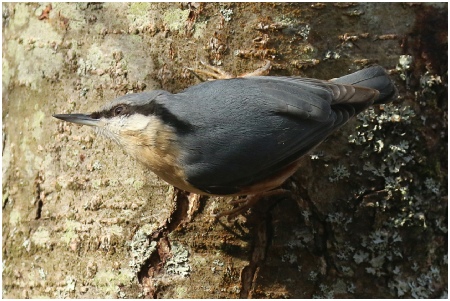 Having heard that a Ring-billed Gull had been found late Monday afternoon, I thought we would pop down for the morning to see it. We started at the Picnic Site, where the bird was last sighted. There wasn't any sign of it yet, but a Male Common Scoter which had been present for about a month was still present by the dam. It was still a bit distant for any decent pics, but I manged a for few record shots.  A few Common Gulls, Lesser Black-backed Gull & Herring Gull were about. There were also Goldeneyes and a flock of Greater Scaup. As the water was very high in Herriott's Channel, there was not many birds. It was very quiet at Stratford Hide, mainly Teal had taken over the bay there. At Morton Hide a Green Sandpiper made up for the lack of birds. At Heron's Green Bay a wintering Black-necked Grebe was showing well, but rather distant for pics. Good species though, as Common Scoter & Black-necked Grebe, we normally struggle to see. Our final port of call was back at the Picnic Site. Just as when were about to give up, the Ring-billed Gull appeared on the edge of the lake. It showed very well with 1st Winter Common Gull. Afterwards it flew off to join the Black-headed Gulls on the fence. The Adult can be confused with the similar Common Gull, but it has pale eye rings & wide broad band on the bill. After it had a last fly around the site, it disappeared until later in the day. 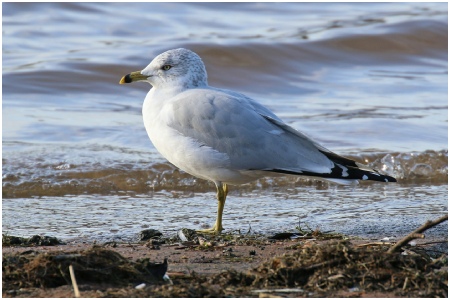 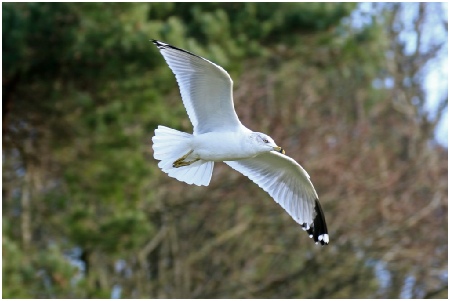 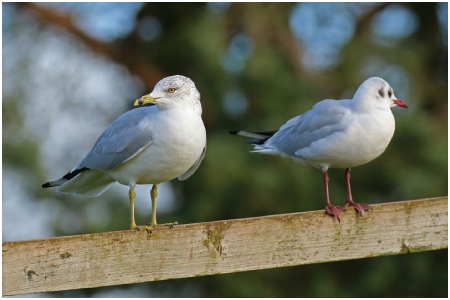 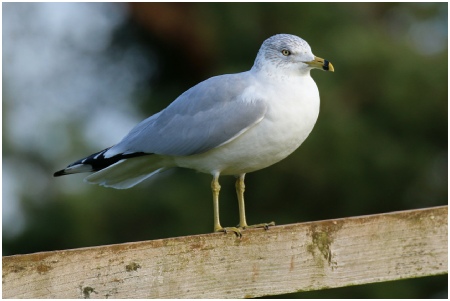 We went to Slimbridge WWT for a couple of hours on Monday as the Bittern & Goshawk had been showing well recently. We started in the Rushy Pen, where there were some Pintails, Bewick's Swans, Tufted Ducks, Common Pochards and Lapwings. From the Martin Smith Hide, were some Common Shelducks displaying in front of the hide. While Dad went up to the Holden Tower, me and Mum saw a pair of Bullfinches from the Willow Hide but no Water Rail. A flock of European White-fronted & Canada Geese flew past the Holden Tower. Back along the walkway were some Scarlet Elfcup, which was unusal as we thought they are normally seen in Autumn. Mind you, we saw them some at Leighton Moss RSPB in early May 2013, so maybe they occur between October-May. We’ve not seen them at Slimbridge before though. We also had a  quick look in the Asia Pen on the way South Finger & Ziess Hides. The Female Ruddy Shelduck which is unringed & fully winged was still present from last time, but was a bit more distant. The Ziess Hide produced very little in birdlife. Well, apart from those that were too distant and require a telescope. On the way to the Kingfisher Hide, I managed to photograph a Wren & Dunnock which often get overlooked as little brown jobs. A Grey Squirrel was also foraging nearby. At the Van de Bovenkamp Hide we unfortunately missed the Bittern flying towards the Ziess Hide. Still, there were 3 Common Snipe feeding in front of the hide. There were Gadwalls swimming & Little Grebe fishing in front of the Kingfisher Hide. Well sadly, the Bittern didn't show again that day & the Male Goshawk didn't even show itself at all. We'll try the Forest of Dean sometime to see if they're going do their display flights. 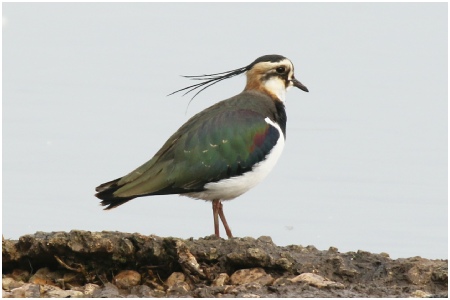