We went headed down towards Botallack & Cape Cornwall. We drove over the top of the moor to see Lanyon Quoit, before continuing to St Just. We did a bit of seawatching at Pendeen, which produced Gannets, Guillemots and a Juvenile Glaucous Gull. We got to Cape Cornwall before lunchtime & we were greeted by flying Choughs, which landed in the field & on the remains of an old church. We had lunch in the carpark and saw the Choughs a few more times before we moved on to look at Sennen Cove. We then headed to have a look at Carn Euny Ancient Village, but the paths were very muddy & wet. We headed to our next port of call at Mousehole, but was very quiet for birdlife. We returned to Newlyn to see if the Gulls were still about. The Adult Iceland Gull was still swimming in the harbour & the Adult Glaucous Gull was being fed on the other side. The Juvenile Iceland Gull was on the beach, but no 2nd Winter Glaucous Gull. The other birds of note was a Great Northern Diver & a Razorbill. We finished the day at St Agnes Head with a lovely sunset, but no Short-eared Owl this time. 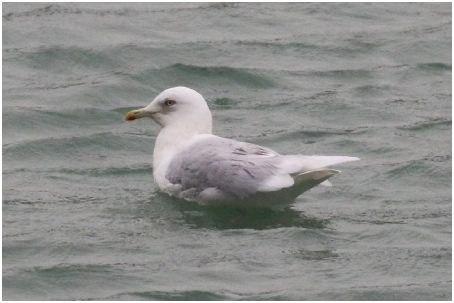 We went down to Cornwall for my birthday weekend & when we first arrived it was raining very heavily. We had a brief spell of dry weather during the afternoon, so we drove alongside Copperhouse Creek. We saw Little Egret, Common Redshank, Grey Plover, Black-tailed Godwit, Bar-tailed Godwit, Curlew & Greenshank. We drove around to Lelant Station to look for the 2nd calendar Glaucous Gull that had been reported on the estuary. We only managed to find 4 Goosanders & a single Mediterranean Gull which was present with Black-headed Gulls. As we saw on Rare Bird Alert, the Iceland & Glaucous Gulls were still showing at Newlyn, we headed on down. The weather was taking a turn for the worse by the time we got to Penzance. We arrived at Newlyn and had a scan around to see if we could find the Gulls. I spotted the Adult Iceland Gull, which was swimming around the harbour. The difference between this bird & a Herring Gull is the white on the tail. After a while it took off & flew to another part of the harbour. The 2nd calendar Glaucous Gull was feeding along the beach and it had a bit of a dispute with the local Juvenile Lesser Black-backed Gulls. Afterwards it swam out into the middle of the harbour & flew onto one of the posts. It was soon joined by a Juvenile Iceland Gull. We headed for our final port of call for the day in Penzance. We saw a flock of Turnstones & 5 Purple Sandpipers were chasing the waves on the beach & foraging on the rocks near Jubilee Pool. 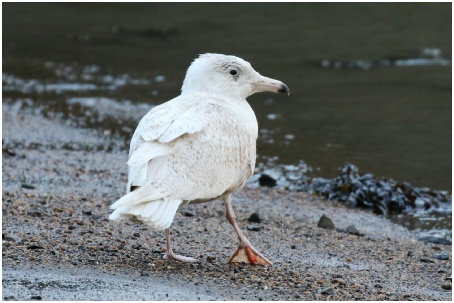 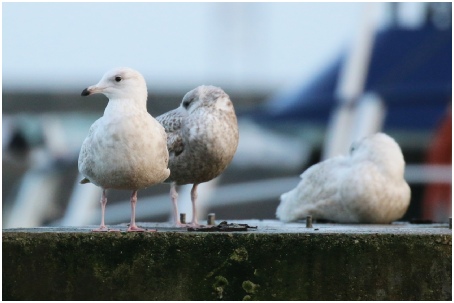 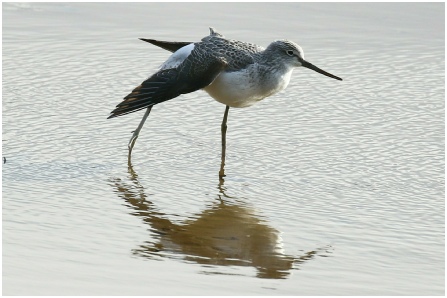 Today we headed down to Hayle RSPB Ryan's Field to see what was there. There was not many birds in front of the hide, except for a couple of Common Redshanks & Black-headed Gulls. A few more birds were out on the estuary, which were Teal, Wigeon, Lapwings, Oystercatchers & Black-headed Gulls. We headed back to the harbour at Newlyn to see the Iceland & Glaucous Gulls. Both Juvenile Iceland & Glaucous Gull were still present in the harbour along an Adult Iceland Gull. At Penzance we had a quick look around the Subtropical Gardens looking for Firecrest. We only saw Female Blackcap & a Common Chiffchaff. We went to look for a  Black Redstart, which was reported near Jubilee Pool but even that didn't show itself. We saw a few Great Northern Divers, a Porpoise, Turnstones & Purple Sandpipers.We had a report of Kumlien's Gull seen in Newlyn Harbour, we headed back there straight away. We didn't see it there sadly, but we did manage to catch up with Adult Glaucous Gull. This was the first time I’ve seen both Adult Iceland & Glaucous Gulls & hopefully won't be the last. It showed very well with the 2nd Winter Glaucous Gull & a Juvenile Iceland Gull. The Adult Iceland Gull was also in attendance, swimming in the harbour below. 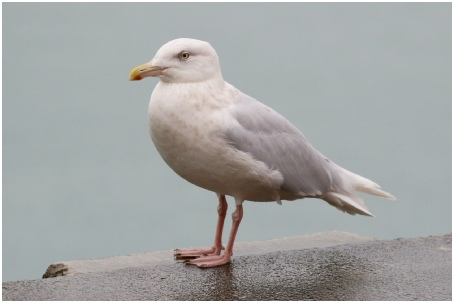 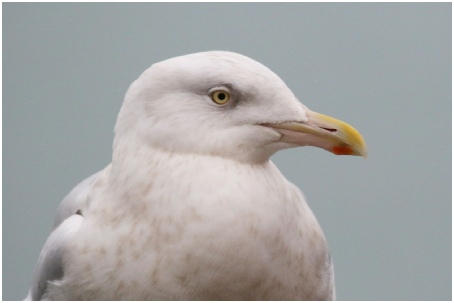 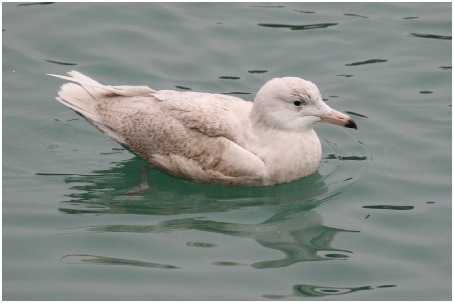 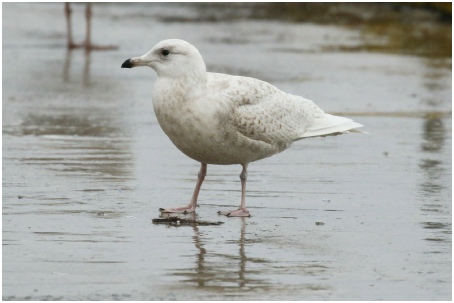 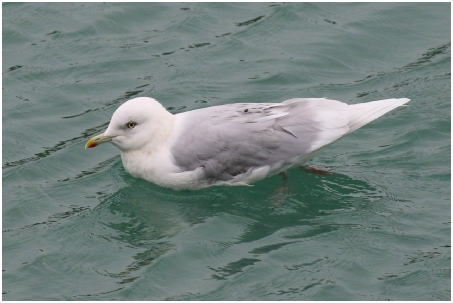 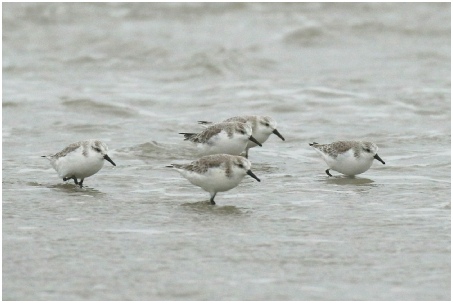 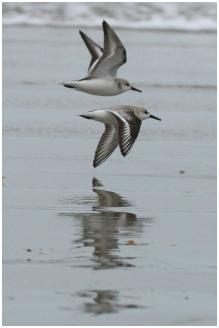 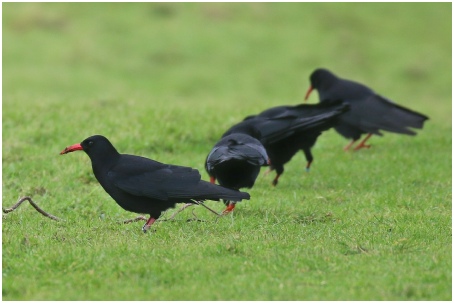 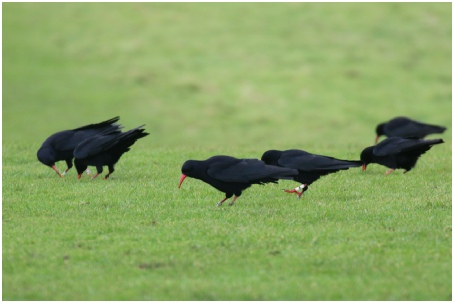 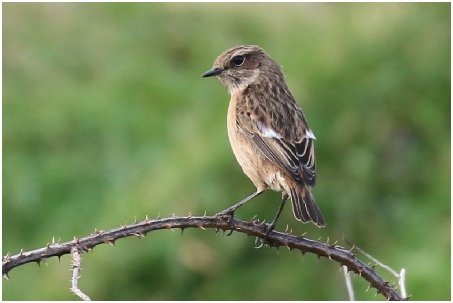 We went to Dorset for a couple of days as we had booked for the Boat Trip to Brownsea Island on the Saturday from Poole Harbour. We had a cruise around the islands first and saw Red-breasted Mergansers, Common Guillemots, Shags, Cormorants, Great Northern Diver, Female Velvet Scoter, Sika Deer on the Arne side of the Harbour and distant Spoonbills. We got to Brownsea in the afternoon & had a couple of hours to explore. Due to the water pump failure, the water levels on the lagoon was very high & so all the Waders were feeding on the far side along the bank. We went to the Villa to look for the Red Squirrels. We saw one briefly when we first arrived, so we wanted to have a better view. Sadly we didn't see any, but had a lovely Coal Tit feeding around the feeding station. We then made our way back to the boat & saw some Peacocks and Peahens along the way. After boarding the boat, we headed back to Poole Harbour. We saw a few other birds including a Great Black-backed Gull. We saw another Great Northern Diver & Common Guillemot outside of the harbour. After we got off the boat, we explored around the harbour & saw a Turnstone foraging on the beach. Afterwards we headed to our B&B at Hamworthy in Poole.

We started the 2018 season at St Anne's Church at Oldland to look for the Hawfinches, that had been present for about 3 weeks. A Peregrine Falcon flew over. A Female Hawfinch perched in top of the tall tree & flew to the ground. They were very elusive & spent a lot of their time feeding on the ground. There were six birds that were seen that morning before we got there. We went back via Marshfield & the weather was very dull. The only birds we saw were Fieldfares, Crows & 2 Buzzards. 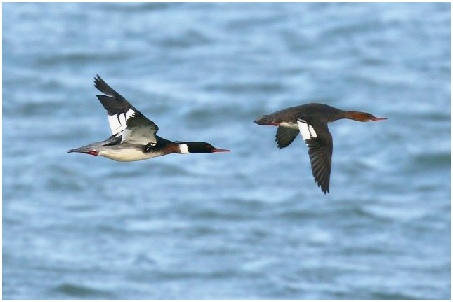 We started our final day at Ham Common looking for Dartford Warblers, but of course we didn't expect to see any. We did see a Cormorant, Robin & a Song Thrush. At Rockley Caravan Park we saw a Grey Squirrel on a tree. We had a quick look in Lytchett Bay and Upton Country Park. There were a lot of Waders in Holes Bay, but a Drone scared them all and they took flight. When they settled again, they were further away. We popped into Arne RSPB to look for the Firecrest, but sadly nothing. At least I managed to see a Goldcrest briefly. We travelled along to Weymouth and Ferrybridge to see what birds were there. Another Great Northern Diver was seen offshore. On the other side of the road was a flock of 4-6 Mediterranean Gull & a flock of 13 Dark-bellied Geese. Some Mediterranean Gulls were flying past the car park with a Common Gull. We had a quick visit to Radipole Lake RSPB to see if the Hooded Merganser was about, but we didn't have any joy there either. A Mediterranean Gull came into roost on the island opposite the visitor centre. We also had a quick look around Lodmoor RSPB, but being late in the day meant that the Lesser Yellowlegs had gone to roost on the bank. 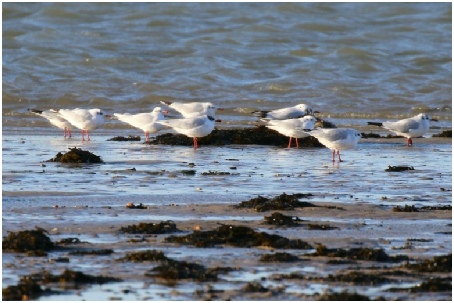 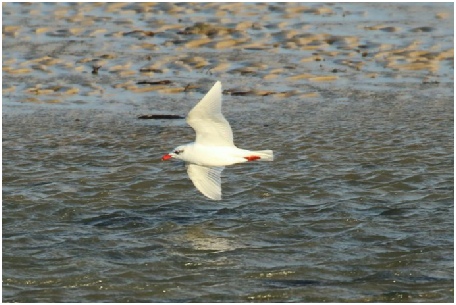 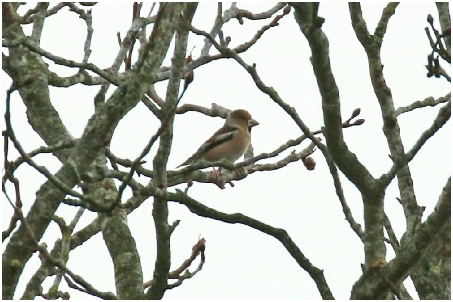 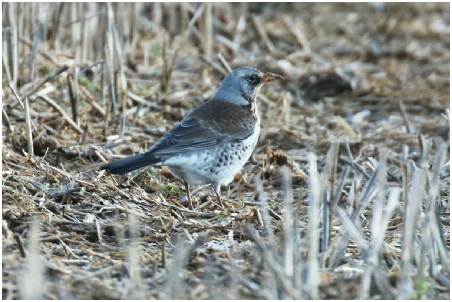 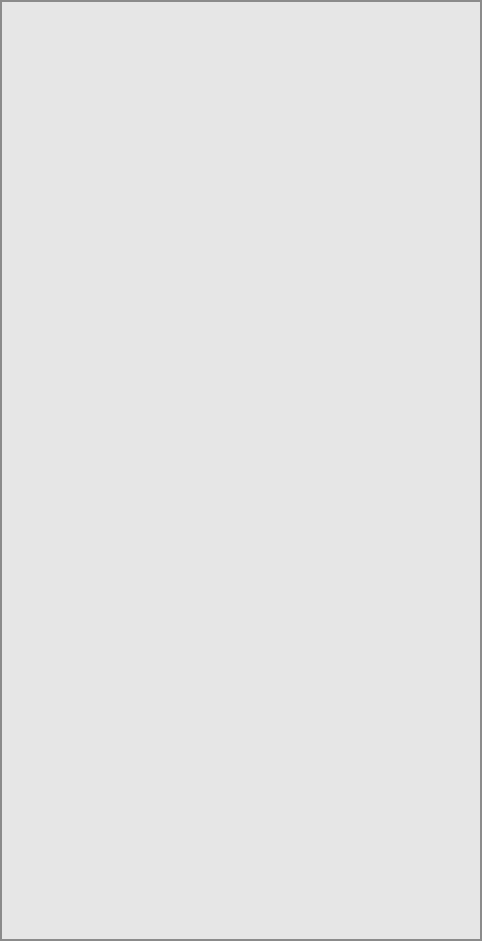 For our final day in Cornwall, we headed up to Newquay to see the Ring-billed Gull. This 1st Winter bird has been present on Trenance Pool for the past couple of weeks & showed very well. It then flew off high over the town & towards the Gannel Estuary. We finished our holiday with visit to Wadebridge to look for Hawfinches in the old cemetery, but no sign. As the weather was getting worse, we decided to head home early, but it had been a great few days. 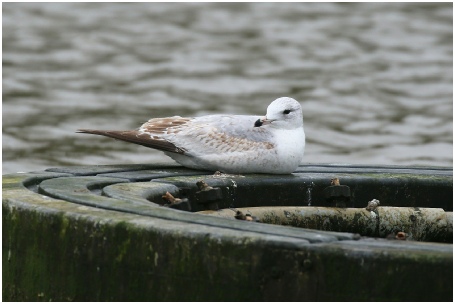 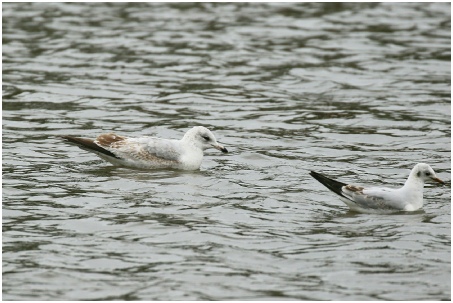 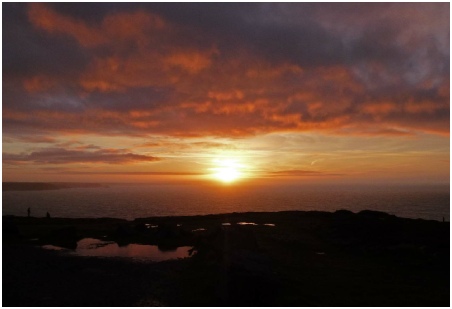