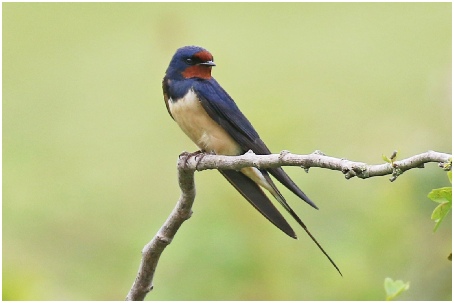 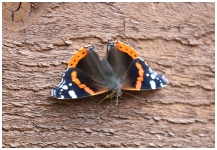 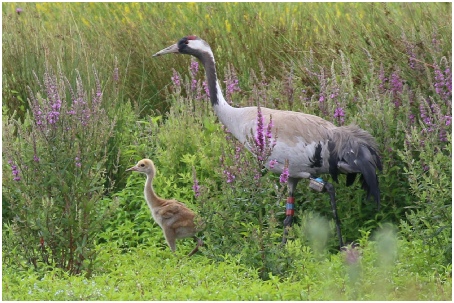 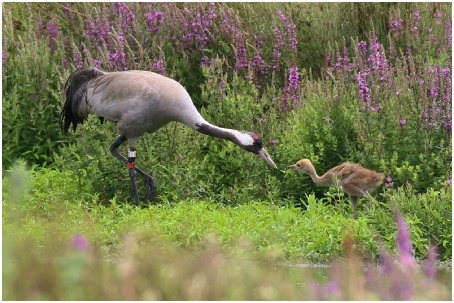 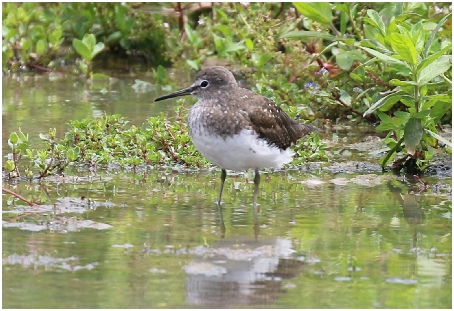 We went to Slimbridge WWT for a couple of hours to see what was there. The Tack Piece was completely deserted. A Juvenile Little Ringed Plover was foraging on the the other side of pool. A pair of Wood Pigeons were also using the Robbie Garnett Hide as a shelter. From the Holden Tower, we saw an Adult & Juvenile Barn Swallow perched on the tree in front of the hide. On our way along the walkway, a Red Admiral landed on the side of the Robbie Garnett Hide. The Meadowsweets were in full flower. A few Mallard Ducklings were present in the Grounds. Also in the Grounds were Greylag Goslings & Feral Pigeons. We had a quick look on South Lake & the Crane Family showed at times. We headed on round to the Hogarth Hide for a better view. There was another Juvenile Little Ringed Plover on the far side. Some Juvenile Carrion Crows were being fed by the Adults. Lapwings & Green Sandpipers were also there. The Black-tailed Godwits were feeding close to the hide and some were in complete breeding plumage. The Cranes were showing on and off throughout the afternoon. Eventually Bart & Ruby wandered out of the vegetation with their solitary chick in tow. There was orginally 2 chicks hatched on South Lake, sadly one was killed by it's older sibling. However this chick is doing very well & being cared for both parents. A few Juvenile Avocets were also present on South Lake. Also quite a number of Juvenile Common Shelducks. After Ruby and the chick went back into the vegetation. They probably went to sleep, as Bart came back out into open & flew off.

Update: The chick sadly did not survive, as a few weeks later Bart and Ruby were seen on their own. No sign of the chick and nobody knows what happened to it. 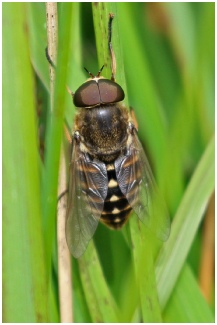 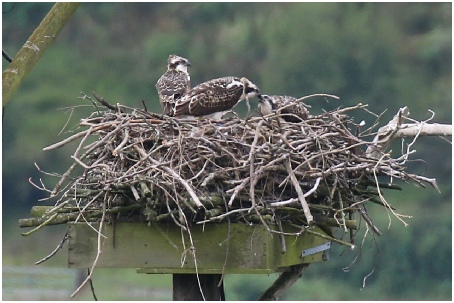 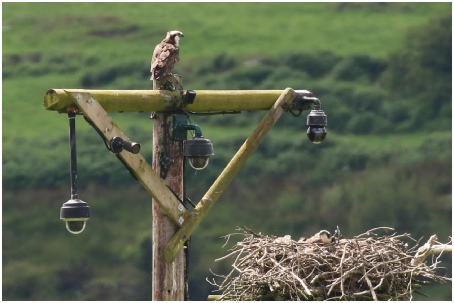 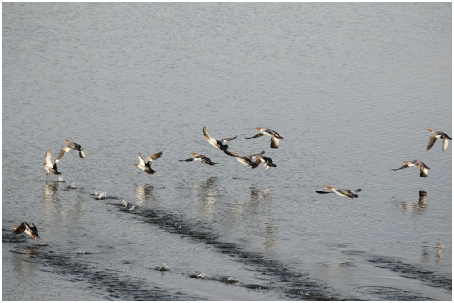 We went to Cors Dyfi to see how Monty & Glesni were doing. Two Chicks fledged successfully with one still present on the nest. The chicks were called Menai, Aeron & Eitha. Monty came in with a fish & dropped it in the nest. Menai had most of the fish, then started to feed some to her sister, Eithe. This was unusual to see, mind you they have to start somewhere if they have chicks themselves in the future. Other creatures around the reserve were Common Lizards on the boardwalk, a few flyover Lesser Redpolls & 2 Water Buffalos that graze on the reserve. We went to Ynys-hir RSPB to have a look at the Ynys-hir Canopy Hide. There was definitely no Pied Flycatchers, as they already started their migration to Africa. We did see a couple of Purple Hairstreaks flying around the canopy and occasionally perching. There was nothing much around the feeders, except the Juvenile Great Spotted Woodpecker & loads of Grey Squirrels. A solitary juvenile Common Frog was also noted. Our final port of call for the day was Ynyslas where the female King Eider had been present for the past few days. We didn’t see it unfortunately, but saw some Juvenile Goosanders further up the river. Most of the flock flew off as we walked along the top from the car park at Glyndyfi, except for the 2 that swam down the river. Afterwards we made our way to the White Lion Pub in Machnellyth for the night and we probably try again for the King Eider tomorrow. 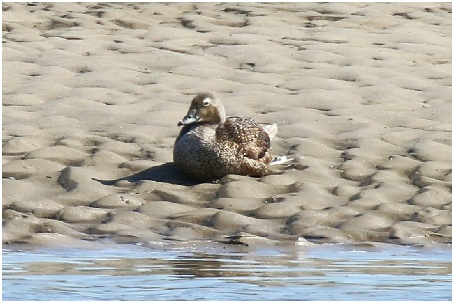 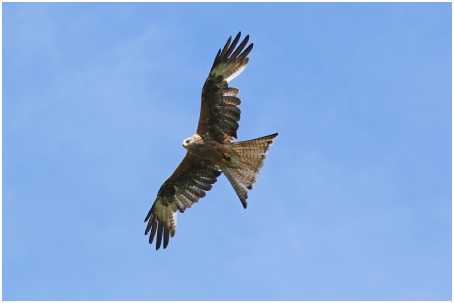 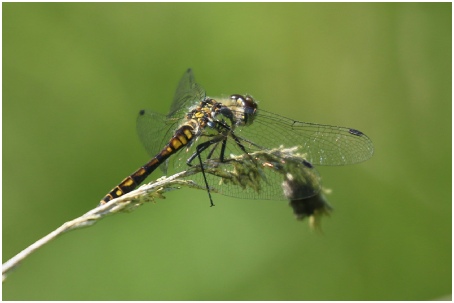 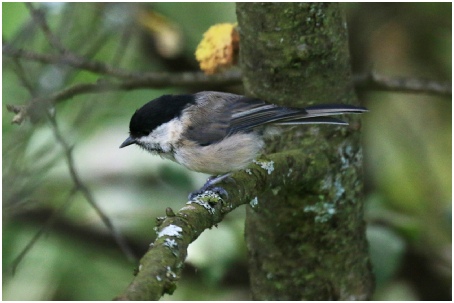 We started at Ynylas on the edge of the Dyfi Estuary. The 1st Summer Female King Eider was resting on the sandbank opposite the car park & gave excellent views. Although it wasn't swimming, it was still nice to catch up with up it. We had a lunch at Devil's Bridge Station which is southern terminus of the Vale of Rhediol Railway from Aberystwyth. One of the locos that were in service was no 9 Prince of Wales, which had been repainted into Great Western Livery for the 2017 season as 1213. We made our way to the RSPB reserve at Dinas in Powys. On the way we saw a couple of Juvenile Stonchats & Red Kites. We popped to have a look around Tregaron Nature Reserve. A few Butterflies were on the wing included Ringlet, Comma, Small Tortoiseshell & Peacock. A Southern Hawker was perched high in a tree. There was also Black Darter, Large Red Damselfly & Banded Demoiselle. Tregaron Bog is one of the best sites in the country to see the very scarce Willow Tit. Not only did we have brief views of it, we also heard it calling, which was nice to hear. At Dinas RSPB  we saw a family of Mistle Thrushes in trees by the river. Sadly, not much else, still we'll probably try again next year and go a bit earlier. 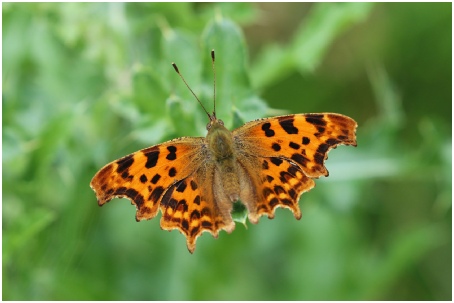 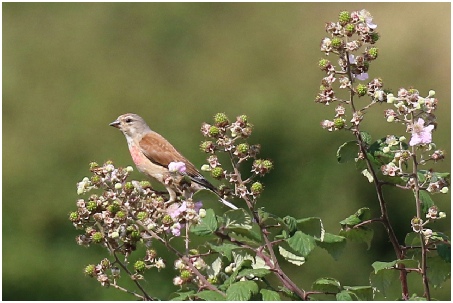 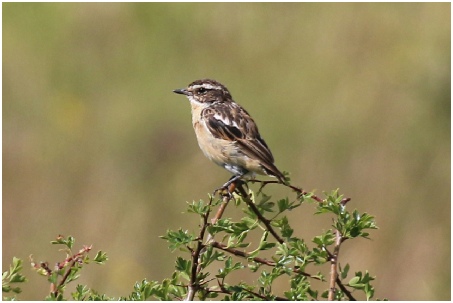 Me & Dad went up to Lower Woods at Inglestone to see some Silver-washed Fritillaries. A few Meadow Browns were still on the wing. Silver-washed Fritillaries were in excellent numbers around the reserve. We also saw a Forest Cuckoo Bumblebee nectaring on Ragged Robin. Also on the wing were Peacock, Gatekeepers, Red Admiral, Comma and Small Skipper. Sadly we missed the White Admiral this year, we'll just have to come back in 2018.

On the way home we popped to Chipping Sodbury Common. We walked around the common & managed to find 3 Whinchats. Nearby was a Moulting Juvenile Stonechat. There was a few Linnets and Emperor Dragonfly as well. We saw only one Common Redstart & it was very flighty.

We went to Ham Wall RSPB to see what was about. We were looking along the old canal for some Variable Damselflies, but the all the ones I saw were Blue-tailed Damselflies. We headed to the Alavon Hide. We had 2 Bitterns doing a couple of flight passes. A Great White Egret flew in & landed in front of the hide. The Reed Warblers seemed to have a good year, with quite a few Juveniles that were showing well in front of the hide. A couple of Reed Buntings were also present. A Juvenile Sedge was feeding up before it's first migration to Africa. Near the car park was a Juvenile Grey Heron which was foraging by the canal. On the way the way back home near Chew Valley Lake we saw 3 Fox Cubs playing & chasing each other. Fantastic way to end the day. 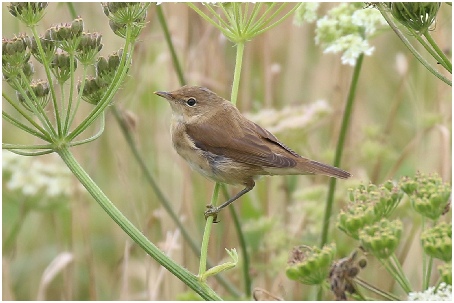 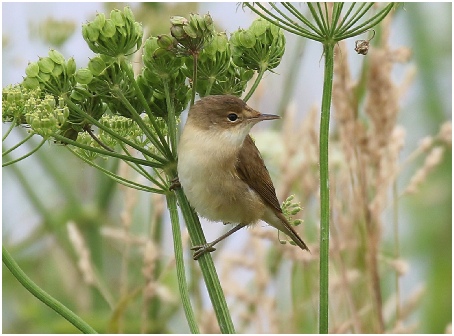 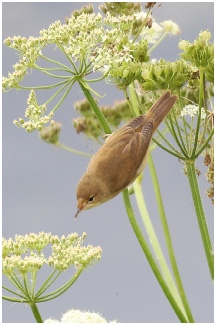 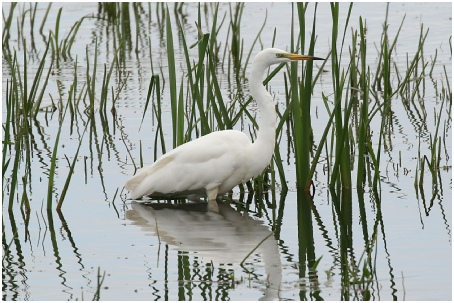 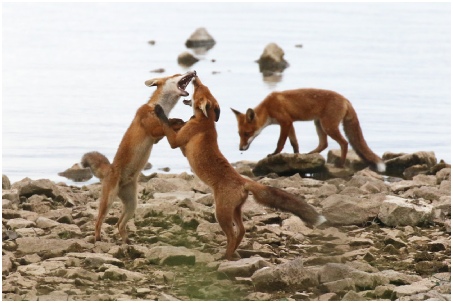 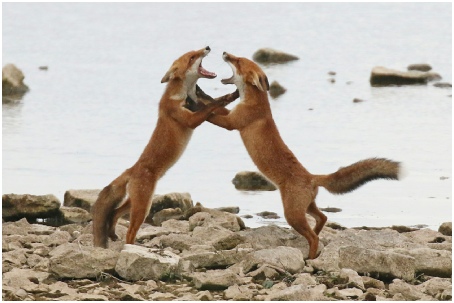 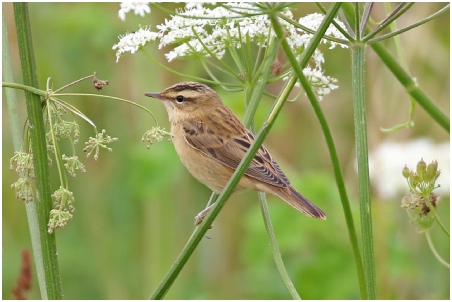