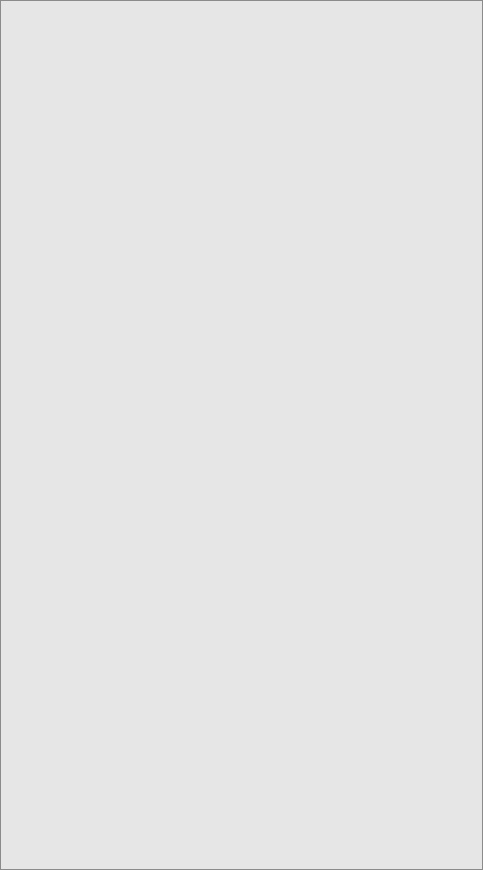 We popped to Codrington in the afternoon to see what Butterflies were about. We saw a few Bee Orchids in flower. A few Marbled Whites were on the wing. We saw some Meadow Brown & a few Ringlets. A Female Common Blue was egg laying on some Bird's Foot Trefoil. There was Small Skippers about as well but no there was sign of any Essex that we could see.

We popped down to Ham Wall RSPB to see the Collared Pratincole that had been present since Sunday evening. There was few Red Admirals on the wing. The Pratincole spent most of the time in flight. Occasionally resting on one of the islands usually out of sight, but was present in the view with Lapwings & Mallards. Even though the view was distant it was a new bird for us all. In the evening we heard the barking call of the Little Bittern in the reeds beyond the 2nd viewing platform. The call has been likened to that of a Jack Russell bark. We waited for a while, but it didn’t show itself at all.

We went back to Codrington to look for the Essex Skipper. There were pently of Gatekeepers on the wing this time. A Female Green-veined White was nectaring on a flower with a Small Skipper. We saw another Small Skipper on a blade of grass. The 2nd Skipper we saw was a Male Essex Skipper. Saw a few Linnets perched on the wire, also quite a few Silver Y Moths which is a migrant from North Africa.

We went on the DPWPS evening Landrover Safari at Slimbridge WWT. We headed out to Dumbles to look for Yellow Wagtails with the cattle. We saw flock of Greylag Geese flying around, including the pale bird. A Flock of Barnacle Geese flew past as well. We had a look at the Top New Piece looking towards the Ziess Hide. We had to keep down the bank beacuse the Black-tailed Godwits were quite close to the edge of it and are very wary. A few Avocets and a Male Ruff which was just coming out of breeding plumage was also there. The Rooks were flying above the Ziess Hide. Back on the Landrover we headed to the other end of the reserve. A Female Roe Deer was in one fields near the sea wall and gave excellent views. A Common Tern was hawking over one of the ponds. On the main pond there were more Common Terns on rafts. Some had chicks which are doing well. They are protected with a cage over the raft, so that predators like Foxes & Otters can't get at them. Afterwards we made our way back to the car park.

We started our visit to WWT Slimbridge on the normal Landrover Safari. We headed out straight onto the reserve & almost immediately a Male Sparrowhawk flew overhead. We passed one pond and the Common Tern that we saw on 27th July was still present and hawking around. We also saw a Marsh Harrier flying around before landing on a small bush & then suddenly a Bittern flew up and did a sort of a U turn and landed in the reeds out of sight. I was so surprised to see it that I cocked up the pictures. Still as long as we saw it, that's the main thing. Under one of the tin sheets there were some Juvenile Grass Snakes. They all disappeared much too quickly for a photo. Afterwards we headed back to the car park. We went to the Rushy Pen to see what was there. There was a Green Sandpiper wading in the water close to the hide. I spotted a Juvenile Mediterranean Gull with the Black-headed Gull flock. A quick look in Martin Smith had 2 Little Egrets fishing in front of the hide. Outside Mum spotted a Holly Blue Butterfly landing on some Ivy leaves. The Juvenile Mediteranean Gull was still present in the Rushy Pen when I checked on the way back through. There was also a chance to see a Green Sandpiper, Black-tailed Godwit & Common Snipe together at the back of pen. Also 3 Little Ringed Plovers were also present towards the back of pen. The birds were all Juveniles.

We popped to Marshfield on the way home and saw 2 Yellowhammers on West Littleton Road but sadly no Little Owls. Still you can't win them all, to quote what Bill Oddie once said. 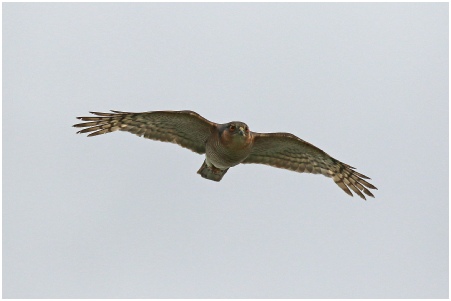 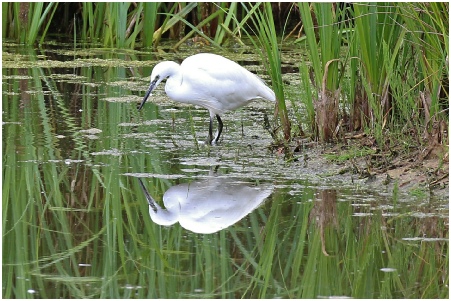 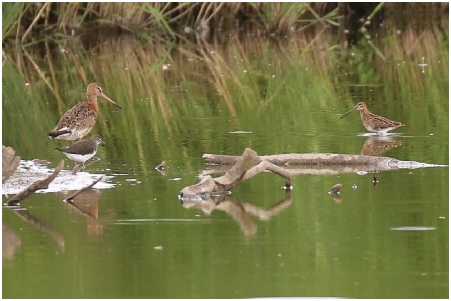 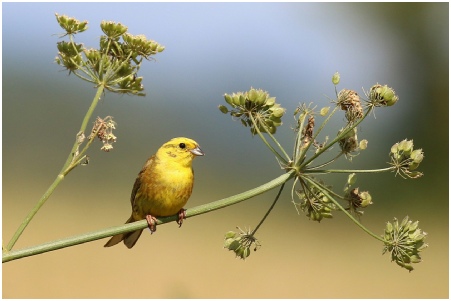 We popped into Newport Wetland Centre to get an ice-cream to cool ourselves down and then we went to get some shade in the Forest of Dean. It was getting late in the afternoon by then and didn't see much. We only saw Emerald Damselfly and Emperor Dragonfly down by the pond. It must have been too hot for the birds as well! 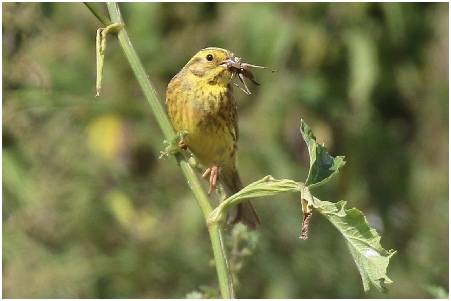 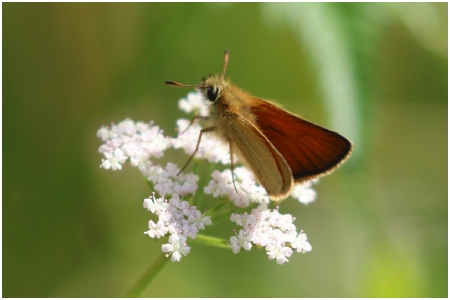 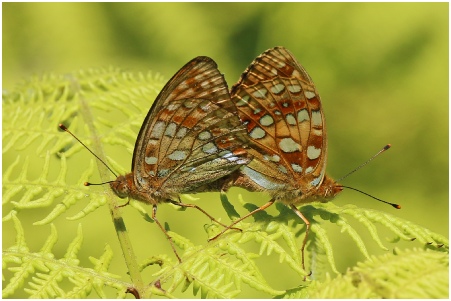 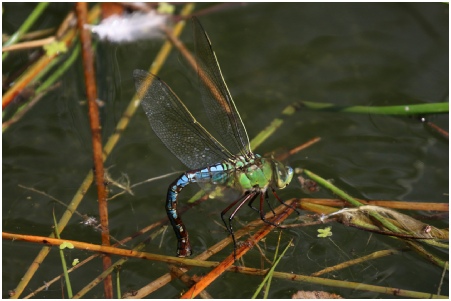 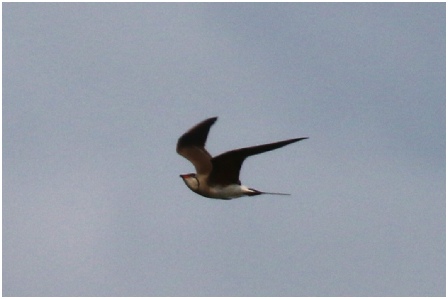 We went to Arne RSPB to see the Nightjar that had been reported near the new cafe. The 1st Summer Male was roosting in the tall oak tree opposite the cafe. It woke up briefly for a preen and a strech. Seeing one at a daytime roost is a very rare sight, so when it was reported on Twitter, we headed on down to see it. We continued to look around the reserve. At Shipstal we saw a herd of Sika Deer in front of the hide. A couple of Juvenile Swallows perched on branch also in front of the hide. On the way back from Shipstal, me & Mum saw another Sika Deer in the field. In the afternoon we went around Coombe Heath. There was a Female Common Darter on the heathland. We checked earlier for Silver-studded Blues at Shipstal, but there weren't any. As it got warmer at Coombe Heath we spotted our first Silver-studded Blues flying around the heather. We certainly saw more Males than Females this year. A few Sand Wasps were also present around the heath. We only saw one Female Silver-studded Blue on the way back to the car park because it was nearly the end of the flight period. A quick look at the pond provided a sight of a Blue-tailed and Small Red Damselflies, but no Spiders.

In what is normally a overfill car park we saw some more Sika Deer grazing in the roped off area. We went back to the cafe to see Nightjar roosting. It woke up again briefly for stretch and a preen. It even gave big yawn, showing us why it's also called 'Goatsucker.' It churred for a little bit, but didn’t seem to want to fly yet. Meanwhile, we had to head home. What a brilliant day! 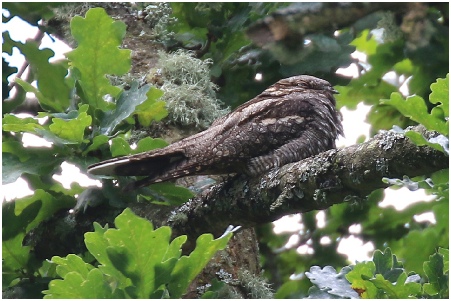 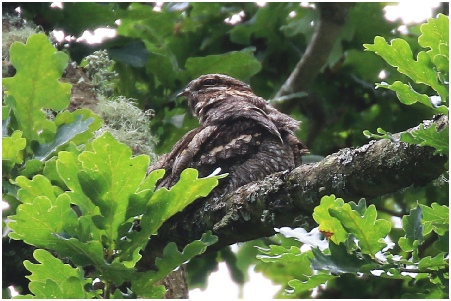 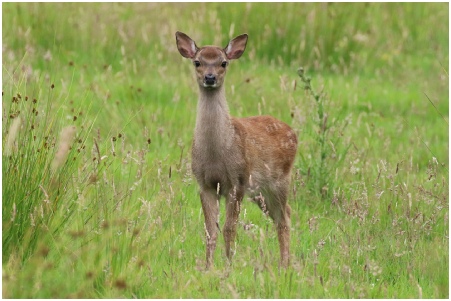 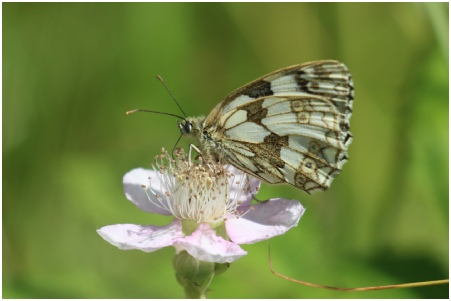 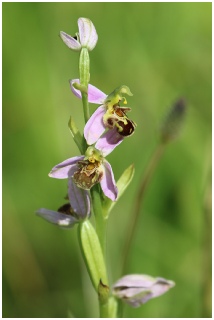 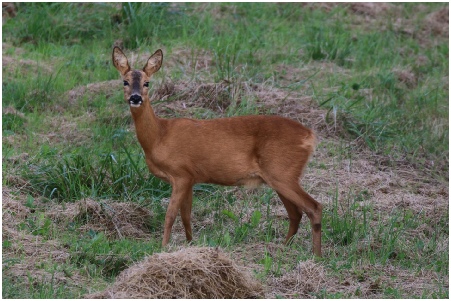