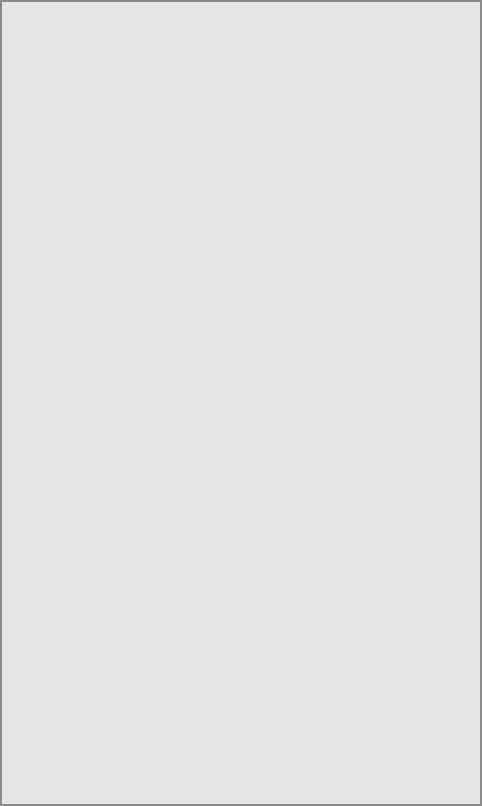 We popped to Slimbridge WWT for a couple of hours. In the Rushy Pen were a few Avocets with recently hatched youngsters & 1 older Juvenile, families of Mallard & Common Shelduck. A Juvenile Lapwing showed well in front of the hide. We went to Willow Hide & saw a Male Black-tailed Skimmer. A Green Sandpiper showed well from the Robbie Garnett Hide.  A Juvenile Moorhen was on a nest. A Stoat was reported on the boardwalk & despite searching further along the vegetation, it could not be relocated. A Sub Adult Coot was in the grounds. We also saw a few Lego Sculptures in the grounds. These included Emily the Emperor Dragonfly, Flavia the Falmingo, Lottie the Otter, Benedict the Bewick's Swan, Suki the Spoonie, Sam the Short-eared Owl, Walter the Water Vole & Skye the Stork. The ones listed in bold are the new ones for this year. A couple of pics of captive birds, which are Common Cranes from the Back from the Brink exbhit & Cape Barren Goose from Africa. From Hogarth Hide, we saw Goldfinches feeding on thistles. The Cranes were hiding in the long grass. The Female Tufted Duck had a few ducklings. Sadly no Juvenile Cuckoos for us, it just goes to show how difficult it is for us to see one. Yet it had been showing well the past few days.

On Wednesday evening, we had an early sighting of 2 Hedgehogs in our garden. On Friday, we were surprised to find a Humming-bird Hawkmoth feeding on the buddleia in our garden mid morning. This Moth is a Mediterranean spieces & usually seen late Summer/Early Autumn.

We headed down to Ham Wall RSPB on the Somerset Levels. We got started with a sighting of Iberian Water Frogs in one ponds. Thanks to one of volunteers for showing us. In another pond, was another Iberian Water Frog. It came out on the bank, until it was flushed by a Juvenile Common Toad. An Adult Marsh Frog was nearby for comparsion in size with the other 2 Amphibians. From the viewing screen, we saw a Great White Egret, Little Grebe chick being fed by an Adult and a Juvenile Great Crested Grebe. A Bittern took off from a nearby reedbed, unfortunately flying away. A Sub Adult & Juvenile Coot were swimming together and went behind a bank. A Little Egret was seen from the other screen. Despite the heavy rain showers, there were a few Small Red-eyed Damselflies on show. From the Avalon Hide, a Great White Egret was foraging & fishing as another one flew over. A Mute Swan Family swam past below the hide. One of the Great White Egrets made a fly past in the torrential rain storm. On leaving the reserve, we saw a Roe Deer Doe near Ashcott. 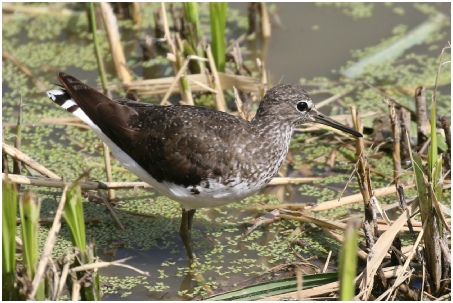 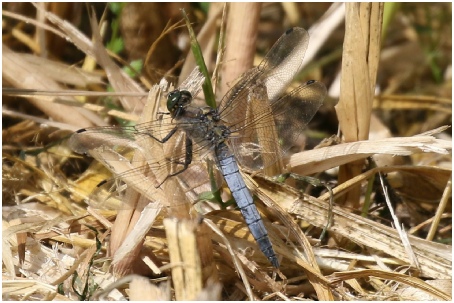 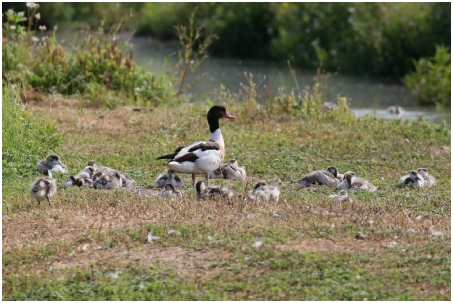 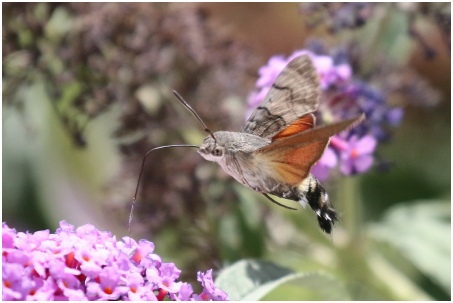 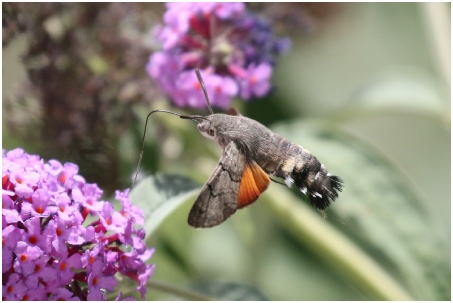 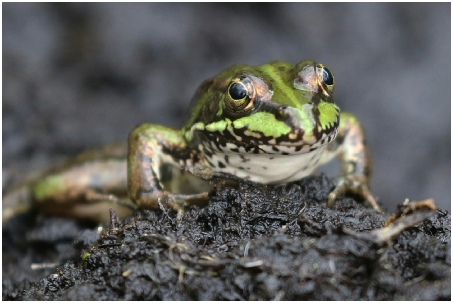 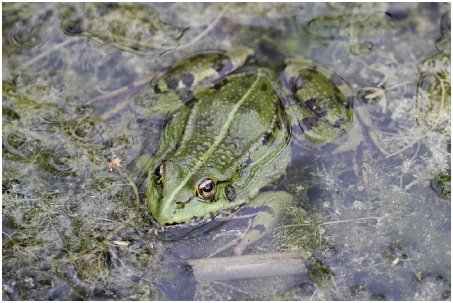 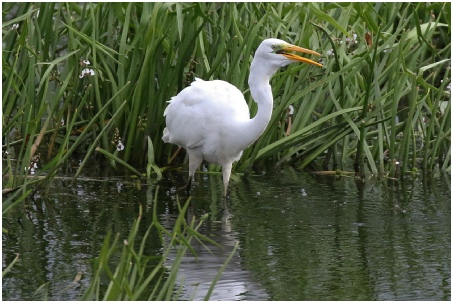 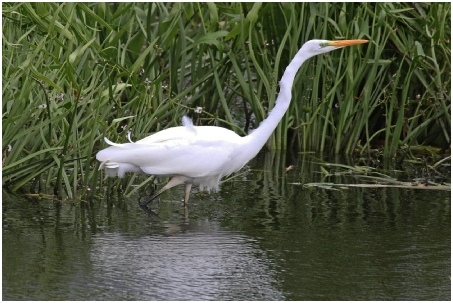 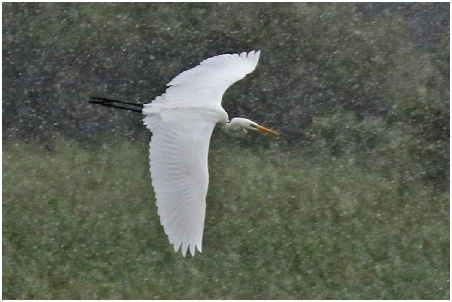 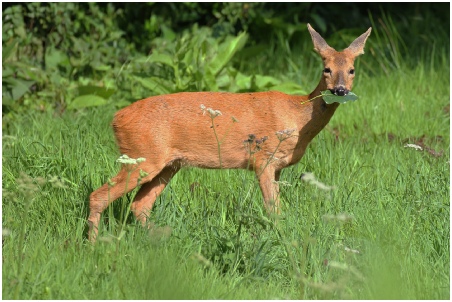 We went to Slimbridge WWT for a couple of hours. A flock of Barnacle Geese flew over the Dumbles, which we viewed from the Holden Tower. From the Robbie Garnett, we managed to spot the elusive Wood Sandpiper, before it flew to the Rushy. A few Green Sandpipers were still present around the reserve. The Wood Sandpiper was found at the back of the pen & was feeding for a couple of minutes, before flying off again to the Top New Peice near the Ziess Hide. A few Cormorants in the Rushy Pen, but most of them, were on posts at South Lake. Black-tailed Godwits were still in their rufous breeding plumage & some these were probably Icelandic birds.

In the tree, opposite the cafe, was an Adult Collared Dove with a Juvenile from this year's brood. Near the South Lake, we managed to find a pair of Common Blue Butterflies. On the South Lake were more Godwits, Ruff, Common Snipe & Avocets. The highlight of the day was the Crane Family. We had a better view of Ruby, Bart & their 2 Juveniles from the Hogarth Hide. Also in front of the hide was a Common Sandpiper. 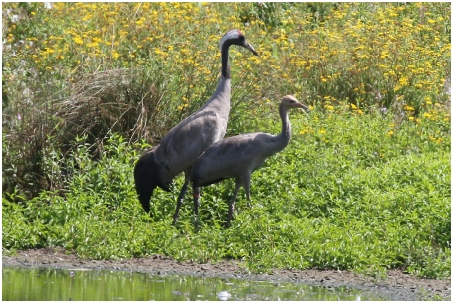 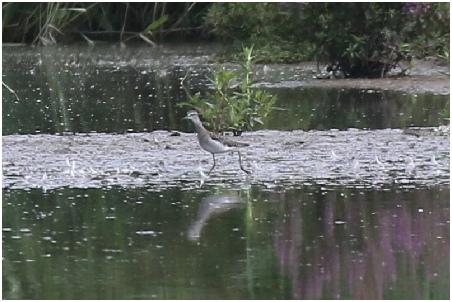 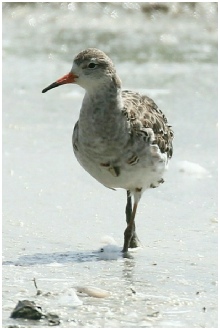 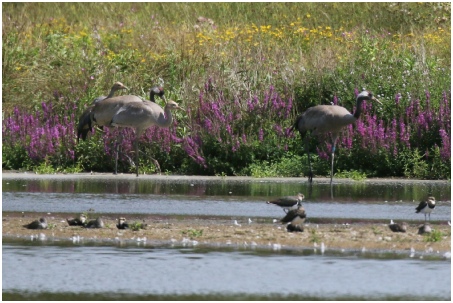 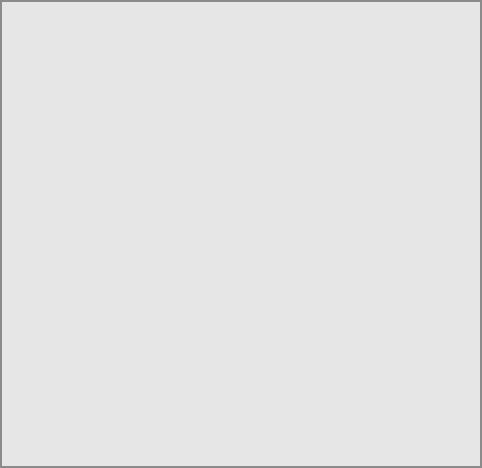 We went to Slimbridge WWT this evening to meet up with Dursley birdwatching group. We headed down to the South Lake to see what was about. A few Cormorants, Black-tailed Godwits & Wildfowl. A couple of Green Sandpipers showed well in front of observatory. We went out onto the reserve in the Landrover & trailer. It was getting quite dark, so there was not much in the way of Passerines. We saw a few Yellow Wagtails flying over, to rest on saltmarsh. The highlight of the evening was a Short-eared Owl quartering the marshes.

We were at the annual British birdwatching at Rutland Water. The Red-necked Phalarope, which had been reported most of the time in the Summer, was still present. The bird was showing distantly from Teal Hide. There was other Wildfowl as well, such as Mute Swans, Mallard, Cormorants & Common Terns. From the Harrier Hide, we had an Osprey perched on a fence post, possibly the same individual from 2016. A few Little Egrets were flying around the reserve. 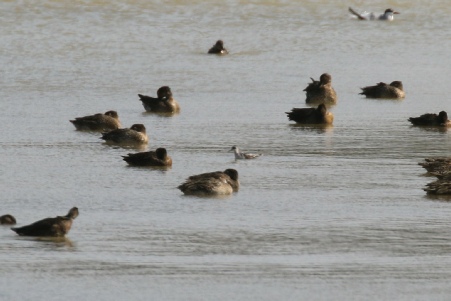 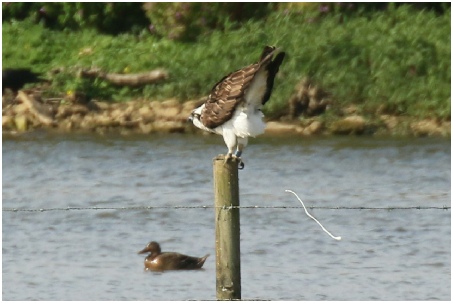 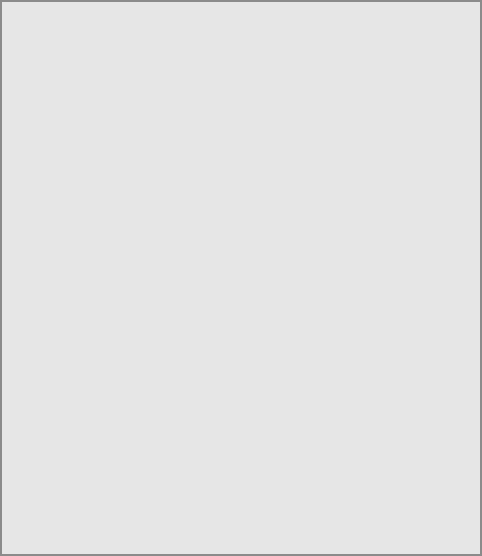 Near the one of the car parks was a mating pair of Southern Hawkers. On the railings to one of the hides was a Speckled Wood resting. From the Shoveler Hide, we saw a few more Little Egrets mainly Juvenile birds. One of the Ospreys flew over the reserve carrying a fish back to the nest. A couple of Common Terns flew past the hide. 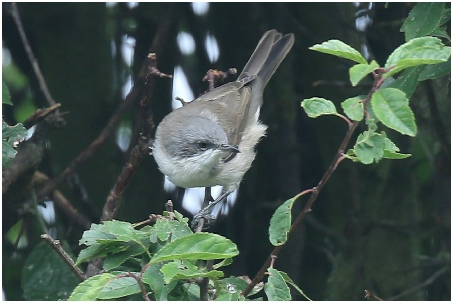 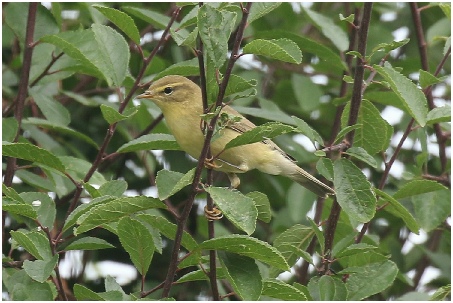 We went to Lyndon Nature Reserve on the final day of our weekend. The birds feeding on the feeders were Greenfinches and Tree Sparrows. Some very surprising sightings included Lesser Whitethroat, Common Whitethroat & Willow Warbler on their migration southwards to Africa. These birds were all this year's Juveniles, making their first ever journey to their Wintering grounds. Just outside the Visitor Centre, I spotted a Speckled Bush-cricket on some leaves of a plant. We explored the North Arm end of Rutland Water, looking for the Great Northern Diver, but sadly nothing. We did see a couple of Juvenile Common Terns resting on the posts & on the beach. Further around the reservoir, we saw a Female Kestrel perched in the tree. We finished the day at Eyebrook Reservoir, with excellent views of a Juvenile Red Kite.