We went to Cors Dyfi near Machynellth to see Monty & Glesni the two Ospreys. We saw also saw quite a few Common Lizards along the boardwalk including a pregnant Female. On a railing near the observation hide was a larvae of a Drinker Moth. Monty & Glesni were both around the nest site feeding their 2 chicks, Ceri and Tegid. After spending some time in the hide we made our way back to car. We saw a Male Reed Bunting singing on top of small tree. The 2 Water Buffalos that graze on the reserve were showing well from the boardwalk. At the feeders we saw a very bright Male Lesser Redpoll with Siskins and Chaffinches. From the visitor centre were some more feeders that attracted Grey Squirrels, Great Tits, Blue Tits & Juvenile Robins. On our way back through the valley we had a unexpected bonus of seeing Red Kites soaring and swooping down in the fields. Our final port of call was at Gilfach Farm. Me & Mum walked down the valley. We saw Meadow Browns, Ringlets, Small Pearl-boarded Fritillaires, Beautiful Demoiselles, Small Skippers & a Small Heath. I also saw a Dipper flying down river & a Male Redstart briefly which Mum missed, oh well we'll try again next year.

(On 21st July, Ceri the female chick passed away. 3 days after she fall from the larch perch, her first night roosting away from the nest. She was 57 days old. We all hoped she would make it, but she must have injured herself more than was thought. A very sad time for all at Dyfi.) 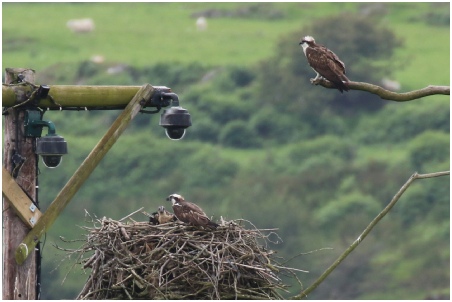 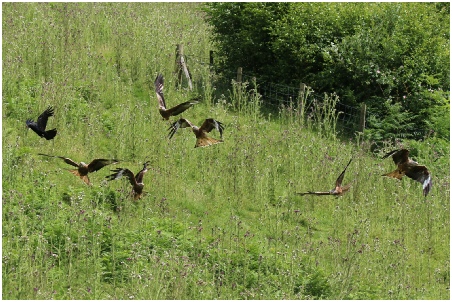 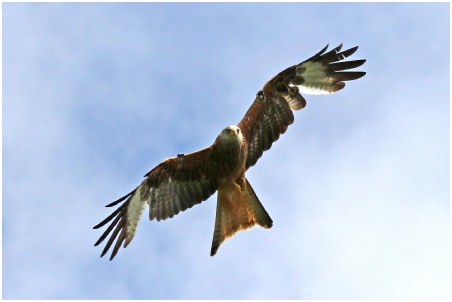 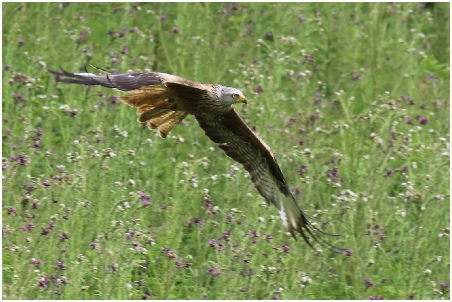 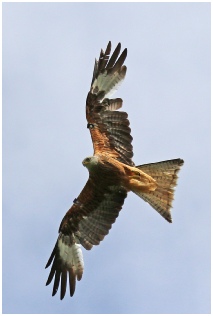 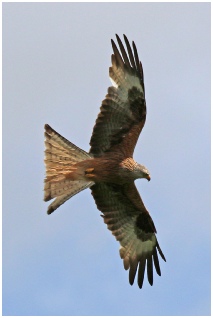 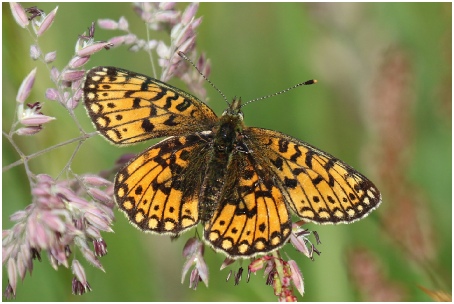 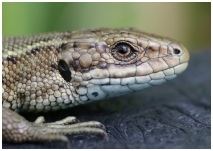 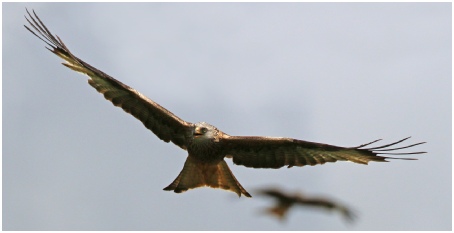 12th - We started our scottish hoilday with Lochs & Glens coaches and first stop in Scotland was on borders at Gretna Green. We saw some Swallows nesting under the eaves of buildings. We also saw House Sparrows, Blackbirds & Starlings but not a lot else. Next stop was on the banks of Loch Lomond at Luss where we had a little walk. It was getting quite late by the time we arrived at the Highland Hotel in Fort William.

13th - The first day was a Small Isles Cruise from Mallaig. We boarded the ferry bound for the Isle of Rum. We saw Common Guillemots, Gannets & few Razorbills before arriving at Eigg. Then it was onwards to the Isle of Rum where we got off and had 2 hours to explore a bit of the island. The ferry meanwhile continued it's journey to Canna. We walked down to the Otter Hide to see what it was like. We certainly didn't any Otters, but there were plenty of Midges. Perhaps they do show there at times, but you need to wait quite a while and we didn’t have the time. I spotted a few Green Tiger Beetles. As we were having our lunch by the pier a group of Female Common Eider swam past. Also a Black Guillemot was diving in between some boats. As we only had a little bit of time we walked towards the village and managed to see some Hooded Crows feeding quite close amongst the seaweed. Afterwards we made our way back to the pier to catch the ferry back to the mainland. On the crossing back over we saw Kittiwakes, Gannets & quite a lot of Manx Shearwaters waiting on the sea to return to their nest burrows on Rum. After we arrived at Mallaig I noticed the Jacobite steam train was in the station, it was headed by 45407 The Lancashire Fusilier and was waiting for it's return journey to Fort William. 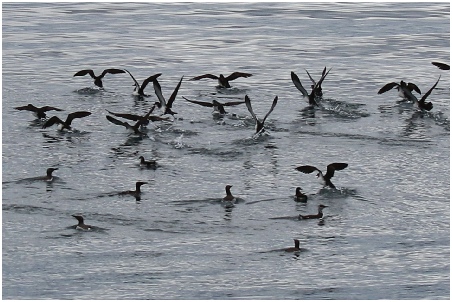 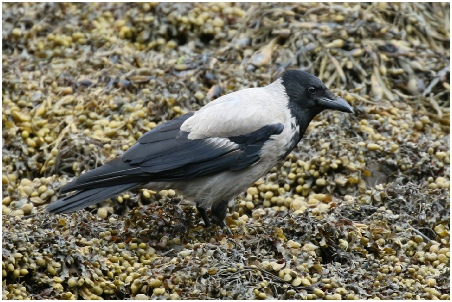 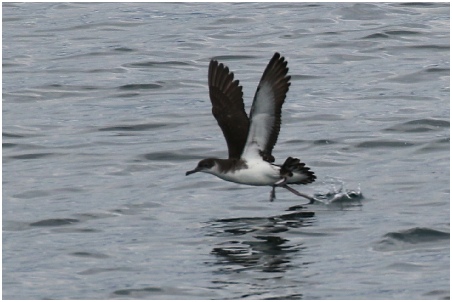 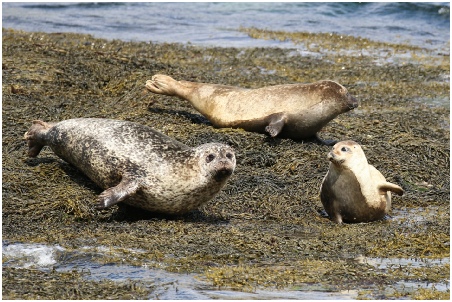 14th - We started our 3rd day at Fort William Station to watch 10:15 Jacobite departure to Mallaig headed by 62005 known as The Lord of the Isles but lacking it's nameplates this year. We went on a cruise around Loch Linnhe and saw loads of Common Gulls flying up & down. Red Deer were right up on the hill. No Sea Eagles unfortunately, even though we were told that they nest nearby. At the end of Loch Linnhe was a small island where Common Seals were resting.  In the afternoon we did a bit of sightseeing, first heading to Glen Nevis to look at the waterfall. Then it was to Neptune's Staircase where the Caledonian Canal runs along the Great Glen from Fort William to Inverness. Finally we went to see the Commando Memorial near Spean Bridge. A very moving place with the peaks of Ben Nevis in the background.

15th - As it was a very wet day we decided to go on the coach trip rather than doing our own thing. The coach headed to Inverness via the Cairngorms but unfortunately the mountains were covered in the clouds and we couldn’t even see them. Very different to how we left them in May. We had a stop at Aviemore briefly before we continued north. We had a couple of hours in Inverness before returning back passing Loch Ness at Drumnadrochit and Urquhart Castle. We had another brief stop at Fort Augustus before continuing back to Fort William.

16th - We headed south to Glencoe and stopped to look in the Visitor Centre. Then continued to Loch Awe where there is another Lochs & Glens Hotel overlooking the loch and Kilchurn Castle.  We had 2 hours to spend at Oban so we went to look for the Black Guillemots. They were present on the far side of the harbour where we saw them last year. They breed in the harbour walls and are quite obliging birds. They seem used to people. There was a couple of Rock Pipits as well on the seaweed. Oban is a great place to see Black Guillemots and it's surprising how fast two hours can fly when watching lovely birds like these. In the evening we went for a walk around Fort William and saw a Rock Pipit and a Hooded Crow.

17th - The coach went to Mallaig today with a brief stop at Glenfinnan. The Jacobite was just leaving Glenfinnan Station as we left. At Mallaig, we went to station to see the Jacobite arrive. When we first went up in 2003, there was only one Jacobite steam train. Since 2011 a second Jacobite steam service has been introduced to run in the afternoon. 62005 was in charge again for the morning service. After we saw it run round it's train, we went back to the carpack to sea watch before getting on the coach. We saw a Gannet flying past and and a Cormorant. The return journey was back through Strontian and the Ardnamurchan Pennisula and a brief stop at Acharacle. Then we caught the Corran Ferry back from Ardgour and then on to Fort William. In the evening, we went to Fort William Station to watch the final Jacobite steam service of the day from Mallaig headed by 45407. We didn’t watch the departure due to a class 37 diesel towing on the front of the train to take it back to the sidings. We then went back to the hotel as we had an early start the next morning. 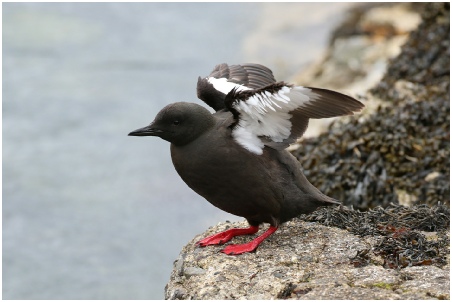 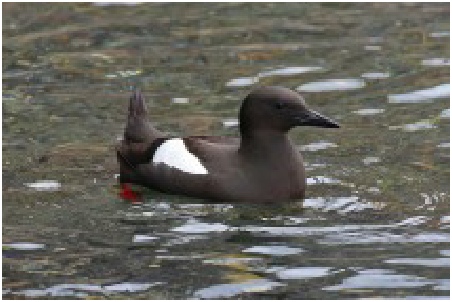 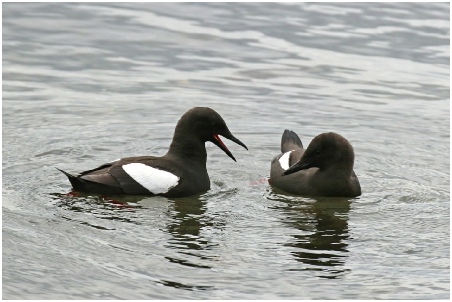 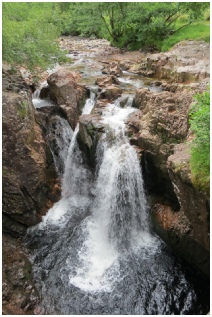 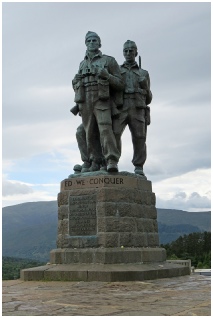 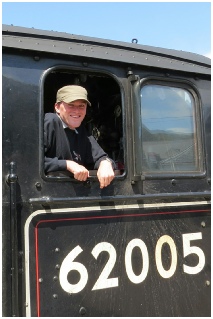 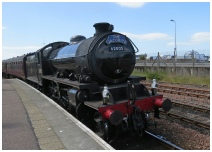 The Jacobite arriving at Mallaig

We went  for walk around the Forest of Dean today and we saw plenty of Dor Beetles crossing the path. A pair of Hawfinches came down to drink from one of the ponds. Wren & Goldcrests were also bathing in the puddles. A Common Chiffchaff was hidden in dense bushes. On the heathland we saw a Tree Pipit, Female Broad-bodied Chaser and Green Tiger Beetles. Further up the path we saw some Wild Boar Piglets and the Female was on the other side. Suddenly she bolted across the path to rejoin the family. We had some brief views of Pied Flycatchers and another family group of Wild Boar later in the day. 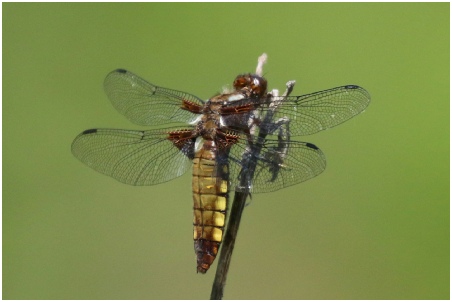 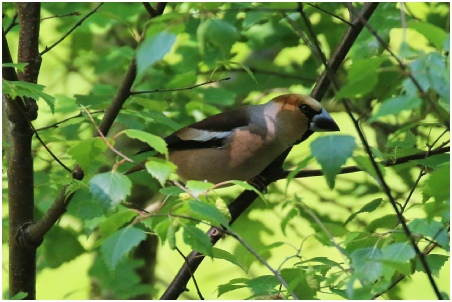 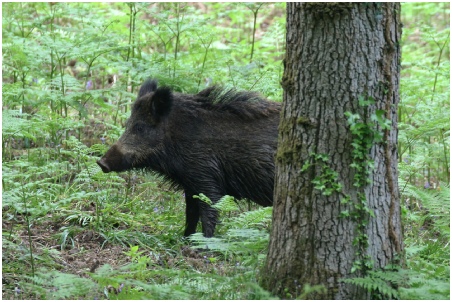 We went to London WWT at Barnes to see if the Little Bittern was still present. We headed straight for the Wildside area where the Little Bittern was but sadly no sign. We had a brief view of a Jay in the reeds and a Male Common Pochard. In the grounds were Southern Marsh & Bee Orchids. Also saw a pair of Egyptian Geese before they took off. From the Wader Scrape Hide we had a good view of the Sand Martin nestbank and one point we saw lots of them perched on the bank. We saw a few Ring-necked Parakeets flying and perched in the trees around the centre, also saw a group of Juvenile Long-tailed Tits. Finally back at the car park we saw a Male Common Blue Butterfly.

On the way home we popped into RSPB Otmoor to look for Turtle Doves. We spotted our first Turtle Dove singing up on a telegraph pole. The last time we saw Turtle Doves was in the Camargue in May 2014. The song of the Turtle Dove is one of the classic sounds of Summer. We don't often see them much in Britain, as they are in decline, which is of course due to habitat loss & mass hunting in the Mediterranean. Down by the gate we saw a few Linnets and a Male Bullfinch. We saw our first Hobby of the year perched on a wooden fence on the reserve. We saw about 3 in total. In the same area we saw the Turtle Dove perched singing. On the gate bars I spotted a Cardinal Beetle. We also spotted a Marsh Harrier flying around the reserve. It was a Female as it had white crown. Snipe were drumming everywhere and we heard lots of Cuckoos. After waiting for a while the Turtle Dove eventually came down to the ground to feed. It was a bit tricky at times trying to photograph it through the bars of the gate, as we didn't want to move close and scare it off.  As we were getting excellent views of Turtle Doves, we couldn't tear ourselves away but time was getting on. We had a quick look on the feeders but not a lot on them, except the usual garden birds but we did see a rather special mammal which was a young Fallow Deer Buck. Also we saw somebody doing a Brown Hairstreak survey and we had the privilege of a view of 2 larvae feeding on Blackthorn leaves. We possibly might go back when the Adults are on the wing. On the path back to the car park was a another larvae, this one was a Drinker Moth. On our way home we spotted another Deer. This was a Muntjac Buck which immediately clocked us and started to walk away into a small bush. A very good day indeed! 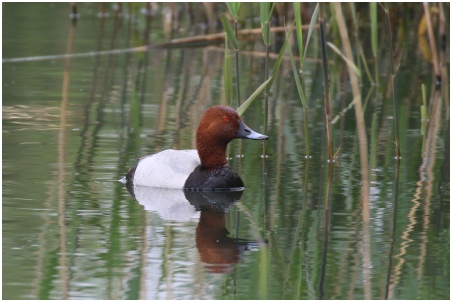 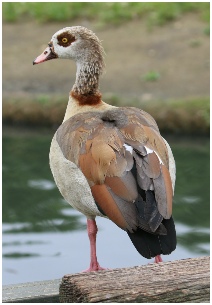 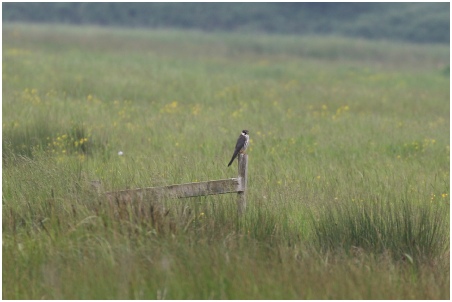 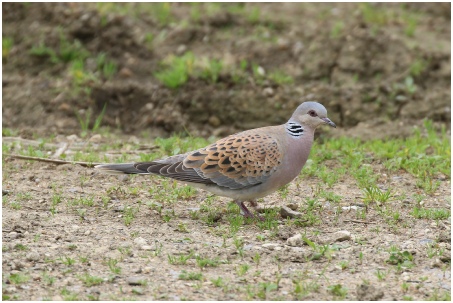 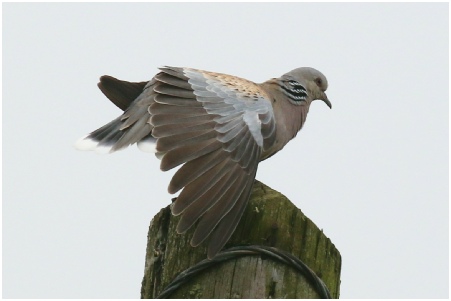 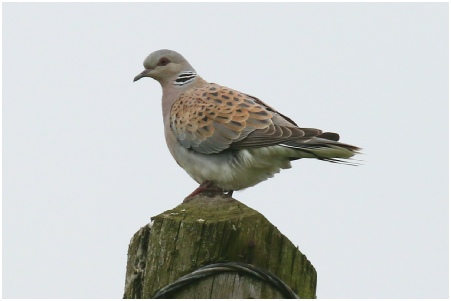