On Monday Me & Dad popped out to Bradley Stoke to see the Waxwings. There was certainly not very many berries left. When the birds flew in, they perched in the tall trees next to the car park, then some of them landed on the ground to feed on the remaining berries & some were perched on rowan trees. After a while they all took off and few over the Tesco building. This Winter could possibly be the last time that Waxwings occur here as the Willow Brook Centre are in the process of cutting a lot of the rowan trees down around the carpark. Hopefully, they will leave a few. 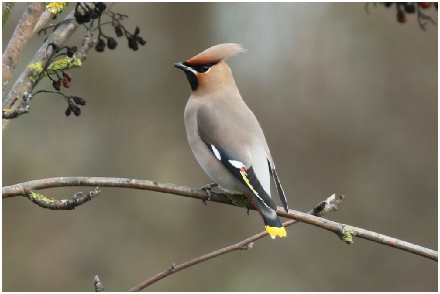 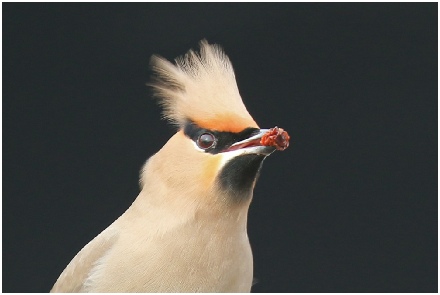 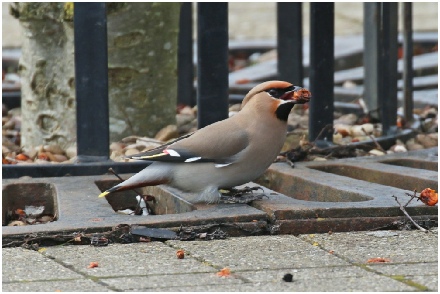 We went to Blashford Lakes near Ringwood to meet up with the group from Bristol Ornithological Club. At the Woodland Hide we saw Lesser Redpoll, Reed Bunting, Chaffinch, Goldfinch, Siskin & Brambling. On our way to the Tern Hide, Dad saw a Kingfisher briefly. A Nuthatch was calling up high in a tree. In front of the Tern Hide were a couple of Meadow Pipits & a 1st Winter Pied Wagtail. On the lake were Great Crested Grebes, Little Grebe, Black-headed Gulls, Greater Scaup on the far side & Egyptian Geese flying past. Two Egyptian Geese flew right past the hide again & landed behind the island. The pair were later seen mating, a sign that Spring is on it's way. On the the island was a much scarcer visitor, a Water Pipit. This Pipit is a fairly common in Winter, but rare in Spring. A couple of Reed Buntings were feeding nearby. On our way back to the carpark, a Male Brimstone landed on the ground. It was our first one this year. We went to the Ivy South Hide where apparently a Great White Egret was seen on the other side of the lake by the reeds, but sadly never showed again. Other birds were present such as Black-headed Gulls, Cormorant, Great Crested Grebe, Gadwall & Wigeon. There were also lots of Scarlet Elfcups around the reserve. After lunch we made our way to the Lapwing Hide. We stopped halfway to look out for Firecrest, but only heard it singing. From the Lapwing Hide a flock of Goosander flew over to the island. One Female Goosander landed briefly in front of the hide & then took off to join the others on the island. Spring is also a good time to see the Wild Daffodils around the reserve. After saying goodbye to the others, we had a quick stop at Harbridge on our way home to look for European White-fronted Goose. The 1st Winter was present in a field with Greylag, Egyptian & Canada Geese. This bird had already developed some white around the bill base, but no black bars on the belly yet. It was a very good day, with lovely weather and a great group of people. 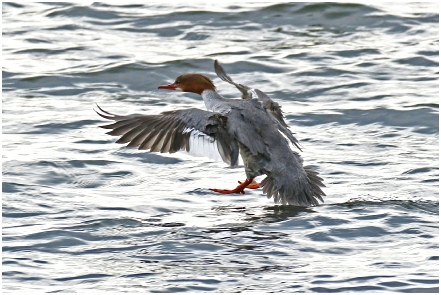 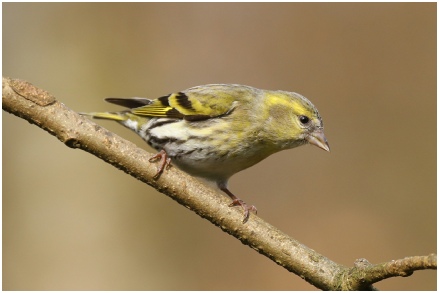 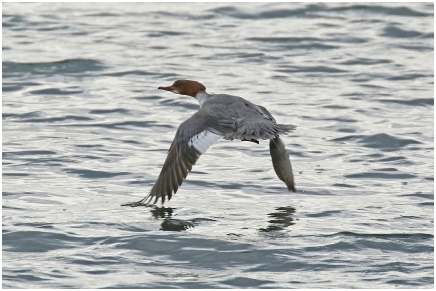 We went to Cardiff Bay to see the Long-tailed Duck & Glaucous Gull. When we first arrived, we thought  it was going to be a complete waste of time. However after scanning around the wetlands from the boardwalk, Dad managed to locate the Long-tailed Duck. The 1st Winter Male was apparently seen feeding in front of the bank opposite the wetlands & had just come to roost among the Greater Scaup. It woke up occasionally for a bit of a stretch & swim around, before going back to sleep again. Then twice the Ducks disappeared into a little bay out of sight, before reappearing again. Other birds around the reserve were Coots chasing each other, Lesser Black-backed Gull fighting with a Herring Gull, Mute Swan, a obliging Cormorant & also a Great Crested Grebe. In the afternoon we went to Forest Farm. At the feeders were Coal Tit, Robin, Dunnock & Grey Heron foraging behind until it was flushed by people walking. From the hide were a few Common Snipe. A Male Bullfinch was perched in a catkin tree. Some birds were feeding on the window of the hide including Great Tit, Blue Tit, Robin & Nuthatch. A couple of Jays came down for some nuts. A Female Green Woodpecker was perched high up in the tree. A cheeky Grey Squirrel was foraging along, looking some nuts. Fortunately, it didn't take the nuts that were put out for the Jay. There was a Moorhen walking up and down from the pond, occasionally running away quickly down the bank. In the Kingfisher Hide was a Grey Heron foraging & looking for fish, after a while it took off. The Kingfisher was very elusive and the Male only perched for about 1/2 seconds before it took off. Maybe next time. 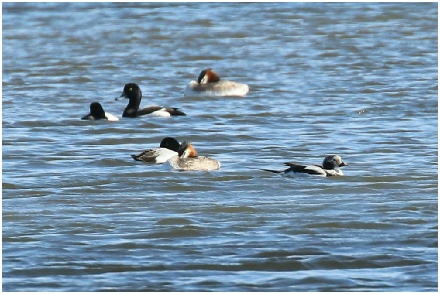 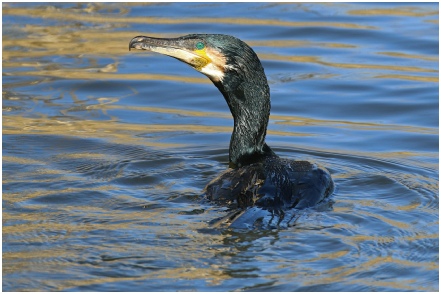 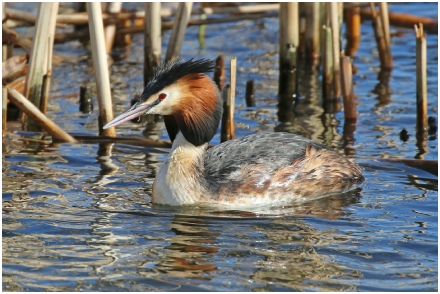 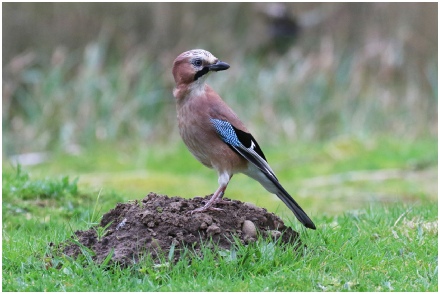 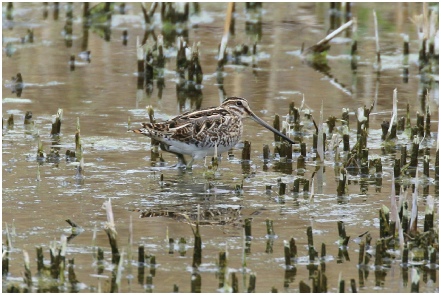 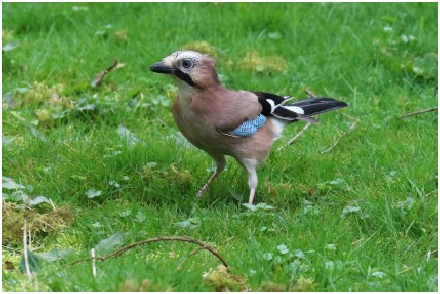 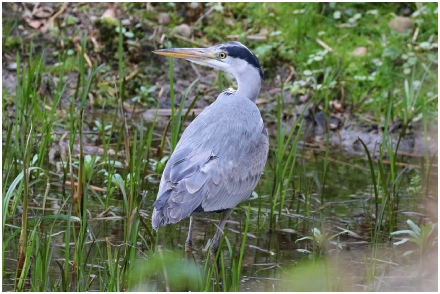 We popped out to Slimbridge WWT to see the Garganey that had been showing well from the Discovery Hide for the last few days. When we got there, we heard that the pair had flown towards the Hogarth Hide. We went there and we were told the pair had gone out of sight & hidden in the vegetation. Fortunately, we then informed that a Male was showing well in front of the Discovery Hide, so back on the route march again. We managed to catch up with this Male Garganey, even though it spent much of the time asleep. It did wake up occasionally to preen, stretch & swim around. After a while it went back to the bank to sleep. A bit later on, it got a rude awakening by a Male Shoveler, but it was a good thing for us photographers, because it gave us the best view in good sunlight. Common Teal and Gadwall were also present on the lake and a flock of Black-tailed Godwits made a series of fly passes. 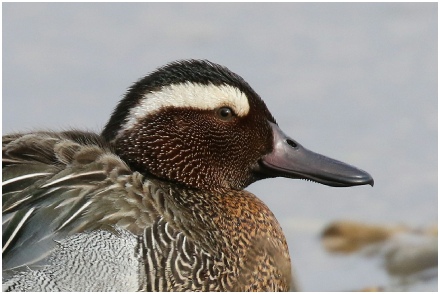 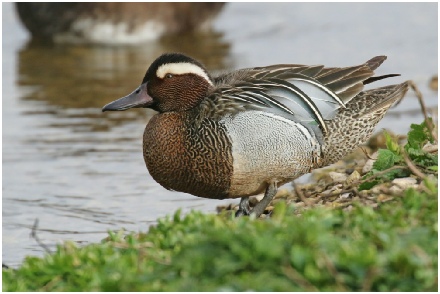 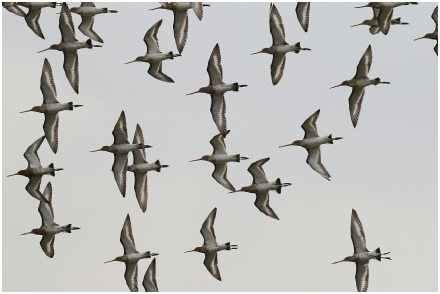 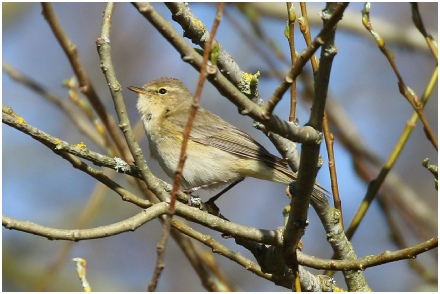 Having heard that an Iberian Chiffchaff was found at Kingsgate Park that morning, Me & Dad popped up to try to see it. First thing we saw was a Comma. Quite a lot of Chiffchaffs were singing. A Goldfinch perched on a teasel briefly. 2 Peregrines soared high over the park and the local Little Grebes were displaying on the pond. Sadly the Iberian Chiffchaff didn't sing or show at all.  (Later, when I was going through my pictures, there was one Chiffchaff that looked like a good candidate). In the afternoon, we popped out to Aust Warth for the Short-eared Owl. It was flying around the bottom end of the road & then slowly made it's way up. It gave good views perched on a log against the setting sun.

We went back to Kingsgate Park, Yate early the next morning for a much better sighting. This time the Iberian Chiffchaff was heard singing well, but kept flying to & fro. Eventually by the small pond it settled a bit to preen and sing briefly. As it was Mother's Day we thought we would take Nan for a drive to Chew Valley Lake. We went via New Passage for the Little Owl, which was showing well in it's usual tree. Chew Valley Lake were generally quiet for birdlife, just the usual Canada Geese, Mallard, Coot, Moorhen etc at Heron's Green. In the channel at Herriott's Bridge was a Great Crested Grebe fishing. On one occasion, it managed to catch a Perch. A quick look at Stratford Hide only revealed a Male Goldeneye with a flock of Tufted Ducks. We went home via Marshfield. We saw Yellowhammers, Corn Buntings, Female Kestrel & a Peregrine chasing some passerines. 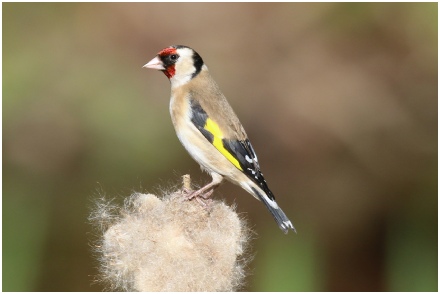 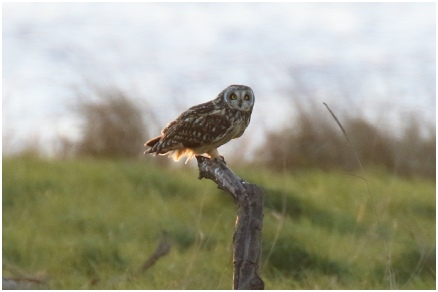 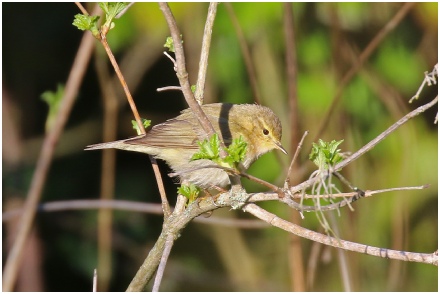 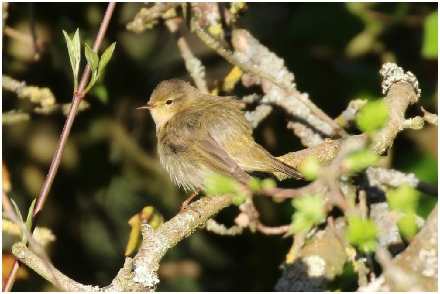 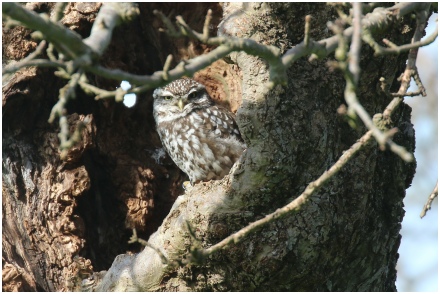 We went to Snuff Mills in Bristol to look for the Dipper. We saw some Mallards along the River Frome. A Jackdaw was collecting sticks for it's nest. A Grey Wagtail was foraging beside the river. A Jay showed well in the tree on the other side of the river. The best highlight of the day was a Male Kingfisher perched in two different trees & after some quick fishing in the river, it flew back up to digest it's fish. We saw another Kingfisher perched in Eastville Park, this it was a Female as it had some orange in the bill. On our way to Aust Warth, we popped to New Passage to see the Little Owl still sitting in it's usual tree. We were hoping to see the Short-eared Owl flying around. After 17:00 we gave up and made our way home. 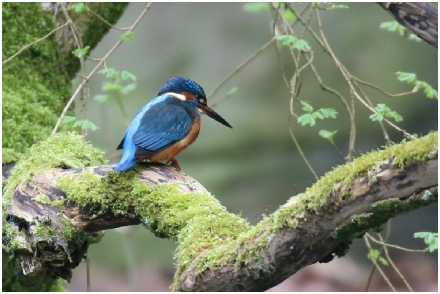 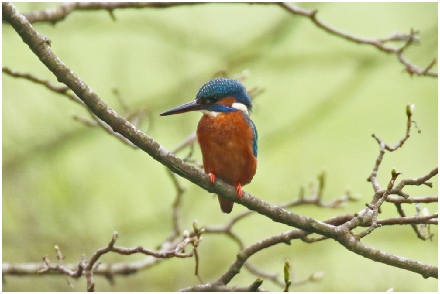