Another week, while working at Organic Blooms, I managed to find a pair of Stonechats in the hedgerow on my breaktime. It was the first time I seen the species on our site and was very chuffed! A Common Buzzard was perched on our new polytunnel briefly, before flying off. It soared overhead above our site. The Female Common Kestrel was seen again during the day, but only stayed for a short while. By the main B4059 road from Iron Acton to Thornbury, the Redwings & a Male Blackbird were feeding on a few berries in appalling light. 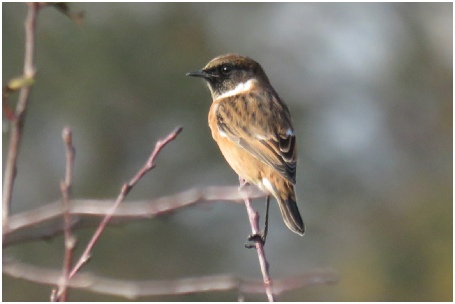 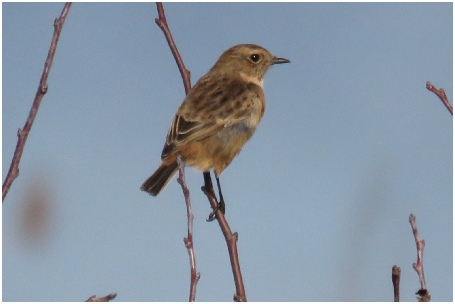 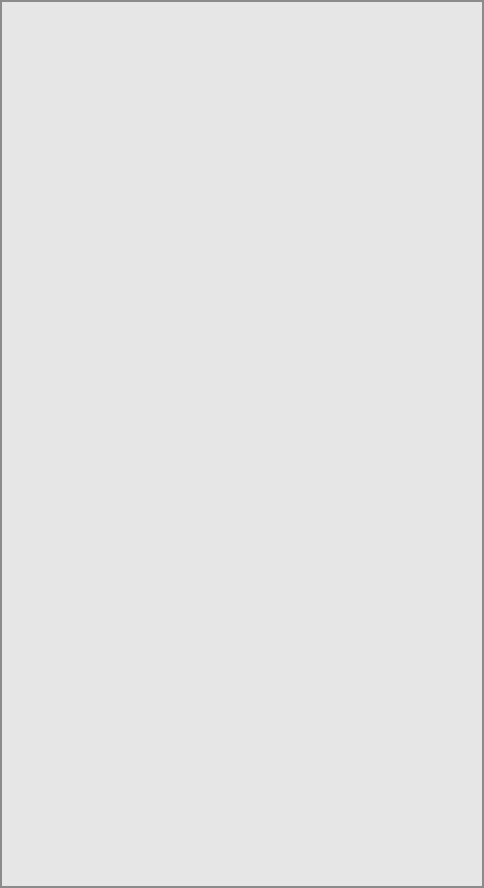 While working at Organic Blooms on my break, I managed to see and photograph some Redwings feeding on berries in slightly in better light near our new polytunnel. The Robins were still present & foraging for worms around some of the flowerbeds. Finally the regular Female Common Kestrel was seen perched on the wire near Latteridge Farm. It was a shame I only had my small camera, but I managed to get a record photo of her. 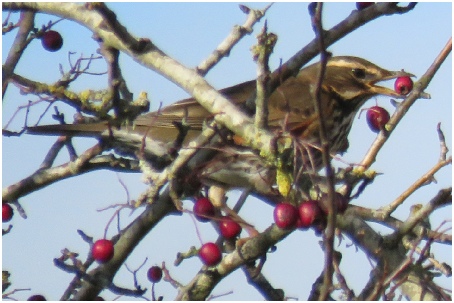 Me & Dad went to New Passage to see the Snow Buntings that have been there for a few days. Both birds were showing well feeding along the seawall near the Prince of Wales Bridge. The Female was first present from 7th-9th, when she was joined by a 1st Winter Male from 8th. They remained in the area until at least 14th, when both birds flew off towards Severn Beach. 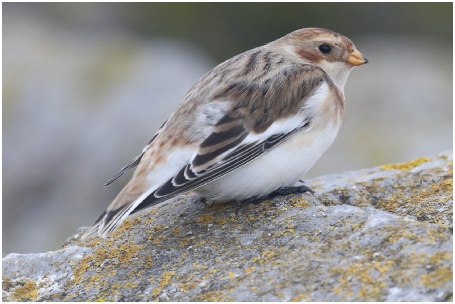 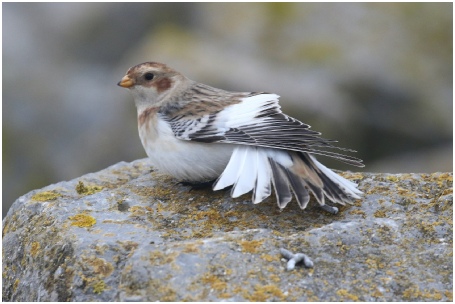 While on my break at Organic Blooms, I was entertained by the Redwings perched in the trees by the entrance & flying over the site. The Robins were still after some of the worms in the flowerbeds & one was regularly seen behind the training room. Later in the day, I saw a Wood Pigeon perched in a tree by the farm building. 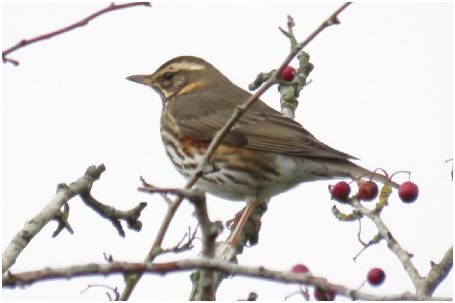 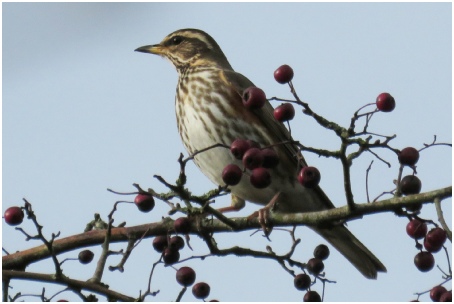 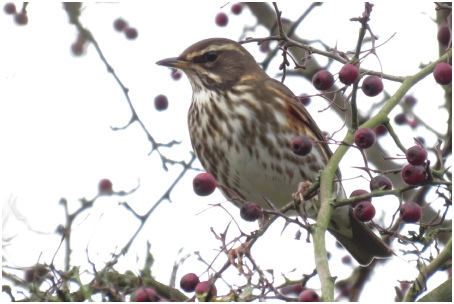 As Dad had go to Cheddar for work, I decided to come along for the ride. We popped into Apex Leisure Park in Burnham-on-Sea to look for the Tundra Bean Goose, that had been present since 4th November 2020. When we first saw it, the Juvenile Tundra Bean Goose, was resting on the bank of the lake near the car park with 2 Juvenile Eurasian White-fronted Geese. After spending a few minutes asleep on the bank, both the Tundra Bean Goose & the White-fronted headed out to the water for a swim.  Both Geese species are a rare sight in parks like this, so these three birds attracted a lot of attention. There was also an escapee Rosybill Pochard. 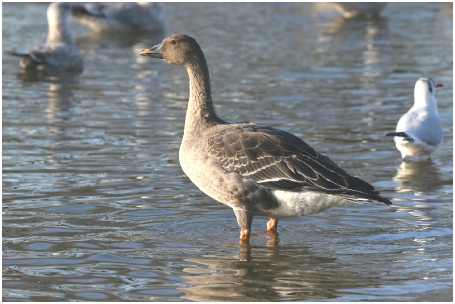