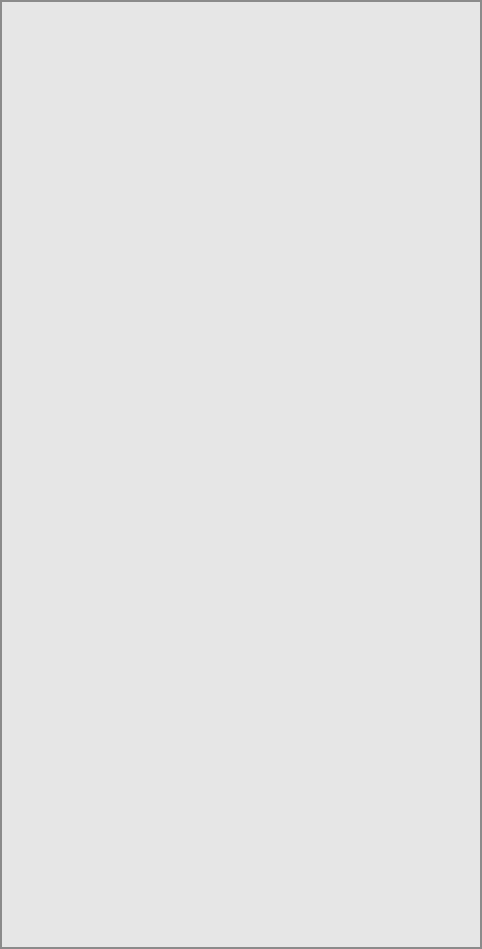 We popped back to Slimbridge WWT to have another look for the Jack Snipe. The Water Rail was showing underneath the feeders at the Willow Hide. Sadly the Jack Snipe was not on show again at the Martin Smith, in fact there wasn't any Snipe showing at all. In the Rushy Pen, there was loads of Pintails in front of the hide. We only had time to look down the Holden Walkway as Dad had to get back to work, but it was good to get out for a couple of hours.

On our third visit to Slimbridge WWT, we eventually managed to see two Jack Snipe from the Martin Smith Hide. The Jack Snipe spent most of the morning asleep on the island & only woke up briefly for  preen. A flock of Common Cranes flew over the Tack Piece towards the Dumbles. The first wintering Bewick's Swans of the Winter landed. A few Common Teal were swimming & feeding in front of the hide and a couple of Cranes showed well. One Adult had the colour rings of the Great Crane Project bird, but the other two birds had no rings on the legs. This suggests that these are wild birds, but from where? We simply don't know, they could be British birds from Norfolk or perhaps continental birds from Siberia & Scandinavia. The Water Rail was still showing well underneath the feeders at the Willow Hide, despite the people talking loudly. Finally back at the Martin Smith Hide, the Jack Snipe was feeding & showing well. Unusual amongst all the other Snipe in the world, the Jack Snipe is the only species that feeds with a distinct bobbing gait. It was great watching him. The first time I’ve seen one doing that. 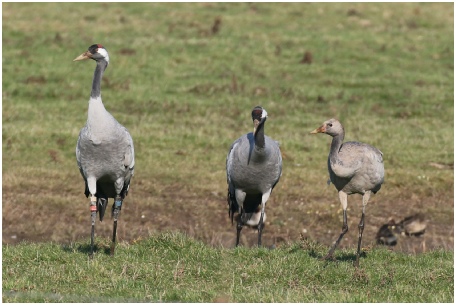 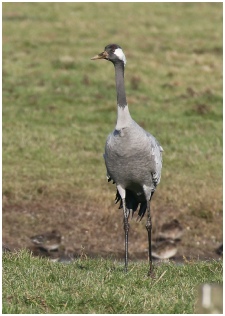 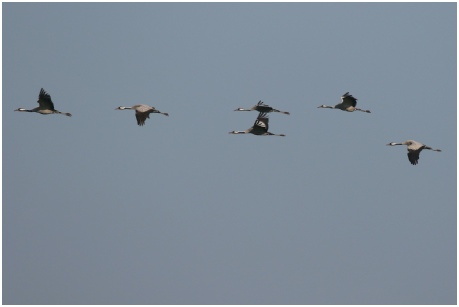 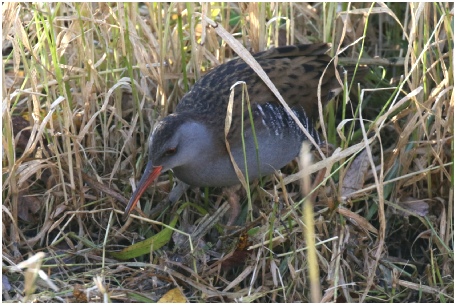 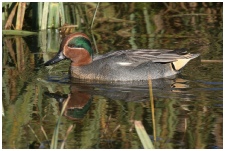 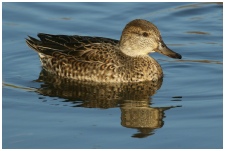 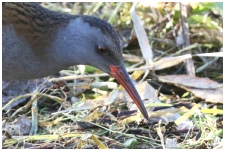 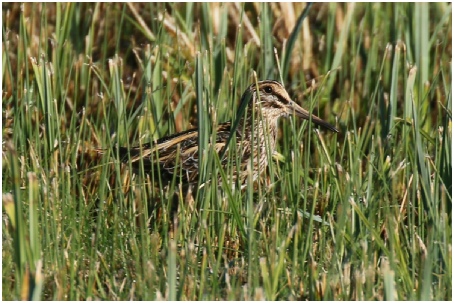 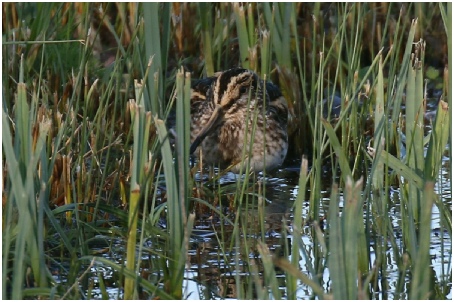 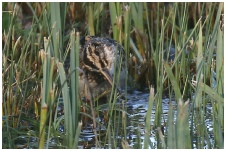 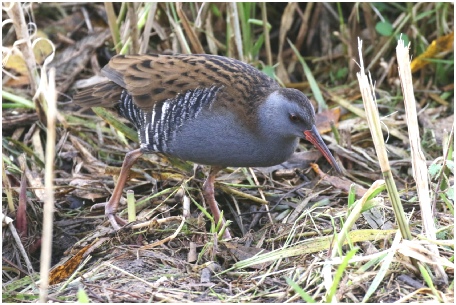 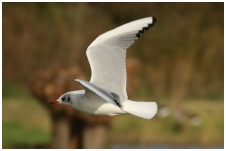 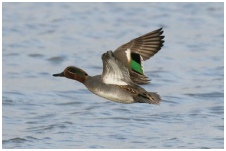 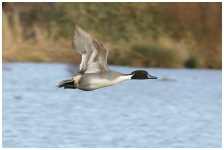 We headed down to the Somerset Levels to see what Winter Wildlife was about. Along the road between Westhay & Burtle in the fields, we saw a big flock of Cattle Egrets. We also saw another big flock of them near Catcott Lows, they surely must have bred at nearby Shapwick Heath. We went to Ham Wall RSPB to walk around the reserve. A Juvenile Grey Heron was feeding in the channel below Ashcott disused railway bridge. There were loads of Coots on the lakes. Other birds included Shovelers, Mallards, Wigeon, Common Pochards, Gadwalls, Mute Swans, Canada Geese and Common Teal. A few Great White Egrets were also seen, but not close enough to be photographed. We had better luck at Herriott's Bridge, Chew Valley Lake. We saw at least 20 individuals in one area. They are certainly doing well in Somerset. 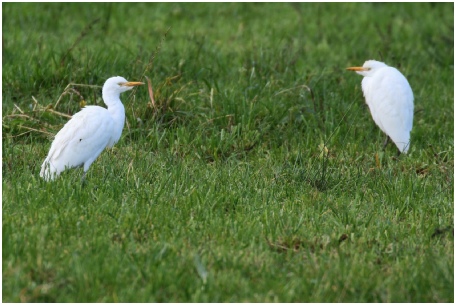 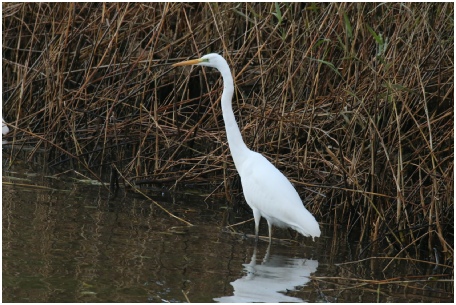 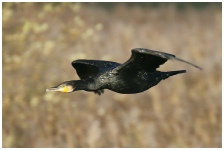 We went to Slimbridge WWT to look for the Jack Snipe, that was present from Martin Smith Hide. We started at the Robbie Garnett Hide, where had good views of the first European White-fronted Geese of the Winter. There was an Adult & a couple of Juveniles together with Greylag Geese in front of the hide. There was also Common Teal, Shovelers, Pintails & Common Pochards. From the Knott Hide, we saw a Green Sandpiper. We didn't see much from the Holden Tower, apart from the Greylag Geese. A Jackdaw flew past in front of the hide. While we were having lunch in the cafe, I spotted a Speckled Wood basking on the fence. We popped to South Lake to see what was there. We saw Coots, Moorhens, Cormorants & Gulls. We finished at the Martin Smith Hide, looking for the Jack Snipe. We saw the Crane Family, which landed on the Tack Piece opposite the hide & gave us excellent views. We didn't see the Jack Snipe on this occasion, we saw it's commoner cousin. There was in fact 2 Common Snipe in the early evening sunlight & one streched out it's wing. Another couple of Cranes flew towards the Dumbles. It still feels amazing to see Common Cranes at Slimbridge and I love hearing them call as they fly over. 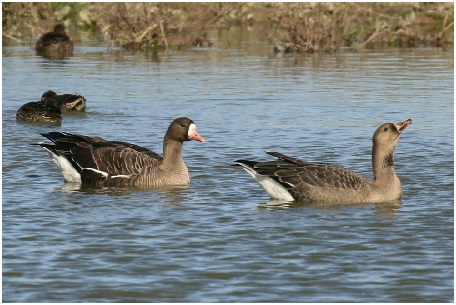 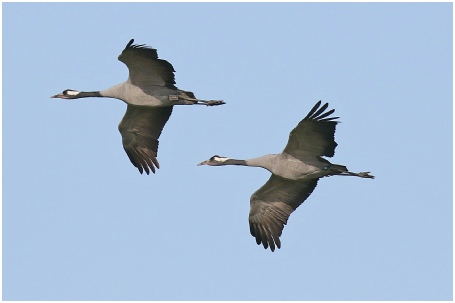 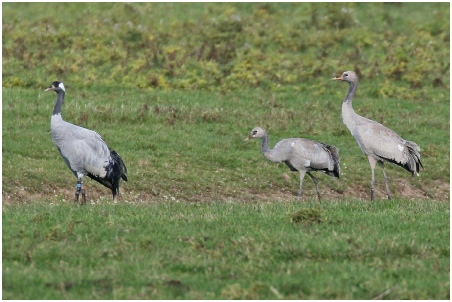 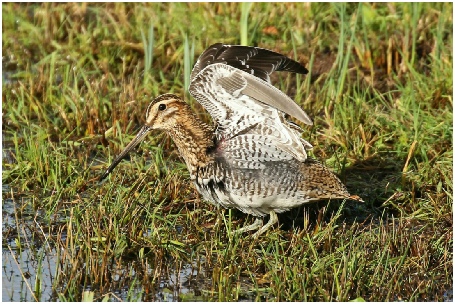