Me & Mum went to Titchfield Haven NNR in Hampshire with the Dursley Birdwatching and Preservation Society. We went to the Meon Shore Hide & saw a lot of Waders at high tide. These included Common Redshanks, Lapwings & Oystercatchers. A Female Marsh Harrier flew past the hide & was also seen from Spurgin Hide. There was one Oystercatcher seen on one of islands which showed some signs of being partial-leucistic.There was also a few Common Starlings, Black-headed Gulls & Herring Gulls around the site. A few Wigeon had already started to arrive for the Winter & some were still in Eclipse Plumage. A few Butterflies were still on the wing which inculded Speckled Wood & Red Admiral. Back at the Meon Shore, we saw a Common Snipe fly around before landing on one of the islands. There were 4 Little Egrets seen in front of the hide. On the way back to the Visitor Centre, I heard some Bearded Tits ‘pinging’. We stood on the viewing platform and saw two fly over the reeds. In the harbour was a flock of Turnstones mixed in with Ringed Plovers. After a cup of tea at the Visitor Centre, we had a look in the Cottage Hide that overlooks the feeding station. We saw Greenfinch, House Sparrows, Wood Pigeons, Dunnock, Great & Blue Tits. Along the boardwalk I spotted 2 Jays fly past and perch in a tree. Again it was very quiet & not much about.  In the early evening an Adult Winter Common Gull came in to roost in the harbour. It was joined briefly by a 2nd Winter Herring Gull on the island. Afterwards we made our way back to the minibus.

As the forecast said it was going to be dry & sunny, we headed to Blorenge in Wales. We walk up to Pwll-du Quarry to see this Winter Plumage Adult Male Common Rock Thrush. It had been present since 12th October & was still showing well down to 20 feet in front of a group of birders. When it was preening the redtail showed occasionally, which is why it's sometimes refered to as Rufus-tailed Rock Thrush. It also had been seen stretching it's wings to show the red underwing. Sadly it didn't show much of the red underwing during our visit. A couple of Meadow Pipits were also present. The Rock Thrush was feeding on the Mealworms that had been put out for it by other birders and they also attracted the Meadow Pipits as well. In the late afternoon we went to the Forest of Dean. We had a quick look around the feeders at Cannop Ponds. We saw a Grey Squirrel, Marsh Tit, Coal Tit, Robin, Dunnock, Blackbird, Blue Tit & Great Tit. We didn't see any Mandarin Ducks there. We went to the Stoneworks and we saw 3 Mandarins swimming across into the bank. On our drive back through the forest, we came across 2 Fallow Deer. Fantastic end to the day!

We went to Westhay Moor SWT to look for the Bearded Tits. I picked up the sound of the Bearded Tits calling in the reeds. We went to the Island Hide, where we had a couple of brief glimpses of 2 Female Bearded Tits. There was also a Female Marsh Harrier, Cormorant, Mute Swans & a Moorhen. Me & Mum went back to the car for lunch. Dad went to look & saw them on the boardwalk. Afterwards Me & Dad went down to look and we weren't disappointed. We saw at least 5 Bearded Tits feeding on the boardwalk. Marvellous little birds! Can't get enough of them! A Male Common Darter was resting on a tree. We were going to spend the afternoon at Shapwick Heath to look at new Noah's Lake Hide. However because the light is always bad there at that time of day, we decideded to do Ham Wall RSPB. A couple of Stonechats, a Grey Heron & a Hybrid Duck were seen from the 1st viewing platform. While Mum walked down to the Alavon Hide, me & Dad continued to the 2nd viewing platform. We manged to spot the Adult Winter Glossy Ibis, which was feeding in front of a group of Wigeon. We walked down to Alavon Hide & saw a Red Admiral basking on a tree trunk. There was not a lot of wildlife seen from the Alavon just few Shoveler, Wigeon, Gadwall, Mallard, Pochard, Marsh Harrier, Great White Egret & a Bittern was reported flying at a distance before landing in the reeds. As the sun started to set, we made our way back towards the car park. A couple of Grey Herons were perched on the bank by the disused canal. We stayed for the Starlings coming in roost in the reedbeds, which was a lovely way to end the day. 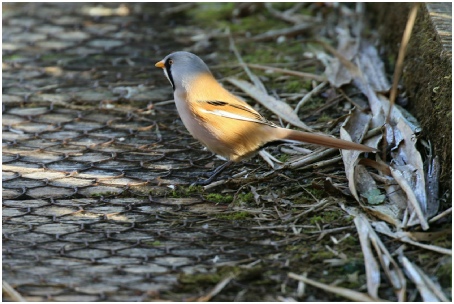 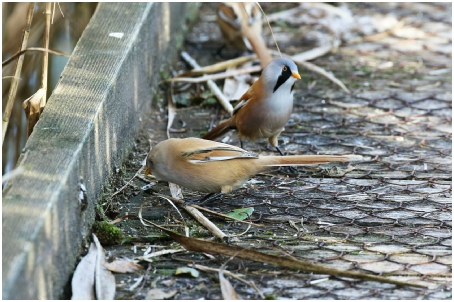 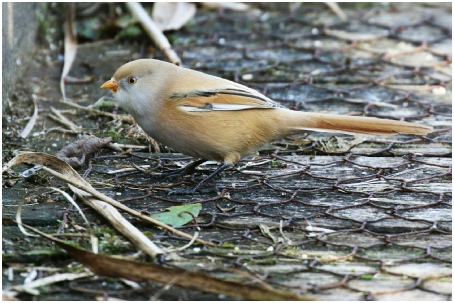 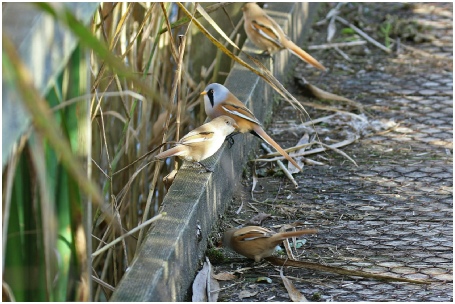 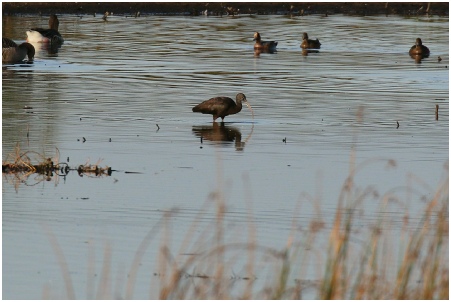 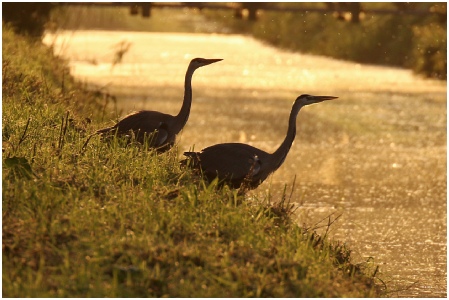 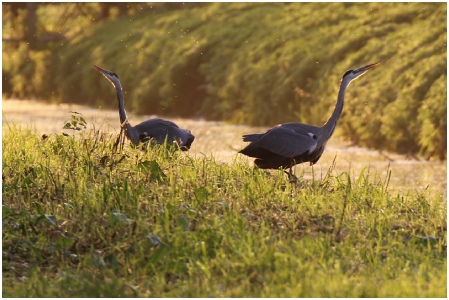 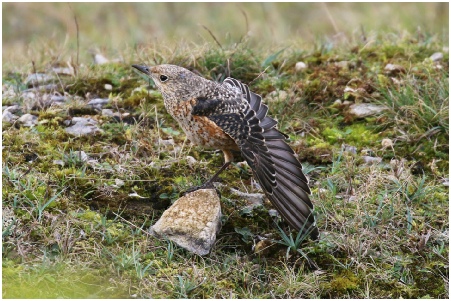 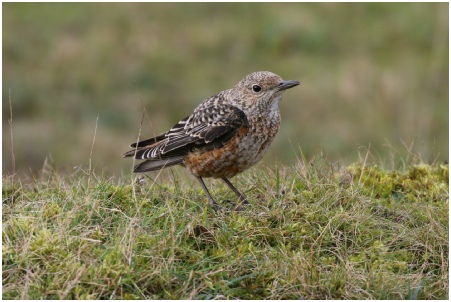 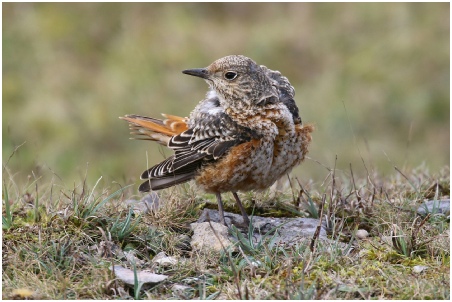 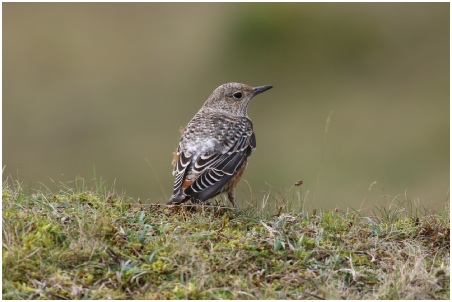 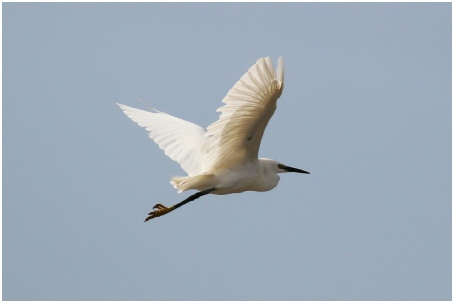 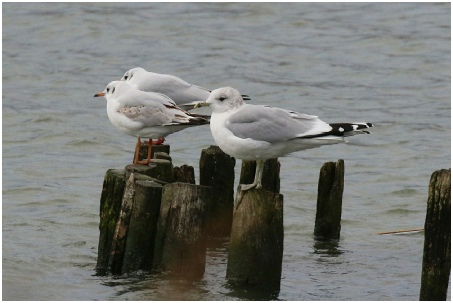 Me & Mum went to Llanelli WWT with the Dursley Bird Watching Group. We headed down to the British Steel Hide while it was high tide to see if the Curlew Sandpiper was there. We saw Dunlin, Common Redshank & Greenshank, but no Curlew Sandpiper. Loads of Greylag Geese were seen from the hide. A Spoonbill was fast asleep on one of the islands. Outside the hide, we saw a passing flock of Long-tailed Tits. A Robin was perched on a picnic table. We headed for the Michael Powell Hide, where we saw a few more Greenshanks. We also had a slightly better view of the Spoonbill. This Immature only woke occasionally to preen & stretch it's wings. It also got distrubed when a flock of Greylags took flight. A Magpie was foraging close in front of the hide. There wasn't much in a way of wild Birds to photograph, so I did a few of the collection birds. A few Common Darters were on the wing. We saw a Whooper Swan from one of the hides, but not sure wether it's a wild one or not. We saw a few of the Lego sculptures around the grounds including Kate the Kingfisher, Fred the Frog, Suki the Spoon-billed Sandpiper, Bruce the Red-breasted Goose, Natalie the Nene, Chris the Crane, Flavia the Flamingo, Lottie the Otter and Emily the Emperor Dragonfly. We only missed seeing Mac the Mallard. It was a great day out! 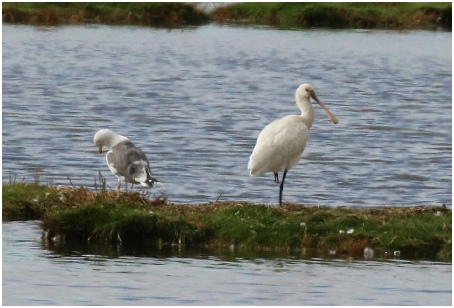 We went to Westhay Moor to try & see the Bearded Tits, but we arrived late morning & missed them. A Great White Egret was fishing in one of the ponds. There was nothing much around apart from a few Mallards, Mute Swans, Coot & Moorhens. A couple of Migrant Hawkers were on the wing still along with Common Darters & Red Admirals. Just as we were just about to leave, a Juvenile Hobby flew over the car park. We headed to Canada Farm hide at the Hawk & Owl Trust Nature Reserve & had a look for Kingfishers. The water level was very high, so there wasn't much from the hide. We saw a few Speckled Woods along the path. We headed back through Cheddar to Chewton Mendip. While we were passing, Dad spotted a Dipper on the river. We quickly parked up & we walked back down to where it was, but sadly it got disturbed by people walking. Nevertheless, the Grey Wagtail showed by the small stream. We finished the day off at Chewton Mendip Plain. The Female Great Bustard had been present in one of the fields near the main A39 road for the past few days. This Female was from a release group in 2016 & was one of the birds from Salisbury Plain. It remained faithful to the site and was last seen on 8th October. We headed back to Chew Valley Lake and at Heron's Green Bay, we saw up to about 20 Great White Egrets. At the number one Picnic Site, 2 Egyptian Geese were still present. 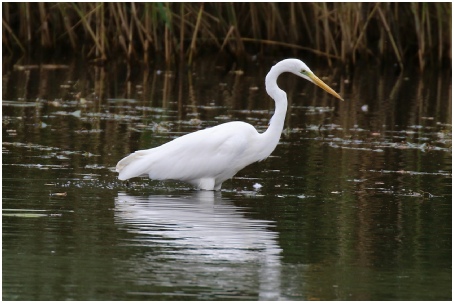 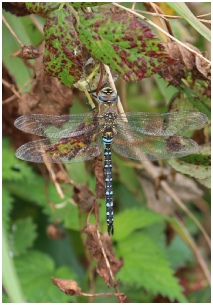 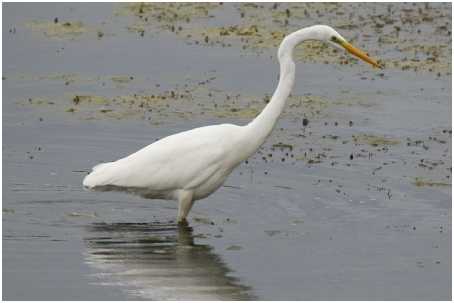 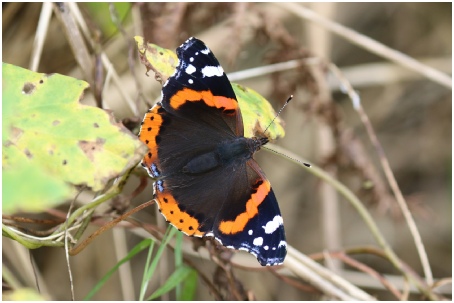 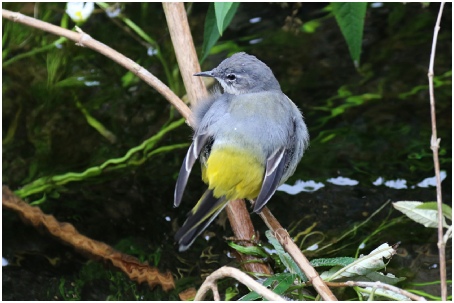