We got up at 6:30 for an early morning walk along the river. A Garden Warbler showed well out in the open singing his heart out. A Raven was being mobbed by 2 Carrion Crows. Lots of Common Swifts were flying around and were nesting underneath the roof of the hotel. We also saw Barn Swallows, Grey Wagtail, Common Sandpiper, Pied Wagtail, Dipper, Song Thrush & Reed Bunting.

After breakfast we headed up to Anglesey over Britannia Bridge. We started at the Alaw Estuary in search of the Red-footed Falcon, which was reported the previous evening. We saw the Male Red-footed Falcon on the far side of the estuary and was viewable through the telescope. There was Knot, Dunlin, Whimbrel and Sanderling. A pair of Orange Tip Butterflies were mating nearby. A Whimbrel was foraging on the beach briefly and flew off when we were walking back to the minibus. We had a brief stop at Holyhead to look for Black Guillemot. We saw a couple of distant birds. At South Stack RSPB we saw Common Guillemots, Razorbills, Gannet, Shag, Kittiwakes, Rock Pipit, Puffins & Common Whitethroats. In the surrounding fields we managed to catch up with the Choughs and a Hooded Crow. After lunch we headed up to Cemlyn Bay. We parked further along from the car park and looked over to the Tern colony. I walked down the road to photograph an obliging Grey Heron. A Mediterranean Gull in full Summer Plumage flew over & called. Cemlyn Bay is the best place in North Wales for Sandwich Terns. Cemlyn has also a small population of both Arctic & Common Terns. A few waders were noted such as Ringed Plover, Golden Plover, Grey Plover & Dunlin. A Grey Seal was seen very distantly from the beach and a Turnstone which was moulting into Summer Plumage. 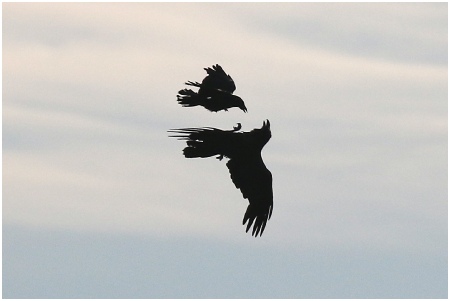 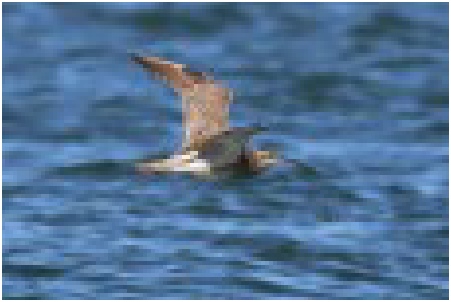 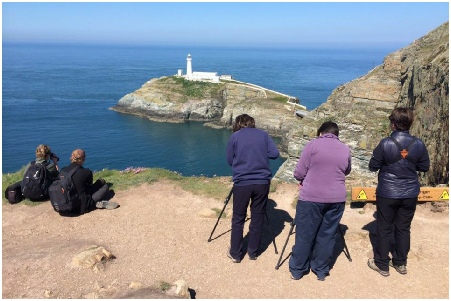 The Group at South Stack RSPB

Me & Mum headed up to North Wales for a few days with the Biggest Twitch. Dad dropped us off at our hotel in Trefriw. Trefriw is set in the beautiful Conwy Valley. There was a report of a Citrine Wagtail at Morfa Madryn Nature Reserve, so after lunch we headed off to see if it was still around. The Female Citrine Wagtail was very elusive and couldn't be found. We see a Male Yellow Wagtail, Little Egret, Lapwings, Canada Geese, Greylag Goose, Common Redshank, Buzzards, Female Goosander & Sedge Warbler. But no Citrine Wagtail sadly. A Red Kite was unexpected bonus. 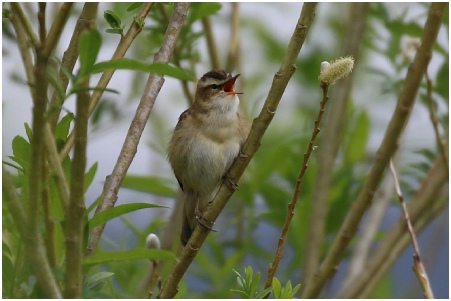 We got up early & headed to some moorland in search of Black Grouse. We had excellent views of displaying bird around 7:00-8:00 in the morning. The sun had risen & the birds were still displaying. It was nice to see them in the sunshine. Sometimes a glossy blue sheen chould seen from the sunlight on the bird's back. There was other birds on the moor which included Northern Wheatears, Skylark, Willow Warblers, Mistle Thrush, Meadow Pipits, Cuckoo & Great Spotted Woodpecker. After breakfast, we our made to the RSPB reserve at Burton Mere Wetlands. From the visitor centre, we saw Black-headed Gulls, Avocets, Black-tailed Godwits, Great White Egrets, Lapwings, Spoonbill, Oystercatchers & Common Gull. We moved onto the first hide where we saw a Summer Plumaged Ruff, Little Ringed Plover, Great White Egrets, Sedge Warbler, Common Whitethroat, Grey Heron & a pair of Garganey. Further along was a viewpoint, which surprising was where three Pintails were feeding. They are common Winter Visitors in Britain & should really be heading off to breed in Scandivinava, but these 3 seem to be choosing to spent the Summer here. There are only 2 Hides on the reserve & from the last one, we saw a Great White Egret which was being mobbed by a Black-headed Gull & it disappeared into the reeds. A few Black-tailed Godwits were also present in front of the hide. We had 2 brief views of a Cetti's Warbler. On the boardwalk was a Larvae of a Drinker Moth. A couple of Great White Egrets flew past. Back at the Visitor Centre a couple of Little Gulls were seen briefly before being chased off again by the larger Black-headed Gulls. Our last port of call for the day was in the layby overlooking Conwy RSPB, before heading back to our hotel for dinner. 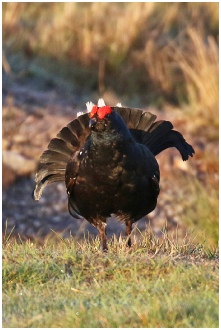 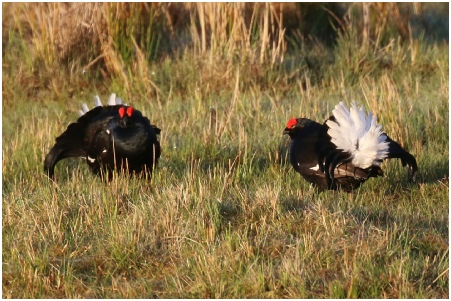 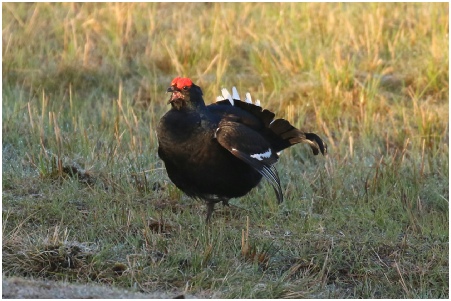 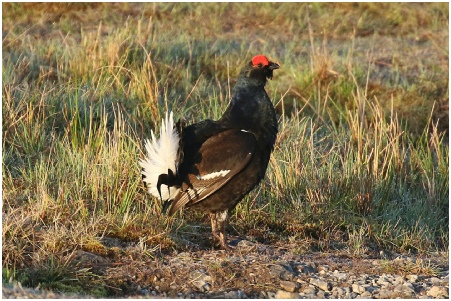 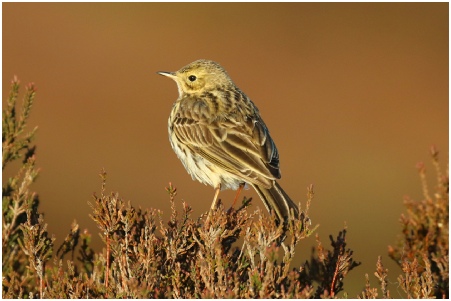 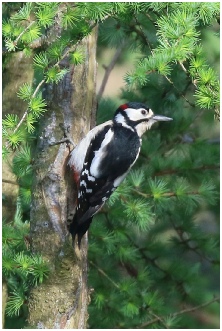 We started with an early morning walk & the first bird of the day was a Red Kite perched in a tree. There was a dead sheep in the juncas and the Kite was waiting for a Buzzard to finish, before flying down to the carcass. A couple of Juvenile Herons were waiting to fed in a nest. We headed to a bit of woodland near Betws-y-coed, which is good for Pied Flycatchers and Common Redstarts. A couple of distant Female Pied Flycatcher and a pair of Common Redstarts were seen. We also saw a distant Tree Pipit, Common Frog, Raven and a Mistle Thrush. We headed to Beaumaris, on Anglesey, where we boarded the boat for a cruise around Puffin Island. On leaving Beaumaris we saw a couple of Common Eiders. As we made our way around Puffin Island, we saw big flocks of Razorbills & Common Guillemots flying over. Also swimming on the water. There was only one Puffin swimming with the flock, probably the others were down in their burrows. Also Grey Seals and a few Kittiwakes. It was a bit ‘lumpy and splashy’ on the boat. On our way back to Beaumaris we saw a least one Black Guillemot swimming. After lunch we headed up to Henllys Hall in search of some Red Squirrels. We saw Goldcrest, Speckled Wood Butterflies & Coal Tit but no Squirrels. Afterwards we went to Treborth Gardens where a camra trap had been put out by the Squirrel feeders. We had a look at some of pictures of the Red Squirrels that the camera had taken, but it even showed some Grey Squirrels are in the woodland as well. Which is not good news for the delightful little Red Squirrels. We headed back to the hotel early, in order to have something to eat before heading out again. We went to a private site for an evening's Badger watch. The fields are also grazed by Fallow Deer.  At dusk the Badgers emerged from the sett to begin their nocturnal foraging for earthworms. I managed couple of pictures, just before it got too dark. The rest of the time I watched them through my binoculars. Many thanks to Rebecca Clews-Roberts for showing us the trail cam footage and the Badger watching. It was a wonderful & magical evening! 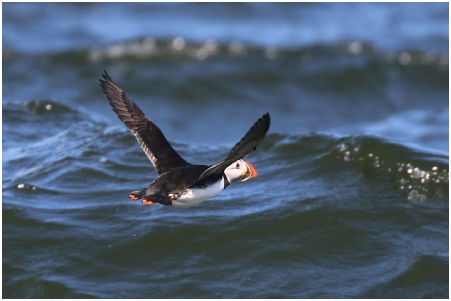 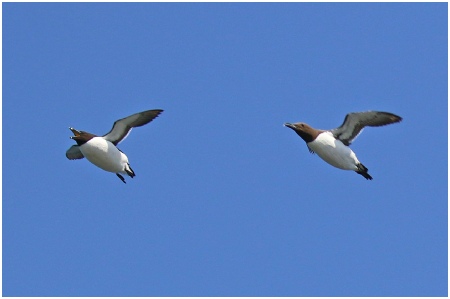 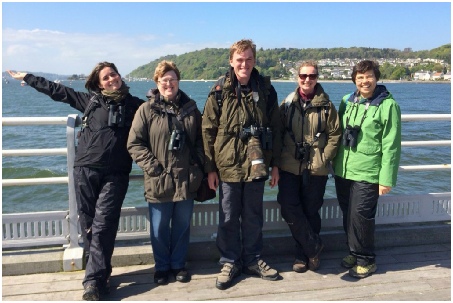 Our last in North Wales began in the Welsh woods of Siabod. We managed to see a Male Pied Flycatcher, Willow Warbler, a pair of Common Redstarts and a very showy Wood Warbler.  We headed along Nant Franco Valley and a Male Common Cuckoo was perched in a small tree calling. A Male Ring Ouzel was perched on distant rock. Our final port of call was Aber Ogwn, where we saw Little Egrets, Grey Herons, Eiders, Goosanders, Coal Tit and Nuthatch. It was a great week and we really enjoyed it. Thanks to Ruth & Alan for guiding and thanks to Becky & Giuliana for their company. 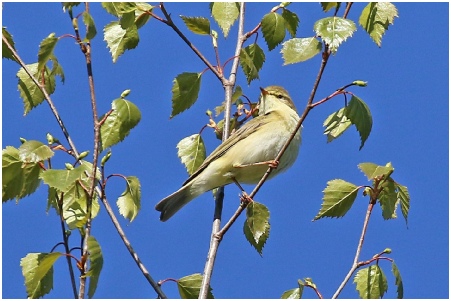 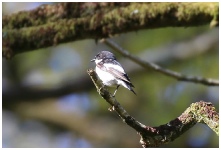 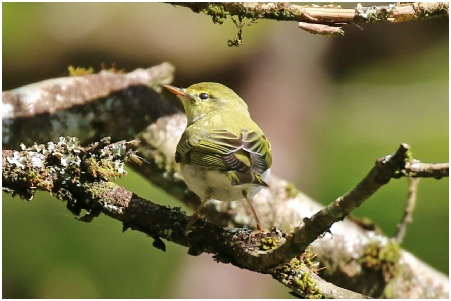 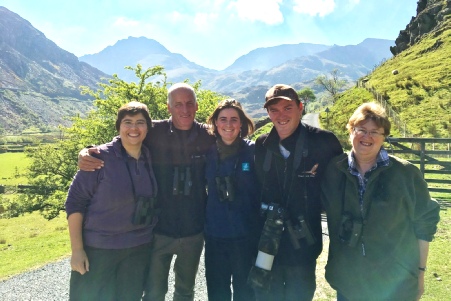