We loaded up the minibus and started on our journey home. But not before visiting another RSPB reserve, this time at Backtoft Sands. A couple of Juvenile Long-tailed Tits were feeding in the car park givinf everyone excellent views. From the Visitor Centre we saw Marsh Harriers doing a food pass, Juvenile Bearded Tits, Garganey & Teal. At times we didn’t know which way to look as so much was happening at once. From the nearby Xerox Hide, we had another view of the Garganey, also Ruff & Spotted Redshank. We then went to Marshland Hide & a pair of Juvenile Greenshanks showed well feeding in front. Avocet were feeding at the back with 2 hatched chicks & a Juvenile Bearded Tit was in the reeds behind. A couple of Spoonbill suddenly made an appearance out of the reeds. This is proably the first time I have photographed Juvenile & Adult together, except in a flock. We had good views of a Male Marsh Harrier from the Singleton Hide and from the next, we saw a pair of Green Sandpipers. On our way back to the car park, we saw a Sedge Warbler siinging on top of an umbellifer. Back in the car park, a Juvenile Robin was hopping about and a Brown Hare walked across the path. We then started to head back. Thanks to Ruth & Alan for leading & personal thanks to Ray, Richard, Paul & Shirley for their company. 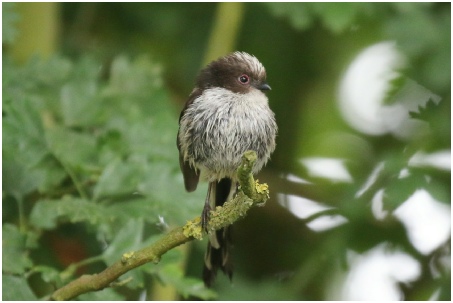 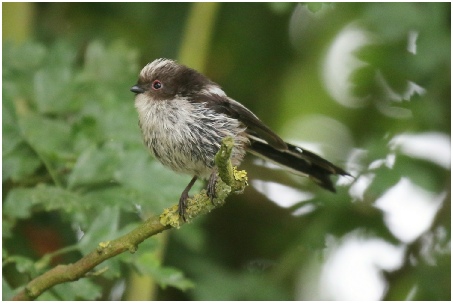 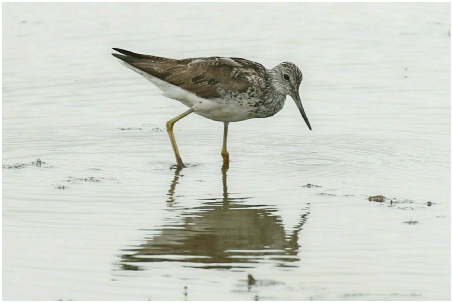 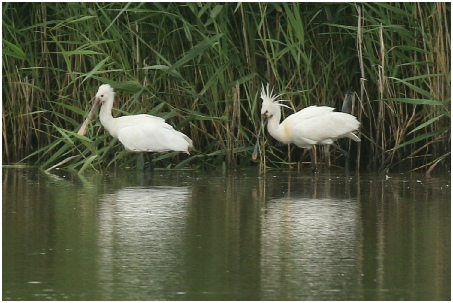 After breakfast, we headed northwards to the forest of Wykeham. It was a short walk to the Raptor watchpoint, so we all carried a foldup chair to sit on as we might have a long wait. Almost immediately we had settled down we saw a distant Goshawk flying over the trees. A Tree Pipit singing on top of a conifer kept us entertained. Some Common Crossbills flew over twice calling all the time. We also saw Coal Tit and Siskin. But the star bird was the Honey Buzzard, which is a rare Summer Visitor. As their name suggests, they feed mainly on Bees and Wasps. There were at least 3-4 birds seen during the morning. . The Male displayed to the Female several times during our visit. We sat in the sun watching them and having our picnic lunch.
In the afternoon, we returned to Bempton Cliffs RSPB for a second look. Common Guillemots, Razorbills, Kittiwakes, Puffins & Gannets all showed well on the cliff face. A few Feral Pigeons were noted, sadly not true Rock Doves. One Guillemot Chick was waiting on the edge of the cliff, for the parent to come back with food. A few larger Herring Gulls also patrolled the cliff. We also Razorbill chicks. Then it was one final look at the lovely Tree Sparrows that were around the Visitor Centre & cafe area before heading back. 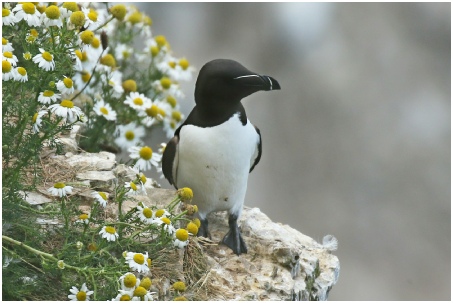 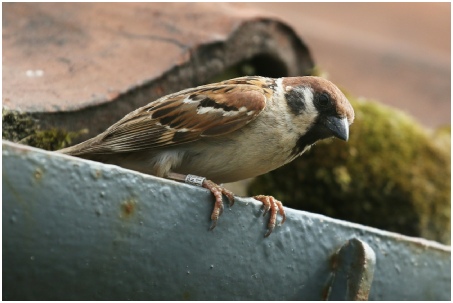 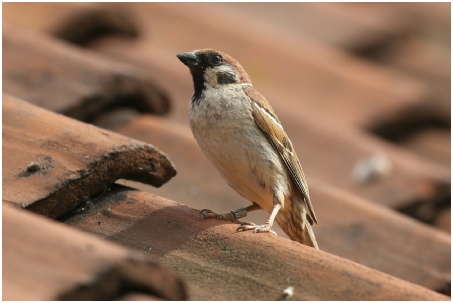 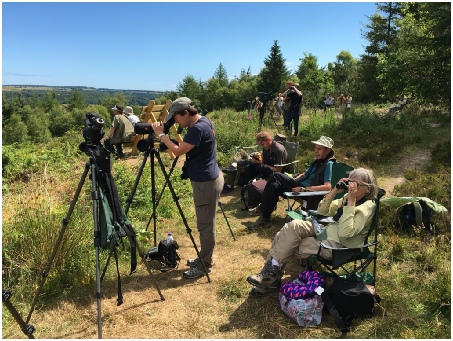 The Group at Wykeham Forest viewpoint. Photo The Biggest Twitch

After we had breakfast early, we headed a short way to the RSPB reserve of Bempton Cliffs. This superb reserve looks over the North Sea. The Tree Sparrows were around the Visitor Centre, but there were no feeders this year for the Sparrows to feed on. There were loads of Common Guillemots, a few Razorbills & Kittiwakes with nearly grown Juveniles. Ringlets were on the wing around the reserve. Mum and I left the others for a while and went to look for a real special bird - the Grasshopper Warbler. This member of the Locustella Warbler, sounds very similar to the Savi's Warbler but slightly higher. We had been hearing it for most of the morning, but it was proving difficult to see. We walked along the hedgerow listening for it and eventually we managed to see it when it suddenly flew to the top of a bush just by us and started to sing. The song is supposed to resemble a fisherman's rod reeling. Afterwards it flew back down into the grass & sang from deep cover. But we had amazing close views of it. There were loads of Gannets flying around the cliffs of Bempton in various stages of plumage. Some were 2nd Year birds, 3rd Years, 4th Years or Sub Adults & mainly Adults. A few had newly hatched chicks. Puffins on Bempton are usually only in small numbers, compared to the Farnes. More Tree Sparrows showed by the cafe. A couple of Male Reed Buntings were singing in the field and some Fulmars cruised up & down the cliff. After seeing the Gannets, we started to make our back to the Visitor Centre. The temperature was getting very high so we made our way back to our accommodation for the afternoon spotting a Little Owl on the way. It was decided to have a rest and watch England playing in the World Cup on TV before going out for our evening meal. 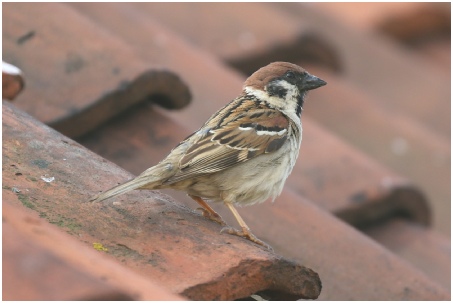 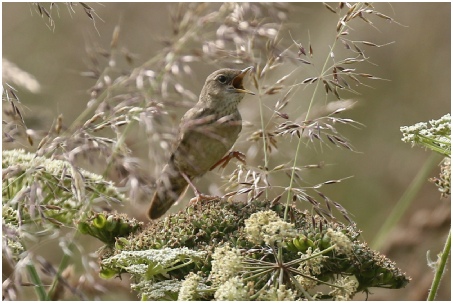 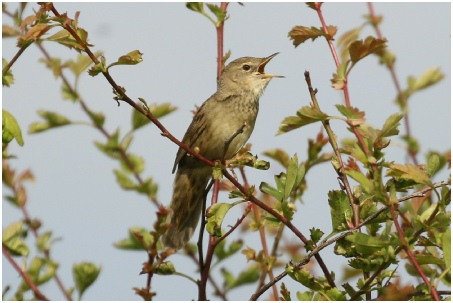 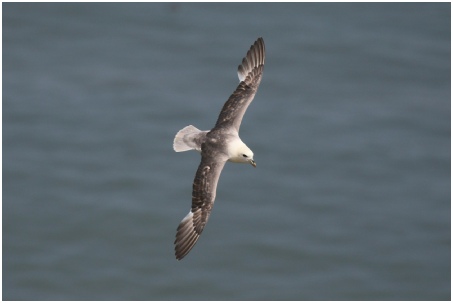 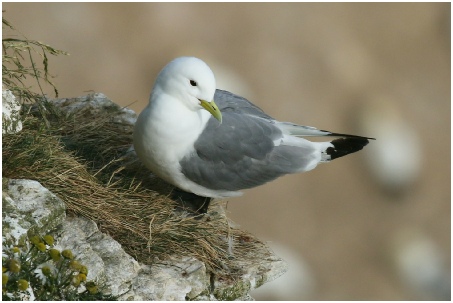 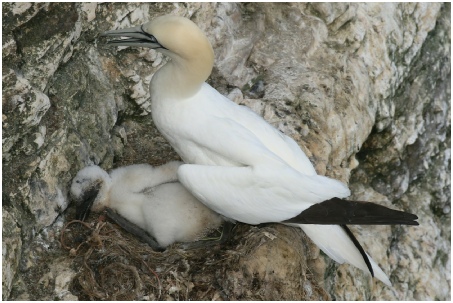 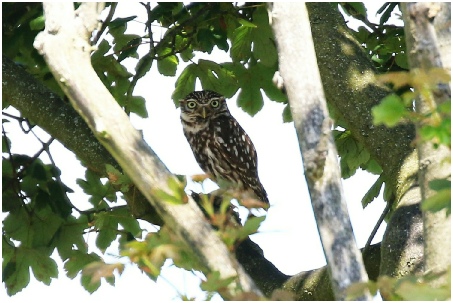 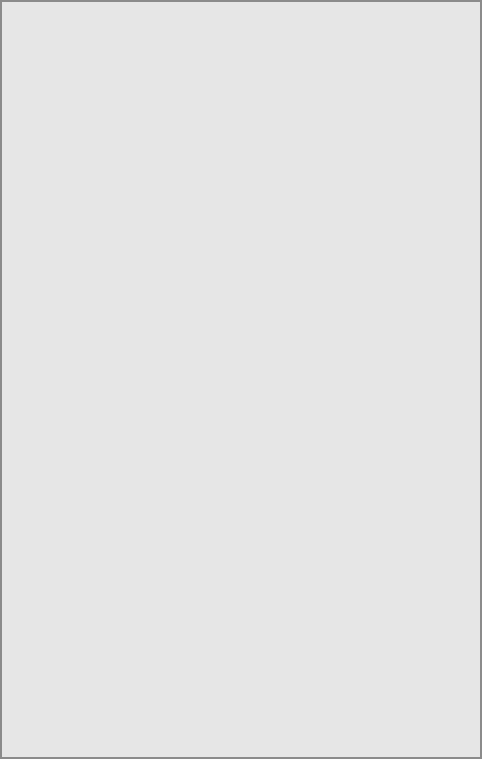 We popped into Cors Dyfi Osprey Project to see how the Ospreys were doing. Glesni never came back this year and Blue 24 had gone to another area to breed, so there was a new female on the nest with Monty. The chicks were due to be ringed the following week and were doing well.

Ruth & Alan of The Biggest Twitch picked us up from our B&B and we headed off to pick Ray up. We had lunch in Howden meeting the others that were joining us there. After lunch, our first stop was the YWT reserve of North Cave Wetlands. We saw a couple of Great Crested Grebes, Juv Mediterranean Gull, House Sparrow, Juvenile Great Tit, Juvenile Robin, Marbled White, Chaffinch, Black-headed Gulls, Little Grebes, Mute Swan, Common Snipe & a presumed escaped Black Swan.

We then headed to our accommodation at Buckton near Bempton Cliffs RSPB. In the evening before dinner, we went to Flambrough Head for a bit of seawatching. A Long-tailed Skua was spotted flying north past the cliffs distantly, but sadly me & Mum missed it. We saw a couple of Gannets flying past & Fulmars nesting and also flying. A Grey Seal was swimming below and a few Kittiwakes flew past below the cliffs.

After watching the seabirds for a while we headed off for our evening meal. 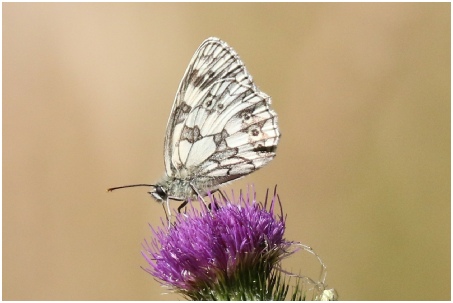 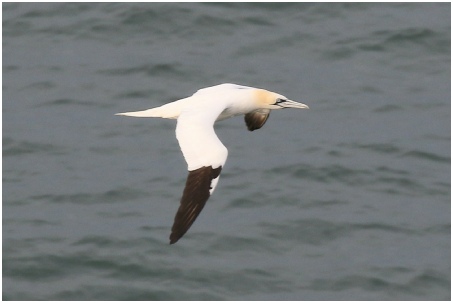 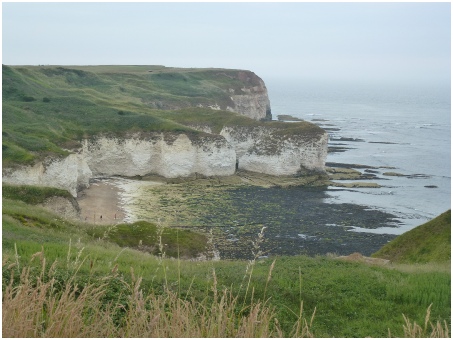 We had a quick look by the Dyfi estuary, when I spotted a White-letter Hairstreak in the tree. Afterwards we continued to the B&B in Llandudno, where we said our goodbyes to Dad for the next couple of days and he headed back home.

Dad joined us in the B&B at Llandudno the previous evening. So after breakfast, we headed off to explore the isle of Angelsey. We started at South Stack RSPB looking for Choughs. We saw Common Blue Butterfly & Graylings, but no Choughs. There was a Rock Pipit feeding young & Mum saw a Lizard on the wall. We headed along the coastline to look for the Choughs. We managed to find a solitary bird feeding in one of the fields. After a while it took off calling.

We moved to another bit of coastline at Cemlyn Bay NWWT reserve. There are good number of Sandwich Terns that breed here. A few of both Common & Arctic Terns were here as well. A couple of Sandwich Terns were bathing in a shallow pool. Some were flying out to sea & returning to the colony with beakfulls of fish. There were a few recently fledged Juveniles. There was even a pair doing a courtship feeding dance, which is a bit late in the year for that. A Sub Adult Sandwich Tern was present amongst the flock. Afterwards we started to make our way back home after a wonderful few days. 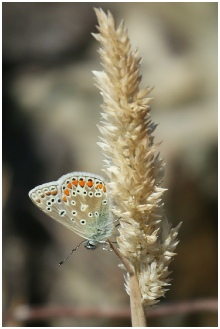 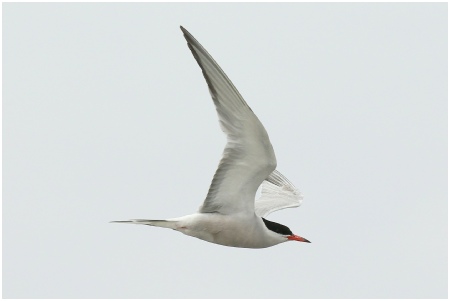 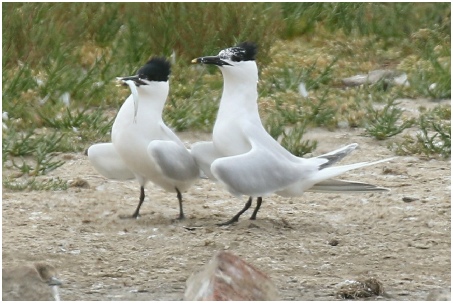 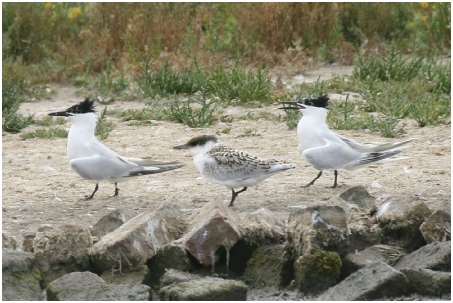 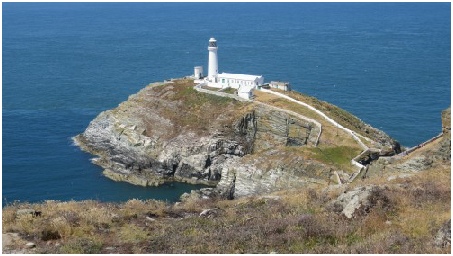